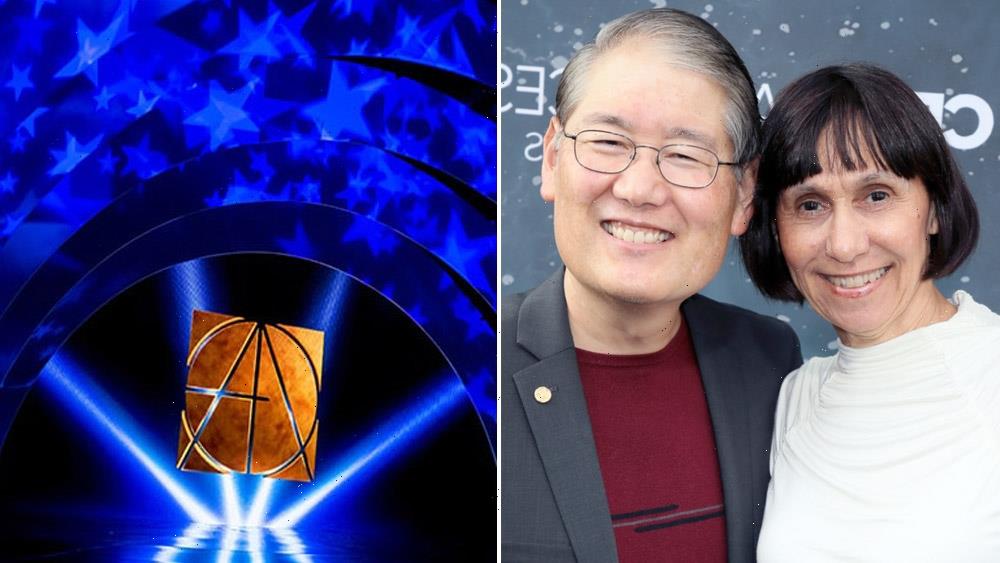 The Okudas’ award will spotlight their artistic contributions not only to numerous Star Trek films and TV series, but also to many other space-related dramas—also recognizing their collaborations as creative producers for new visual effects, among other accomplishments.

With its 26th edition, the ADG Awards is set to return to its traditional in-person format. The ceremony honoring excellence in production design across theatrical motion pictures, television, commercials, music videos and animated feature films will take place in the Wilshire Grand Ballroom of the InterContinental Hotel Downtown on March 25, 2022, with three other Lifetime Achievement honors handed out.

“The roots of Graphic Design for Film and TV can be easily traced back to Michael and Denise Okuda and their work on the Star Trek franchise,” said STG Council Chair Clint Schultz. “Through graphic design, the Okudas added a unique visual language to sets, whether it was through props, signage or their graphical user interface for playback (also known as Okudagrams). Additionally, their work on Star Trek led to “real-world” graphic design opportunities and lending their artistic talents to NASA’s various space programs.

“On behalf of the Scenic, Title & Graphic Artists council, we proudly salute the Lifetime Achievements of Michael and Denise Okuda,” added Schultz. “They continue to work and inspire all of us within the craft and are the true definition of teamwork.”

Michael Okuda is lead graphic designer on all things Star Trek and has earned screen credits on more Star Trek productions than anyone except creator Gene Roddenberry. The multiple Emmy nominee has been responsible for everything from designing control panels to inventing alien written languages on the many Star Trek iterations. Remarkably, his involvement in space hasn’t been limited to fiction—he has also designed various emblems and logos for NASA. His designs can also be found at the Kennedy Space Center Visitor Complex, the Planetary Society and the Smithsonian National Air and Space Museum.

Michael Okuda has worked, outside of the sci-fi genre, on acclaimed TV series including The West Wing, along with such films as Sully and Richard Jewell. He is a member of the Television Academy, the Art Directors Guild and the Visual Effects Society, and is an affiliate member of the Manned Spaceflight Operations Association.

Denise Okuda served as video/computer playback supervisor and as a graphic artist on seven Star Trek TV series and motion pictures. Additional credits include pilots for Threshold, Star Patrol!, The Flash and The Osiris Chronicles. She recently served as a graphics consultant on the Netflix series Space Force. With her husband Michael, she also also written several editions of The Star Trek Encyclopedia, two editions of The Star Trek Chronology: The History of the Future, and On Board the U.S.S. Enterprise. She is a member of the Art Directors Guild and currently serves alongside Michael as a technical advisor on the Apple TV+ space drama For All Mankind.

‘Ghostbusters: Afterlife’ Opening: We Came, We Saw, We Kicked Up $44M+