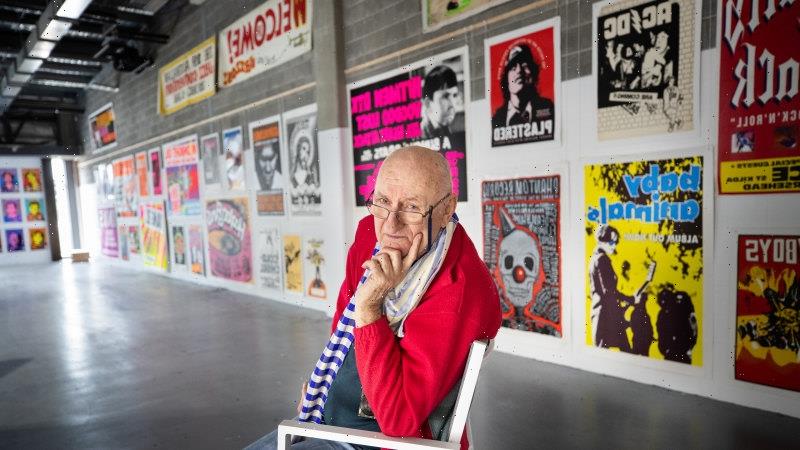 For an opera fan, Nick Vukovic has one impressive collection of popular music posters.

It numbers half a million, and spans seven decades. It includes posters promoting shows by rock, punk, pop, hip-hop and rave acts. 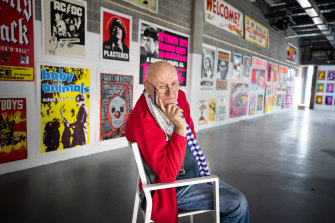 Nick Vukovic with some of his 500,000 music posters. Credit:Jason South

But the former refugee, who also collects postcards, watches and porcelain dolls, does not favour any of these musical genres. In fact, he’s rarely visited the sticky-carpeted venues advertised on the posters he collects. “I prefer to listen to opera,” he says.

Instead, Mr Vukovic is motivated by his love of poster art.

“I was driving a taxi [in the early 1980s], and I saw those beautiful posters [in] traffic in South Melbourne, under a bridge, and I said to myself, ‘Oh gee … I better find out who is doing them’,” he said.

“I just loved the way they looked; the artistry and the colours. Importantly to me, they represented a visual history of my passion for ephemera and its place in time.”

An obsession was born, and posters were bought, exchanged and donated, crowding Mr Vukovic’s home in Melbourne’s western suburbs, where they lay gathering dust.

That was until he met businessman Greg Rako, who was looking for a few music posters to adorn his man-cave.

“As a music nut, I couldn’t believe this crazy old bastard had built this amazing collection, and had never exhibited it,” Mr Rako said.

Mr Vukovic, on the other hand, had always wanted to share them with the world. 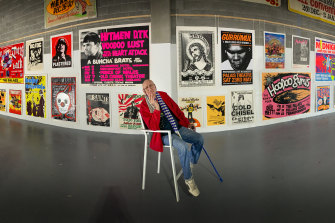 More than 800 of collector Nick Vukovic’s rock posters will be exhibited in Docklands.Credit:Jason South

The pair quickly agreed to hold an exhibition of up to 10,000 posters, as well as badges, stickers, fliers and more, featuring Australian artists.

Among the collection – which only features original prints – are posters for the Sunbury Music Festivals from the 1970s, INXS at Heathcote Oval in 1984, Crowed House at Festival Hall in 1987 and multiple Big Day Out festivals from the 1990s to 2010s.

Visitors will be reminded of wild nights at infamous Melbourne venues, such as the Crystal Ballroom, Festival Hall, Metro, the Espy and the Palace.

“They will also revive memories of concerts, posters on walls, dances and the music of your youth,” curator Bev Plowman promised.

“We hope to touch people’s hearts to remind them … of the past and moments of where they went,” Mr Vukovic said.

Pasted and Wasted opens on Friday at the District precinct in Melbourne’s Docklands, and will be open at weekends at least until the end of this year.

It will include information sessions with artists, including Paul Stewart from the Painters and Dockers and St Kilda punk identity Fred Negro. There will also be stalls from record and music memorabilia retailers.

Mr Rako said a portion of the profits would go to the Artful Dodgers, a music charity that helps young creatives, and CrewCare, which provides support to music industry workers.

The District Docklands is holding a free live music event, District Live, on the opening weekend, with Daryl Braithwaite and Joe Camilleri performing.

Mr Rako hopes the exhibition will help support Melbourne’s music industry, decimated by the state’s six lockdowns, and bring people back into the CBD.

“This is an opportunity to have a bit of a reset, celebrate music, have a wonderful day at little cost and get bums off couches and into the city that we all love,” he said.

Pasted and Wasted costs $10 for adults and entry is free for children.