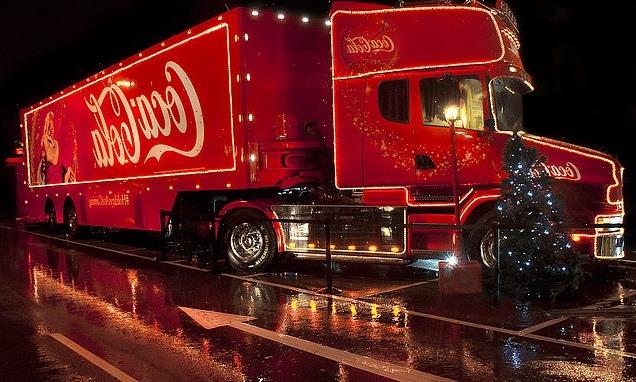 Holidays ARE coming! Coca-Cola’s annual festive truck tour returns and kicks off in Glasgow on Wednesday – but nationwide dates will be released ‘region by region’ in case of Covid-19 disruption

Christmas fans, rejoice! Coca Cola’s festive truck will kick off its annual tour of the UK in Glasgow – although organisers have revealed it’ll be a little different to normal.

It comes after the disappointment of last year when the famous red truck was cancelled for the first time in 10 years due to the coronavirus pandemic.

The 14-tonne lorry decorated with fairy lights and giving out free cans of the fizzy drink has travelled around the country for the last nine years, stopping at shopping centres and supermarkets.

And the iconic truck, which signals to many in Britain that Christmas is around the corner, will begin its festive tour at the Silverburn Shopping Centre in Glasgow on Wednesday, November 24.

However, a spokesperson told The Daily Star that while the truck will be blasting the much-loved tune ‘the holidays are coming!’ throughout the streets, organisers have had to tweak plans due to Covid-19 fears – meaning other dates will be released at a later date. 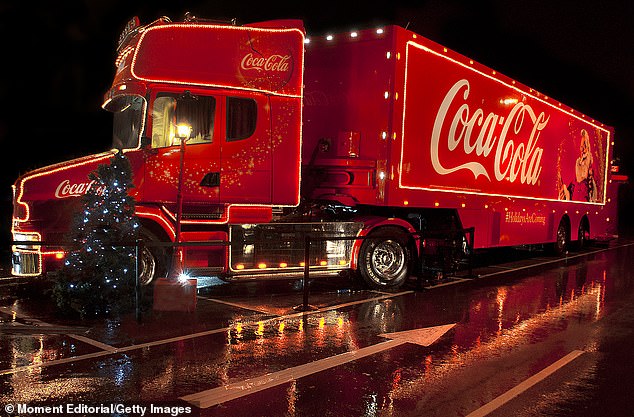 Coca Cola’s annual festive truck (pictured, in December 2012) will kick off its annual tour of the UK in Glasgow – but organisers have revealed the event will be a little different to normal due to Covid-19 fears

‘The team behind the amazing truck tour understand that everyone is really keen the truck comes to their town because people love it,’ they wrote.

‘But it has been an unprecedented year and because of this things will be a little different. There won’t be a long list of dates announced at once.

‘The locations are still being finalised and will be announced region by region when they are confirmed and people will still have enough time to plan their visit.’

A source went on to explain that this is so people aren’t left disappointed if further Government restrictions are implemented further down the line. 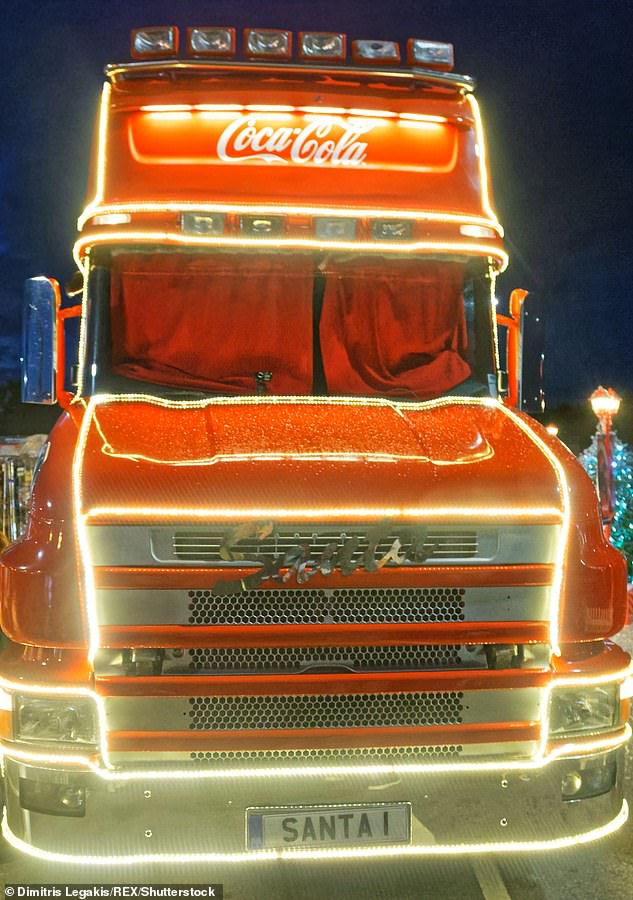 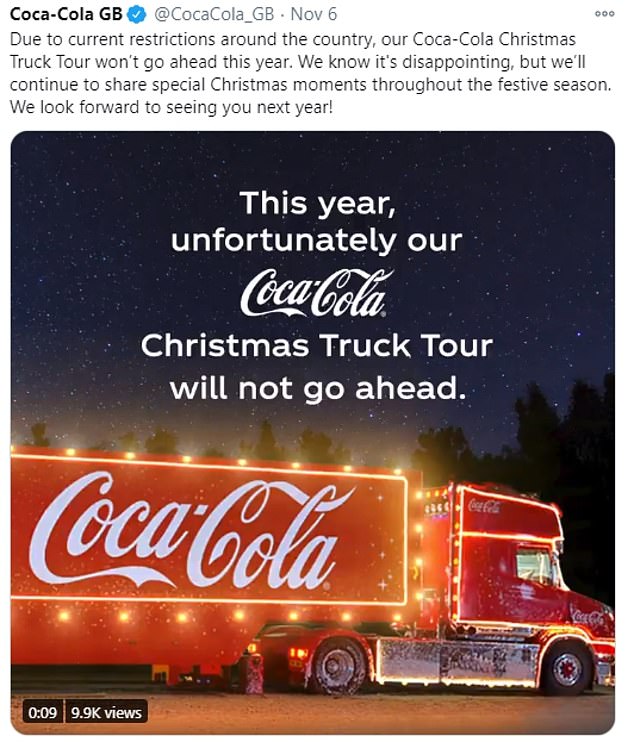 Posting on Twitter last year, a spokesperson for the soft drinks manufacturer explained their decision was based on current guidelines in place to reduce the spread of coronavirus

‘Coca Cola wants to be able to give everyone that Christmas magic,’ they said. ‘This Christmas is more important than any other year and they don’t want people to feel let down, so we need to make sure everything is right.’

Hundreds of fans are expected to turn out to see the much-anticipated festive truck – including one women who tweeted: ‘Patiently waiting for the Christmas @CocaCola_GB truck tour to be announced…’

In response, the drinks giant replied: ‘Keep your eyes on our socials…’

When another Christmas fan asked: ‘So not even a clue if it is coming back?’ Coca-Cola teased: ‘Holidays are coming…’ followed by a Santa Claus emoji. 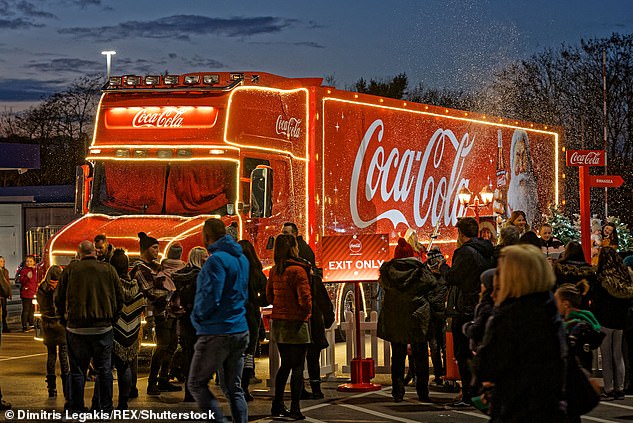 Coca-Cola has received backlash for their truck tour on numerous occasions due to the sugar content in their drinks. Pictured: The Coca Cola truck in 2018