Jill Martin is engaged again – to her ex-fiancé, Erik Brooks!

Page Six can exclusively reveal that the “Today” show contributor is back with her former beau, and they are now preparing to wed after Brooks proposed on Harbor Island in the Bahamas.

The couple split during the pandemic last year after trying to work through their long-distance relationship.

“Deciding to end our engagement last year was heart-wrenching,” Martin, 45, admitted in an essay penned for Today.com. “I used to say, ‘It literally takes my breath away to picture my life without him.’”

She added, “But our relationship couldn’t stay the way it was. We needed a pause. A long pause. And we took it.” 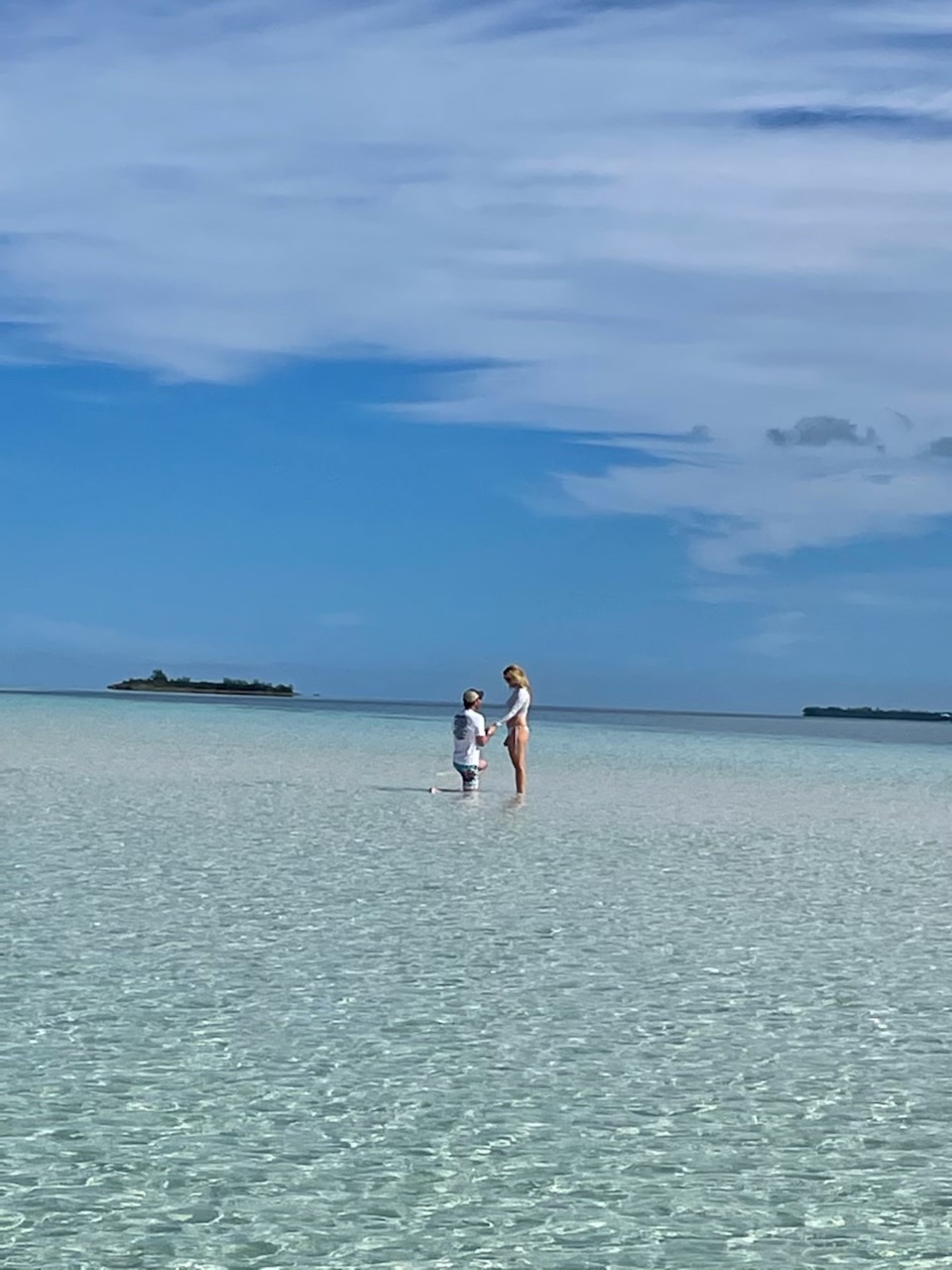 Although Martin previously told us that she was back on the dating scene, she revealed that she was actually the who called up Brooks, 55, again after 18 months apart.

“When I called Erik on that random Thursday a few months ago, he was shocked to hear from me,” she recalled. “He took time to process that first conversation and then we began to learn about each other again. We wanted to make sure this time would be different. Better.”

Martin added she loves the way Brooks loves her, but also “how I feel about myself when I am with him.”

“I am the best version of myself when we are together,” she explained. “I feel confident, smart and happy. We laugh all the time. While we still fight sometimes, we limit the drama. Misunderstandings that used to last for a weekend now last minutes.”

Brooks, who works in private equity and has three children from a previous marriage, first proposed to Martin in the Hamptons in May 2019.

“Our first engagement was extravagant and over the top: flowers, a tent, pictures, our families, cameras, lights … very dramatic and grand. This time around it was different. It was beautiful, but it was different,” Martin shared. “We were on a small fishing boat in the Bahamas. It was just the two of us and, lucky for us, a couple on another nearby boat told us afterward that they took a picture of us while Erik was proposing.”

She continued, “Thank goodness they happened to be in that spot in the middle of the ocean – the snapshot later took my breath away. Erik simply said, ‘I can’t wait to spend the rest of forever with you.’ And we were engaged. Again.”

Martin, whose holiday “Deals and Steals” will stream on Peacock starting Monday, also said that everyone’s journey “is different.”

“It took me 45 years to find my fairy tale. When I realized I was confident on my own, that’s when I knew Erik and I were ready to get back together,” she said. “The realistic version of my fairy tale was ready to be written.”