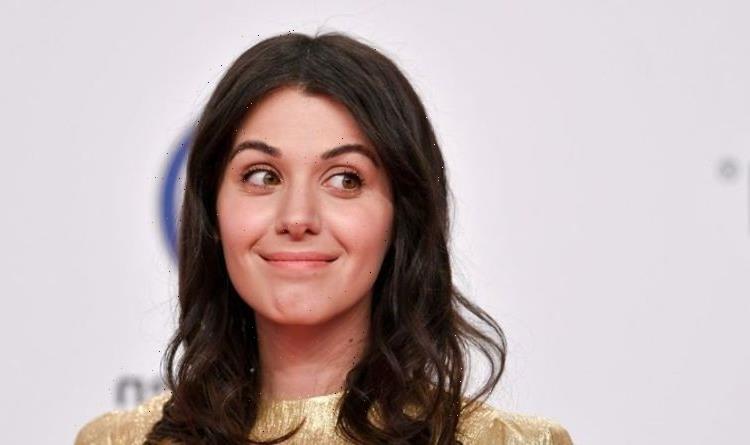 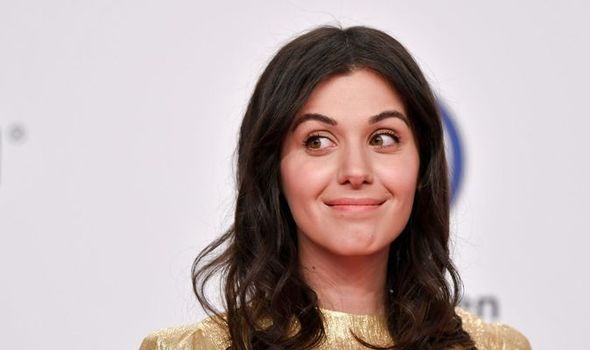 Both were written by Wombles songwriter Mike Batt who discovered Katie, aged 19, at the world-famous Brit School in London and made her a global star. Now 37, she’s achieved eight UK top 10 albums and has performed for everybody from the Queen to the late Nelson Mandela and supported her childhood heroes Queen.

Yet whenever her name is mentioned, it’s usually in the same breath as Nine Million Bicycles, which was released 16 years ago now. Does that bother her?

“You know, because of that song, I live where I live,” Katie says, gesturing to the cavernous west London home behind her as we chat over Zoom. “I’ve been able to buy my folks a place [in Paddington] and I can’t deny that.”

Katie, the daughter of a heart surgeon, was Europe’s biggest-selling female artist in 2006 and was reported to be worth £18million in 2008.

That’s quite some achievement for an eight-year-old girl who struggled to speak English after moving with her family to Britain from Georgia.

Luxurious home aside, Katie seems more down-to-earth than most high-profile music stars. She is dressed in a plain white sweatshirt, soft curls below her chin, and looks relaxed, happy even.

The reasons for that soon emerge. First is Album No. 8. A languid, sultry record infused with ethereal strings, it earned her the best reviews of her career when it was released in October last year. Encouraged by that “love and respect”, she’s releasing an acoustic version next Friday.

“I didn’t want it to just be a pandemic record and thought what else can we do to keep it alive?” she says. “I’m proud of those songs and an acoustic version seemed apt.”

The lead track this time is a pared-back reworking of Remind Me To Forget about how nature can help to heal a broken heart.

Last year, Katie’s eight-year marriage to World Superbike racer James Toseland ended. She began writing the lyrics, following their split, on a November drive to a recording studio with two of her co-composers.

“We passed exquisite leaves on that drive and the song started with the burning colours of autumn,” she says. “I was writing down words and themes and the boys asked how I was doing as we [my husband and I] had separated by that point.”

She’s previously said Album No. 8 was not a “divorce record” but a reboot of the romantic, everlasting love she has “been guilty of” singing about in the past.

But a year on from her break-up, it appears the fairytale might have a second chapter after all.

“I have a new man in my life and that’s going super well and I couldn’t be happier,” she says.

She won’t disclose his name because, she says, their relationship is at an “earlyish” stage. But Kate says it’s already informed her songwriting.

“You become so sure of how you see life and love and then something else happens so it’s important not to be too absolutist,” she explains.

“On Album No. 8, that idea that we have given love too much air time was really strong in my perception of life – but now, when you’re in a good place, you want to see what of that can come into your work.”

Born in moved to her family year-old Her amicable split with former manager and mentor, Mike Batt, in 2016 was a turning point.

Now she’s enjoying the validation that comes from a “certain level of freedom, which I didn’t have as a youngster”.

“You have to take the punches,” she says.

“You can really learn from the critics too if you don’t take it too personally. I had a mad life in the music industry and things blew up for me very quickly.

“That happened besides a strong creative person in Mike Batt. I look back at that time and think those were great songs for a young Katie to sing.”

MET after Mike toured music colleges to find a young face for his songs and Katie impressed him with her original interpretations.

He convinced the producer of Terry Wogan’s Radio 2 show to play The Closest Thing to Crazy and the veteran Irish broadcaster became her number one cheerleader. “I was so fond of Terry Wogan,” says Katie, who sang at his memorial service in Westminster Abbey in 2016. “When you stepped into his room at Radio Two, he always had this aura of real gentleness and respect.

“He would be excited to see you, but very respectful and he always exuded this calmness that would calm me down.”

Katie’s ascent was meteoric. After her first album Call Off The Search and subsequent album Piece By Piece became international number ones, she toured the globe relentlessly and sang at many prestigious events.

She first performed for The Queen at Buckingham Palace in 2005 for a special concert featuring schoolchildren and then at Her Majesty’s 2013 Coronation Gala.

“It’s an honour to be asked to perform for The Queen,” she says now of the experience. And while she plays it down, Mike Batt shared a more candid story about the event. Recently replying to a mum on Twitter who said her child had flushed her knickers down a school toilet, he wrote: “Reminds me of the time @katiemelua lost her phone down the loo at Buckingham Palace. I swore I’d never tell anyone!”

Although Katie’s life seemed glamorous, in private she struggled with the relentless touring and demands of marketing executives, culminating in a breakdown in 2010.

She was admitted to London’s Nightingale Hospital for two weeks and placed on medication for two years afterwards.

Today, she is working with a “supportive” team at independent record label Reservoir.

“I don’t have to chase chart success,” she explains. “We live in a different world now. Back in the noughties, there was a black and white binary version of what success was and wasn’t whereas now there are so many differ- ent versions of it and I’m delighted. In terms of fame, it’s good to dip in and out of the red carpets occasionally.”

We talk a little about the fanfare surrounding Adele’s return, a Brit School peer, of whom she is a great admirer.

“She’s a phenomenal talent and brilliant visionary,” she says. Katie’s standing in Georgia, home to almost four million people, remains messiah-like. “I get to experience that crazy level of fame when I’m there,” she says. “The requests for interviews are relentless.”

She was born in Kutaisi, the country’s third biggest city and spent her early years living with her grandparents in Tbilisi.

Her uncles played Queen records and Katie grew up wanting to emulate Freddie Mercury – in 2003 she performed with Brian May in South Africa for Nelson Mandela.

The guitarist asked her after learning she was a huge Queen fan. “He was so sweet and friendly and I sang Queen’s Too Much Love Will Kill You – an amazing experience,” she said. “Judging by a photo we had taken, we could definitely be hair relatives – but I’d much rather have his guitar chops.”

Closer to home, it was her grandmother who encouraged her to sing.

“She was one of the few people who wouldn’t say ‘Oh, this is so cute’,” Katie remembers. “She would tell me I had to take it seriously.”

Her grandfather was a renowned local chef who cooked for politicians. “I remember them shooting guns in the midnight air, Georgia’s quite dramatic,” she says. “It’s why England has this peacefulness to it.” As a child, Katie regularly carried buckets of water up five flights of stairs. Blackouts were commonplace.

Her father moved the family to Belfast after getting a job at the Royal Victoria Hospital and they stayed six years before moving to Surrey.

Her parents are now considering retiring to Georgia. She has no plans to follow them but returns regularly and recorded her 2016 album Winter with the country’s all-female Gori Women’s Choir.

The lyrics on Heading Home, one of the tracks on Album No. 8, include the lines, “Around the hills and through the squares, We’ll pass the old boys playing chess, we’ll pick a side on the neighbours’ fights, I’m heading home”.

She says: “It’s that memory of going back to Georgia every summer and what it felt like to return to the homeland.”

These days, Katie is a perfectionist about lyric writing. Before making Album No. 8, she took a writing course at Faber & Faber and read Poetry Writing: The Expert Guide by Fiona Sampson, to bridge the gap between literature and records.

“Some people say I’m a bit mad about writing the perfect song and making the greatest record but it’s this adventure I’m on,” she laughs.

“I know I need to sometimes not take it too seriously because it can absolutely drive you crazy.”

Up next is a podcast with a friend about songwriting and record-making, plus something surprising.”I would like to have more fun and I’d like to see more lightness in my music,” she says. “I think it’s time we opened that door.”

It transpires she is thinking of releasing a dance record, inspired by the first post-lockdown wedding she attended.

“God, I’d forgotten how good it feels to dance,” she says. “Really good dance songs. I’ve been thinking about how good it would be to make songs for the dance floor but I’ve never been a clubber as you can imagine. We’re looking at something more fun and to make those of us who don’t dance, dance.”

Maybe 2022 will be the year we all boogy away to a floor filler by Katie Melua? You’d definitely get on your bicycle to hear that.