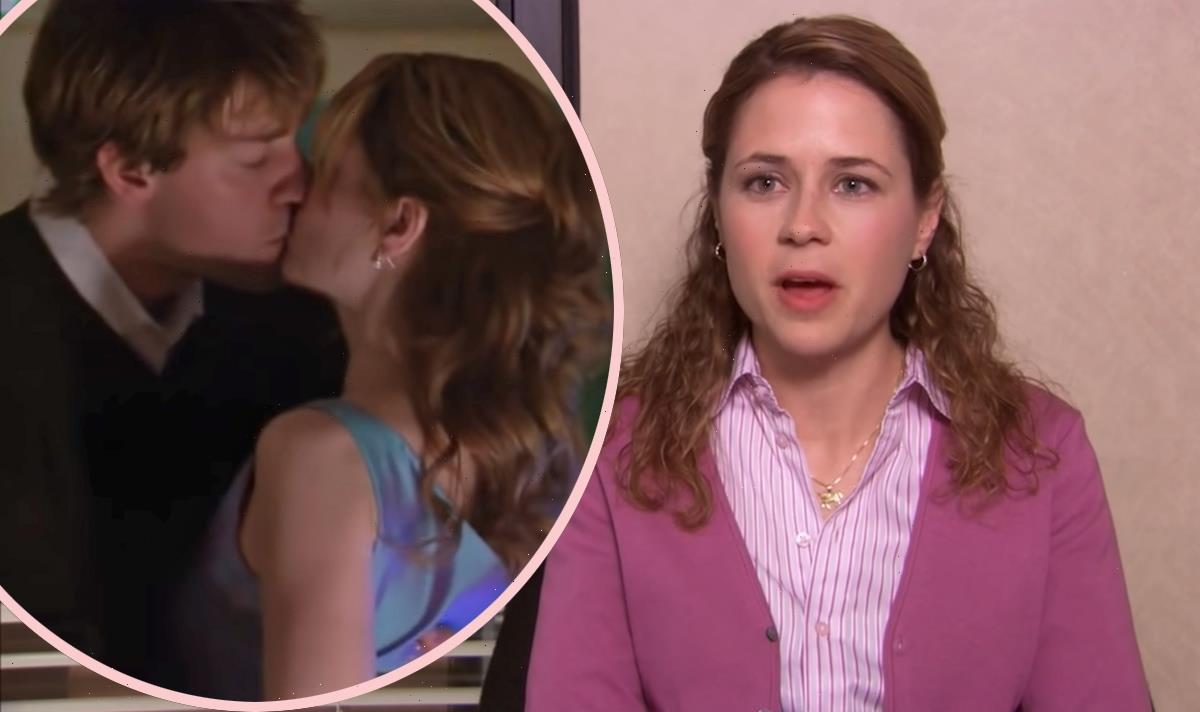 Yet another disaster we didn’t even know about was averted on The Office!

Jim and Pam are all-time sitcom OTP. And yet the showrunners were perpetually trying to split them up for ratings! We learned last year that the show very nearly ended with Jim and Pam going through a divorce. And now, thanks to a new book on the beloved show, we know another plan was to have Jim Halpert CHEAT on his wife! WTF?!

It’s all part of the new book Welcome to Dunder Mifflin: The Ultimate Oral History of The Office, in which John Krasinski tells the story of having to stand his ground to protect one of TV’s best love stories.

This was during the eighth season, in which Pam (Jenna Fischer) was on maternity leave. As you may recall, her replacement, Cathy (Lindsay Broad), gets a crush on Jim and even uses an excuse to share a hotel room with him during a business trip to Florida in the episode After Hours. 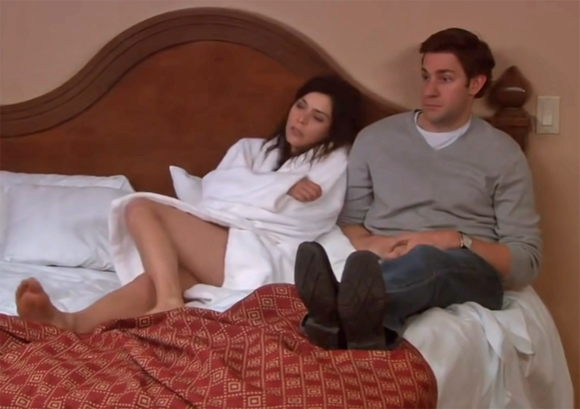 Well, according to the new book, showrunners planned for Jim and Cathy to actually “make out” in that episode. But Krasinski was having none of it! He writes:

“That’s the only time I remember putting my foot down… I remember saying things that I never thought I’d say before, like, ‘I’m not going to shoot it.’”

He’s probably right, too! There are plenty of shows that didn’t have a protector like that, where characters did go too far and lose viewers.

Eventually Krasinski had to take the fight to the top, executive producer and director Greg Daniels. Eventually they gave in — probably because he didn’t give them a choice — and Jim stayed faithful to his wife, who was AT HOME WITH THEIR NEW BABY. Sigh.

What is it with TV writers always trying to hurt us?? (Yeah, we’re looking at you, D. B. Weiss.)

Anyway, here’s the scene as it ended up, with Jim keeping it in his pants!