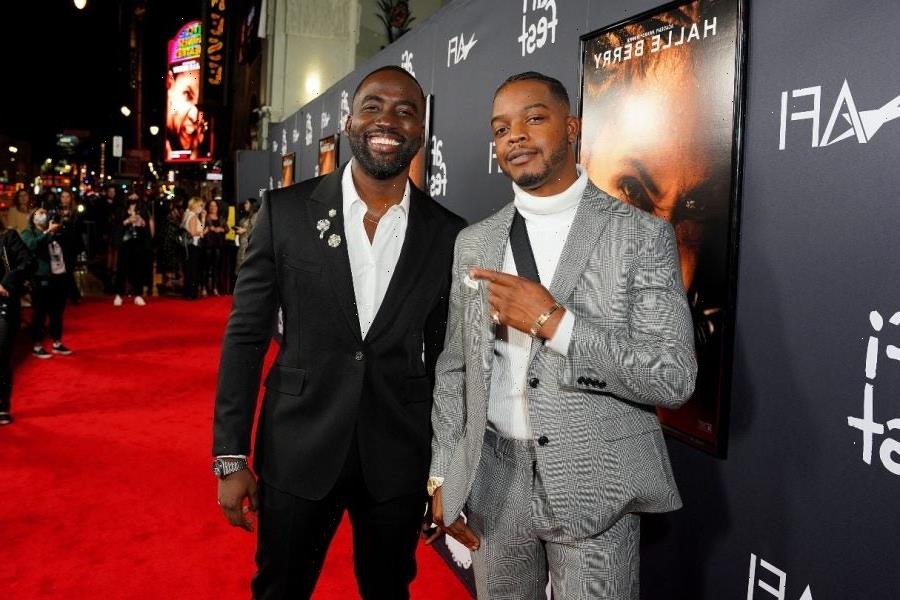 Fun fact: We were today years old when we found out Toronto actors Shamier Anderson and Stephan James are real-life brothers. During AFI Fest in LA this past weekend, James stepped on the red carpet for the premiere of Halle Berry‘s directorial debut film Bruised to support his older brother, Anderson, who plays Immaculate in the Netflix movie.

“My lovely brother, Shamier Anderson, is going to be in this and I couldn’t be more excited,” James told ESSENCE on the carpet. When asked whether they compare acting notes or work on their craft together, he joked, “Oh no, we don’t talk business. We don’t do that. We’re on opposite sides, he can keep his stuff over there. I’m going to keep my stuff over here.”

The reality, though, is James couldn’t be more proud of his brother who’s also starring in the Apple TV+ series Invasion, which premiered October 22. “It’s a lot of love,” added James who will appear in National Champions next month. “Shamier’s my best friend. We talk about everything, business, life. That’s the bro.”

For Anderson, working with Academy Award-winning Berry on this project was intimidating — “A hundred and fifty percent,” he told us. But it didn’t take long before her grounded spirit calmed any nerves. “She created an environment where ego wasn’t at the forefront so it was irrelevant. It was about the work, which was really something I admired about her the most — real salt of the earth, this woman. Truly an artist through and through.”

Bruised debuts on Netflix November 24. Check out the rest of our red carpet footage in the video above.