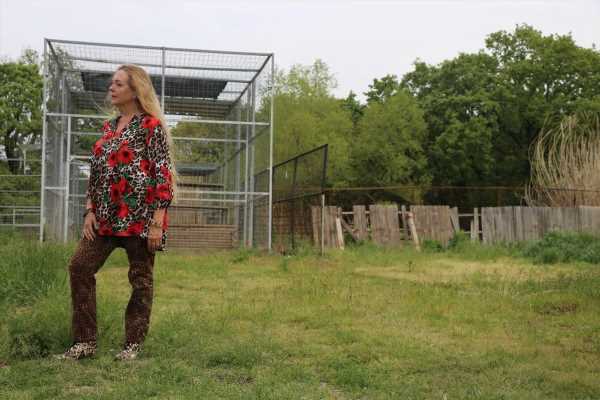 Carole Baskin did not participate in Tiger King 2. Instead, she produced her own discovery+ show Carole Baskin’s Cage Fight. She did watch Tiger King 2, though, because she knew people would be asking her about it, Showbiz Cheat Sheet included. However, Baskin said the new revelations Tiger King 2 made about her missing husband, Don Lewis, were old news to her.

Baskin spoke with Showbiz Cheat Sheet by Zoom on Nov. 19 about Carole Baskin’s Cage Fight. We’ll have a lot more with Baskin on her advocacy for big cats. Cage Fight is now streaming on discovery+. Tiger King 2 is on Netflix, and here’s her reaction to the latter.

Episode 2 of Tiger King 2 explores Lewis’s disappearance. Before he disappeared in 1997, Lewis was making trips to Costa Rica while married to Baskin. The show found associates in Costa Rica who said he was burying cash in the ground there.

Baskin said she tried to recover some of the money after Lewis disappeared. Some of it was tied up in bad investments.

“I think we only got like $80,000 back out of there because the investments were so bad,” Baskin said. “He had bought a brothel in the Port of Limón. I couldn’t even get near it because the area was just so dangerous. I’m not afraid of danger and I was not going to the Port of Limón to a brothel to try and tell them they were going to be evicted. So it turned out to be exactly as I would’ve expected. He just made an absolute mess down there.”

The Lewis associates in Tiger King 2 describe palettes of cash Lewis was transporting. Baskin said she’d heard that before Tiger King 2. If true, that suggests he had more than the million dollars she gave him.

“What’s news to me is I told him he could invest a million dollars down there,” Baskin said. “I thought I knew where he was investing it and we found a good number of the properties. But, the people in Tiger King were talking about how he was bringing in so much cash. Well, I don’t think they said it in Tiger King. But, other people that were witness to it said that he was actually using palette jacks to move the money. A million dollars isn’t that much money. So it seems like there was a lot more money going on than what I was aware of.”

Don Lewis questions are not off limits

I think the best way to deal with anything is to be open and honest. So when people started saying they thought that I knew something more than what I was saying, and this was even before Tiger King. This was like two years ago. I thought well, I’ve got my diaries. I wrote down everything I was thinking at the time. I’ll just put it out there and people can decide for themselves. And I put every bit of it out there. In some cases I didn’t give people’s last names just because I didn’t want to expose things about them. But, I talked about everything. I think that’s the best way to deal with any kind of allegations or slander. Let people make up their own minds in an educated way instead of the way I felt like Tiger King misled them.