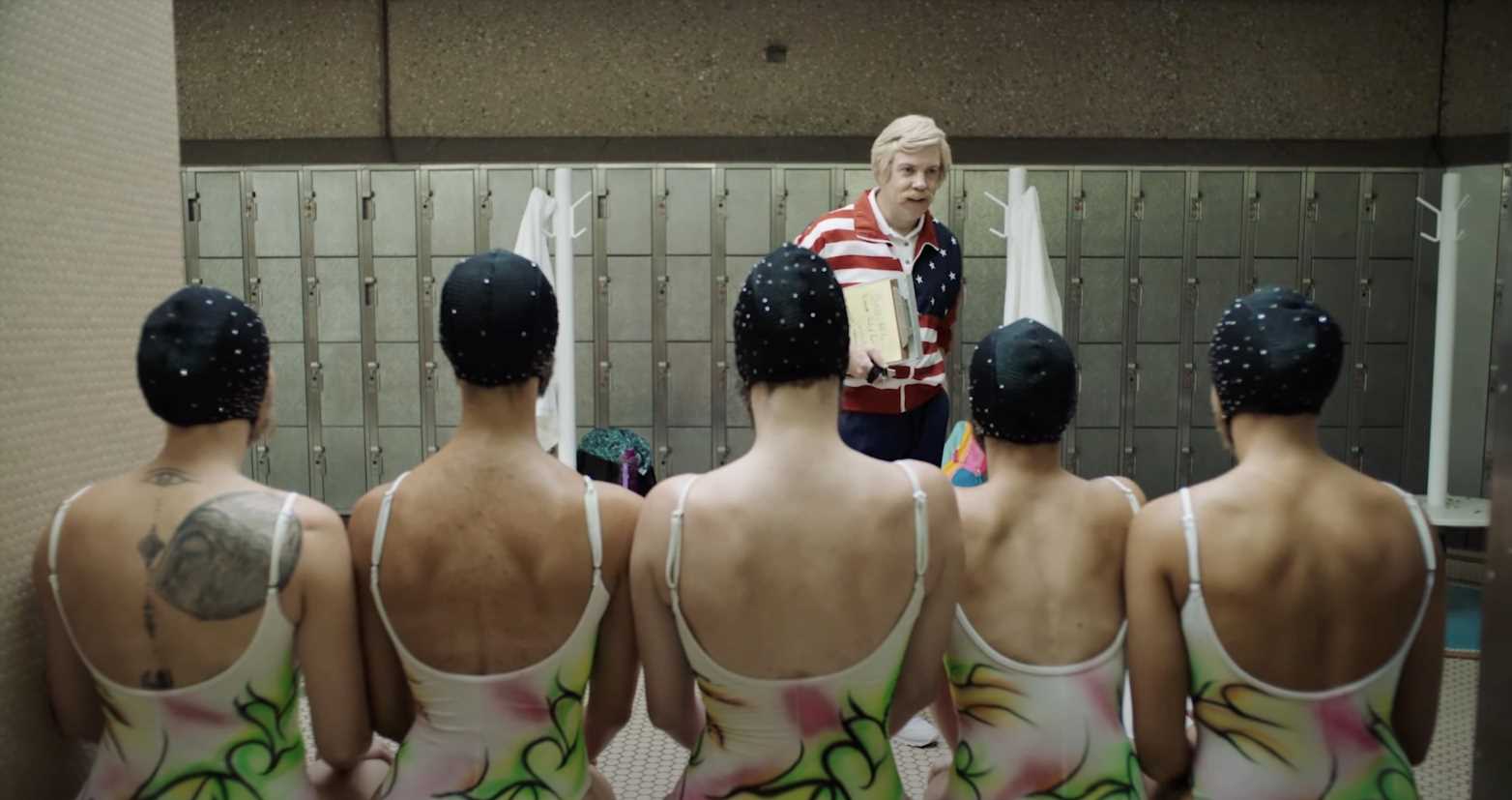 Foo Fighters star as a synchronized swim team in the band’s new video for “Love Dies Young,” written and directed by Dave Grohl.

After the lengthy intro, the synchronized swim team — or swimmers with the Foo Fighters’ faces CGI’d onto their bodies — hit the pool for their routine. Things go, well, swimmingly until — in an homage to Caddyshack — a turd is seen floating in the water, causing chaos in the pool and making the judges’ table vomit.

As an added nod to the infamous “Doodie!” scene, guitarist Pat Smear — like Bill Murray before him — takes a bite out of whatever was floating in the water at video’s end.

“Love Dies Young” is the latest single off the recently Rock and Roll Hall of Fame-inducted band’s new LP Medicine at Midnight. Grohl also recently revealed that he would produce a new rock-themed horror film he envisioned, Studio 666.