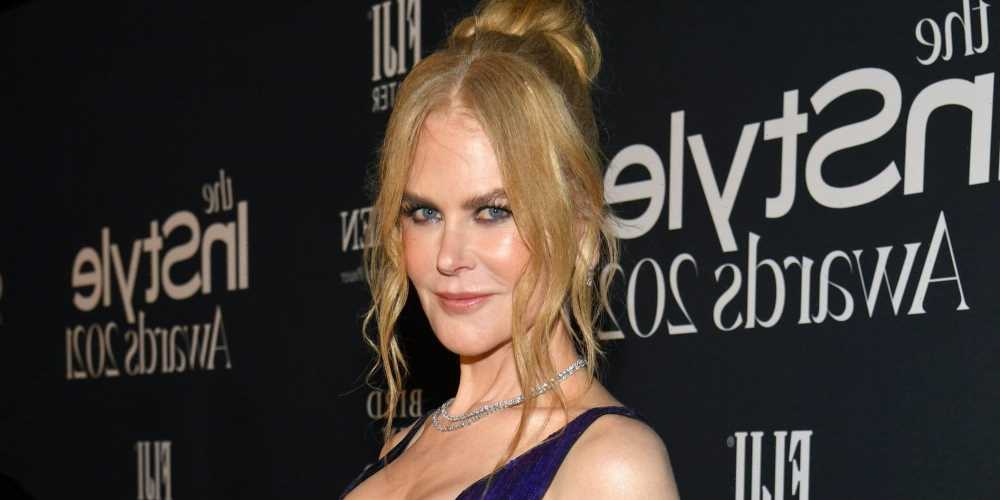 The actress stepped out on the black carpet in a shimmering purple Armani Privé gown, evoking classic Hollywood glamour with a chic updo and understated silver jewelry. She finished off the look with a pair of black heels and a practical black blazer, which she carried along with her as photos were taken. During an interview on the red carpet, Kidman confessed that she feels the most "in style" when she's lounging in pajamas — "sometimes just the pajama top."

If Nicole Kidman can feel her most stylish in pajamas instead of a red carpet moment, we'll take that as a cue to wear pajamas to this year's holiday parties.

Kidman is starring in the upcoming Lucille Ball biopic Being The Ricardos, and recently spoke about her anxiousness about taking on the role.

"I had massive trepidation about a month prior, and Aaron had to get on the phone and send me emails saying, 'You've got this,'" she said, per Variety. "It was frightening but incredibly exciting."