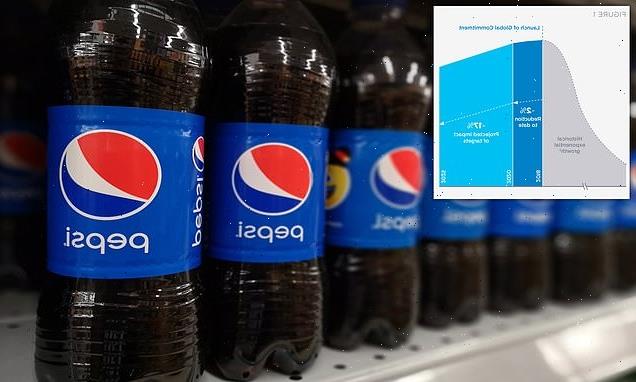 Global use of ‘virgin plastic’ by some of the world’s largest brands has PEAKED and is on track to fall significantly by 2025 amid the rise in recycled packaging, study reveals

Global use of ‘virgin plastic’ by manufacturers has peaked and is on track to fall by around a fifth by 2025 due to the rise in recycled packaging, a new report reveals.

Virgin plastic use by companies including Nestlé, PepsiCo and Unilever has fallen for the second year running, says UK charity the Ellen MacArthur Foundation.

The foundation promotes a focus on a ‘circular economy’ where material resources are kept in use as long as possible as an alternative to virgin plastic use.

The opposite of recycled plastic, virgin plastic is plastic resin that has been newly created without any recycled materials.

In all, 63 consumer goods groups and retailers who have partnered the foundation are set to cut their use of non-recycled plastics by almost a fifth by 2025.

However, more focus is ‘urgently needed’ on eliminating single-use packaging, the charity says, to prevent the scourge of plastic pollution. 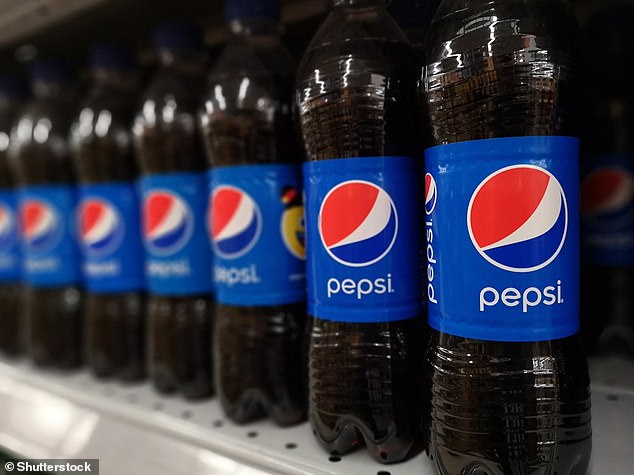 Virgin plastic use by companies including Nestlé, PepsiCo and Unilever has fallen for the second year running, says UK charity the Ellen MacArthur Foundation 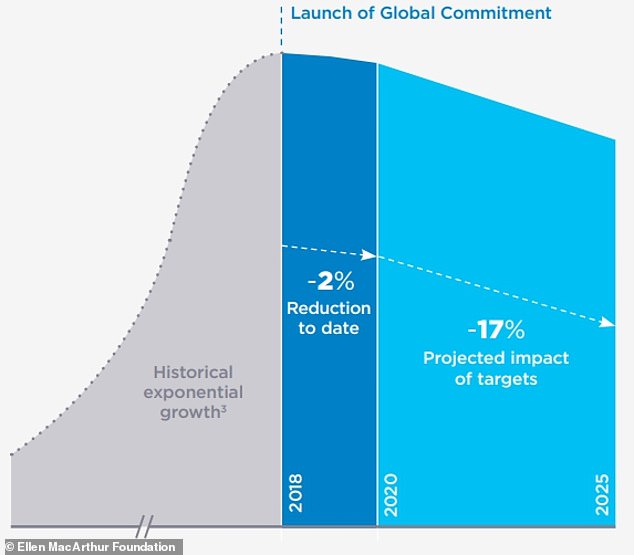 WHAT ARE VIRGIN PLASTICS?

Virgin plastic is plastic resin that has been newly created without any recycled materials.

It’s less environmentally-friendly than recycled plastic, which helps build a ‘circular economy’ – where material resources are used again and again for as long as possible.

‘If you put it in a historical perspective, virgin plastic use for this industry has been going up quite rapidly for decades,’ he told the Financial Times.

‘Some of the largest brands and retailers in the world are showing it can be done and showing that business growth can be decoupled from virgin plastic use.’

The Ellen MacArthur Foundation leads the Global Commitment, launched in 2018 in collaboration with the UN Environment Programme.

The commitment has 63 brands and retail signatories including Nestlé, PepsiCo, Unilever, Coca-Cola, Mars and L’Oréal, who are committed to plastic packaging reduction targets for 2025.

According to the foundation’s new report, committed brands and retailers have now collectively reduced their collective virgin plastic consumption by 1.2 per cent between 2020 and 2019, following a 0.6 per cent reduction between 2018 and 2019.

From the launch of the commitment in 2018 to 2025, the foundation is now expecting an overall fall in virgin plastic use of 19 per cent (nearly a fifth).

This would avoid an estimated 8 million tonnes of virgin plastics from being produced each year, keeping 40 million barrels of oil which would be used for manufacturing virgin plastic in the ground annually. 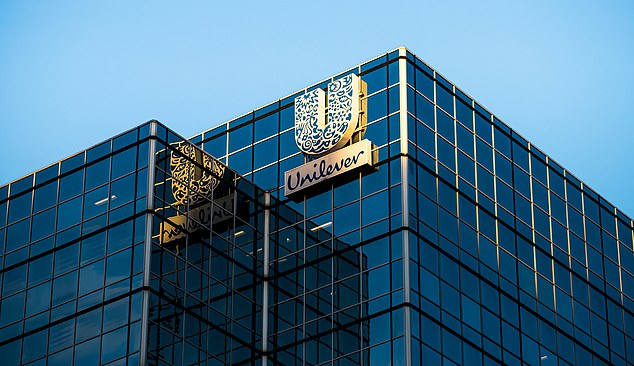 SIGNATORIES OF THE GLOBAL COMMITMENT

The commitment has 63 brands and retail signatories including:

Progress on virgin plastic reduction has largely been driven by growing use of recycled content in packaging, the report says, but this ‘is not enough to solve plastic pollution’, as discarded plastic packaging still exists.

The foundation has seen ‘alarmingly little investment in efforts to reduce the need for single-use packaging’, and intensions to do so ‘appear very low’.

The foundation looked into the efforts of the individual signatories to reach their individual plastic use reduction targets – both virgin and recycled.

For example, Unilever, which makes Pot Noodle, Cornetto, Hellmann’s mayonnaise and other products, increased recycled content to 11 per cent of its plastic packaging in 2020, up from 5 per cent in 2019 and 1 per cent in 2018.

The London-based firm – which is set to add ‘carbon footprint labels’ to its products – is also on track to reach its 25 per cent target by 2025.

Conversely, Mars reported using no recycled plastic packaging in 2020, despite a target of 30 per cent by 2025. 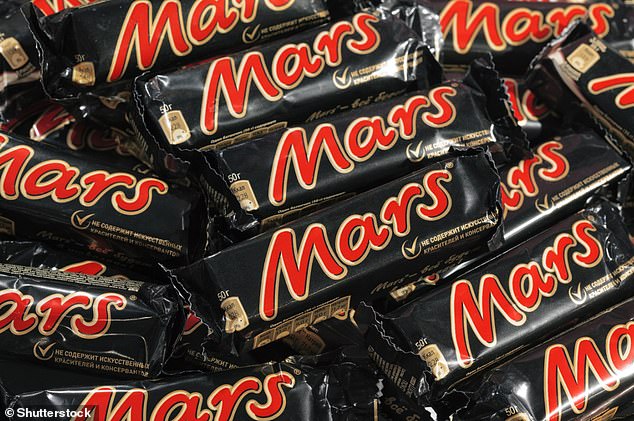 Mars reported using no recycled plastic packaging in 2020, despite a target of having packaging with 30 per cent recycled content by 2025

PepsiCo is also making rather slow progress, with only 5 per cent of its plastic packaging having recycled content in 2020, up from 4 per cent in 2019 and 2 per cent in 2018.

A Coca Cola spokesperson told MailOnline: ‘We appreciate the leadership of the Ellen MacArthur Foundation in driving more consistent goal-setting and reporting on circular economy.

‘While we are proud of the progress we have made since we launched the World Without Waste program in 2018, there is more work we can do, and we look forward to engaging with outside stakeholders to take our work to the next level.’

Unfortunately, a whopping 80 per cent of the plastic packaging market is not captured by the Global Commitment.

However, around 100 national governments have expressed support for starting negotiations on a global agreement on plastics in February 2022, overseen by the UN Environment Assembly.

‘Policymakers now have a significant opportunity to address these gaps by creating the enabling conditions both to support efforts by leading companies and to drive laggards to action,’ the Ellen MacArthur Foundation says.

A Unilever spokesperson said: ‘We’ve seen success across a number of packaging innovations, with our biggest brands now using 100 per cent recycled bottles, as well as new projects like Dove’s refillable deodorant designed to last a lifetime.

‘Progress is being made, but there is a lot more work to be done.’

Of 30 billion plastic bottles used by UK households each year, only 57 per cent are currently recycled.

With half of these going to landfill, half of all plastic bottles that are recycled go to waste.

This is largely due to plastic wrapping around bottles that are non-recyclable.

Bottles are a major contributor to the increasing amount of plastic waste in the world’s oceans.

Researchers warned eight million tonnes of plastics currently find their way into the ocean every year – the equivalent of one truckload every minute.

The amount of plastic rubbish in the world’s oceans will outweigh fish by 2050 unless the world takes drastic action to further recycle, a report released in 2016 revealed.

At current rates, this will worsen to four truckloads per minute in 2050 and outstrip native life to become the largest mass inhabiting the oceans.

An overwhelming 95 per cent of plastic packaging – worth £65 – £92billion – is lost to the economy after a single use, the Ellen MacArthur Foundation report stated.

And available research estimates that there are more than 150 million tonnes of plastics in the ocean today.

Plastic pollution is ruining the ecosystems of the world, both marine and terrestrial. It litters shorelines, snags animals and suffocates entire populations of animals

So much plastic is dumped into the sea each year that it would fill five carrier bags for every foot of coastline on the planet, scientists have warned.

More than half of the plastic waste that flows into the oceans comes from just five countries: China, Indonesia, Philippines, Vietnam and Sri Lanka.

The only industrialized western country on the list of top 20 plastic polluters is the United States at No. 20.

The US and Europe are not mismanaging their collected waste, so the plastic trash coming from those countries is due to litter, researchers said.

While China is responsible for 2.4 million tons of plastic that makes its way into the ocean, nearly 28 percent of the world total, the United States contributes just 77,000 tons, which is less than one percent, according to the study published in the journal Science.