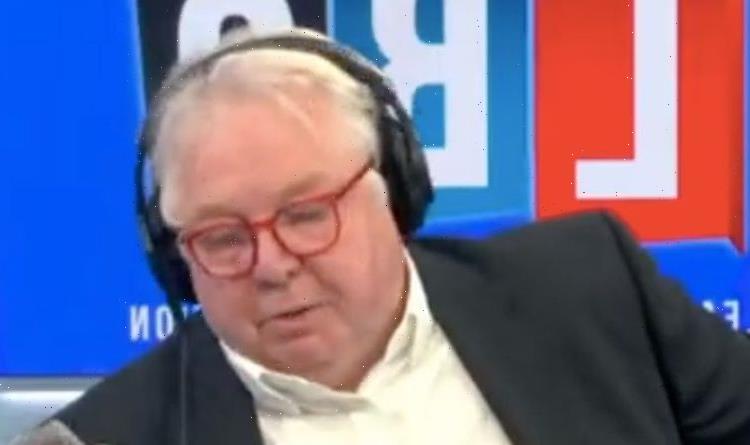 Nick Ferrari has slammed anti-vaxxers complaining about Tesco opting to include a vaccinated Santa Claus in their latest Christmas ad. The LBC host questioned “how do anti-vaxxers manage to get this exorcised about an advert involving Santa with a vaccine passport?” as he ridiculed their calls to boycott the supermarket. It came as some on Twitter are calling to ‘Boycott Tesco’ because of the new advertisement.

“This one happens to be a Tesco.”

A sound clip then was played on LBC where the advert is saying “Breaking news, Santa could be quarantined next.”

Nick Ferrari continued: “But don’t worry, Santa arrives at border control and he shows he’s got his COVID-19 Passport here in the UK.”

“Well that has now led to a Twitter storm with the hashtag ‘boycott Tesco’.

“Where do these people come from that they get this exercise over an advert?

“One saying ‘Tesco will have no choice but to pull the ad-everyone except brain dead sheep.”

He continued the read out the Tweet: “’See it’s got nothing to do with Christmas’.

“’It’s great news-it means Tesco will have less people in the aisles’.

The host asked: “How do anti–vaxxers managed to get that excited about an advert involving Santa Claus?”

A “Boycott Tesco” hashtag has been trending on Twitter after Tesco presented an advert where Father Christmas is shown to be double-jabbed.

In the Tesco commercial, Santa is shown arriving in the UK and proudly displaying his Covid pass to border control.

It’s accompanied by a complete with a QR code, a big green tick, and the words “VACCINATED” on his phone’s app.

The appearance of a fully-vaccinated Santa Claus has drawn fury from some online who called for Tesco to take the advert down.