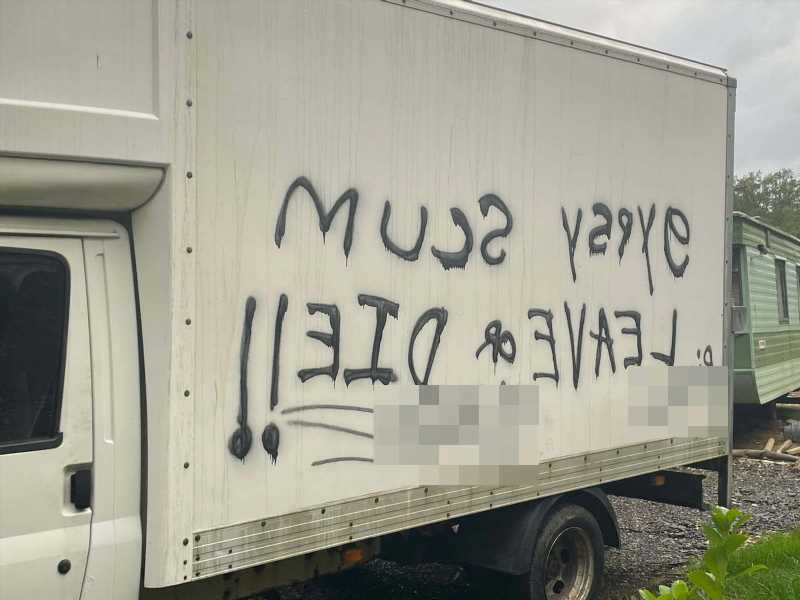 A TRAVELLER'S children were left in tears after racist graffiti and death treats were daubed on his van.

Edward Delaney, 31, said the words "Gypsy scum" and "leave or die" were scrawled on the vehicle in Rowledge, near Farnham, Surrey. 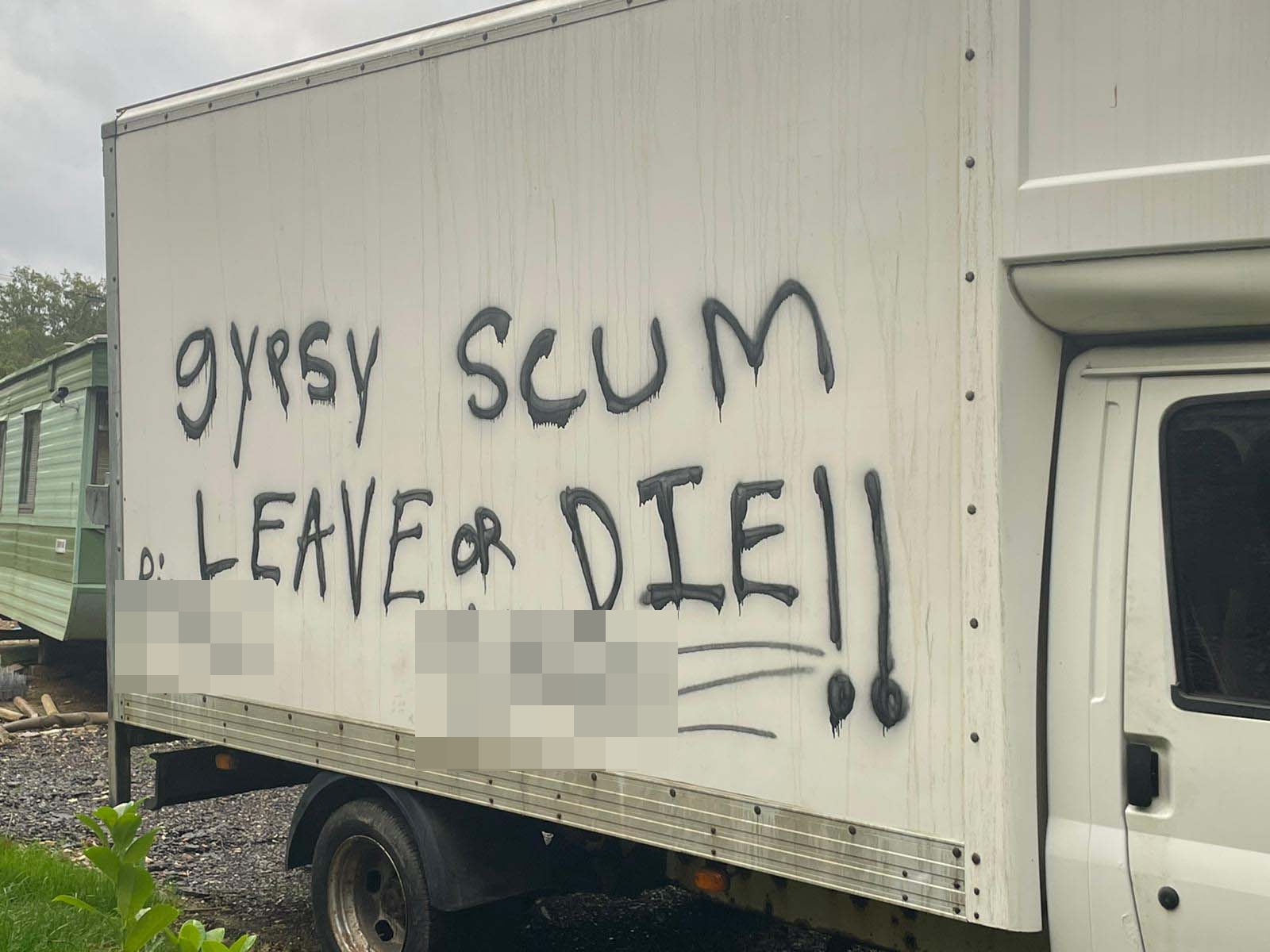 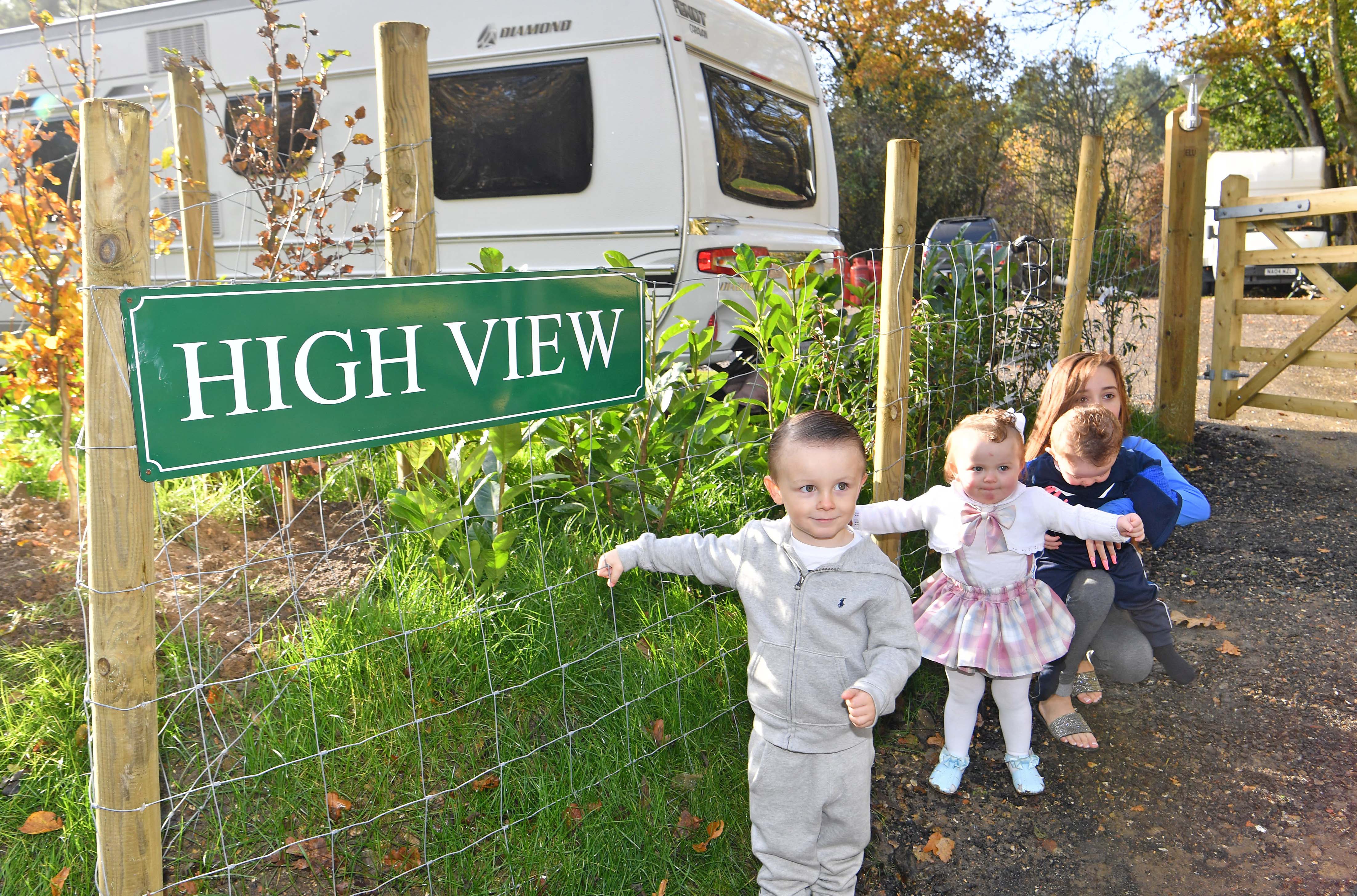 The dad-of-three said it's not the first time his family have been targeted by vile hate messages and abuse.

Police are investigating after receiving a report the sickening threats were left on Mr Delaney's van on October 27.

Mr Delaney told Surrey Live: "I thought it was a nice neighbourhood here for my kids, but they were in tears when they saw it.

"They were distraught, it was heartbreaking.

"It was just horrible to read. We never thought we'd receive death threats in this day and age, in 2021.

"It's really shocking to see what people are capable of."

Another racial slur against Travellers was also used in the targeted attack.

Mr Delaney said most of the graffiti has been removed but the van will need repainting.

But local residents have also written 50 objection letters against a planning application Mr Delaney made to convert the land into two Traveller pitches.

The family moved to the area in August and submitted the application to house a mobile home and caravan on each pitch.

I thought it was a nice neighbourhood here for my kids, but they were in tears when they saw it. They were distraught.

Mr Delaney hopes the application is successful so he can have "the chance to give his children an education".

But he said some comments on Waverley Borough Council's planning application portal are "really upsetting".

One local wrote: "The behaviour of some travellers….illustrate that crime, vandalism, burglary and uncontrolled children creating mischief and petty larceny follows such illegal trespass.

"I am fearful for the many elderly residents of this area."

Another said: "[I am] wary due to the reputation of such a
community in the area.

"It seems that often the site on which they live is badly cared for, their
honesty can be questionable.

"Maybe this group would be fine but it is taking too be a chance."

But a woman who supported the application branded some of the comments "nothing more than discrimination" and another wrote they were "nothing but racist".

It's really disturbing. I never thought in my whole life that neighbours, in such a well-thought-of area, would treat a fellow English resident so badly

A decision about on the application is yet to be made, but the objections have shocked Mr Delaney.

He said: "I am a hardworking person, with three kids and one on the way. I have never been involved in any crime, or had any problems with anyone.

"It's really disturbing. I never thought in my whole life that neighbours, in such a well-thought-of area, would treat a fellow English resident so badly."

Surrey Police is appealing for witnesses as it investigates the "distressing incident of racist abuse".

Inspector Sam Adcock, Borough Commander for Waverley, said: "We take all reports of hate crime extremely seriously and we will seek to bring offenders to justice in each case.

"This was a particularly distressing incident of racist abuse which will not be tolerated.

"If you or someone you know is a victim of a hate crime, please do not suffer in silence, report it to us or via third-party True Vision." 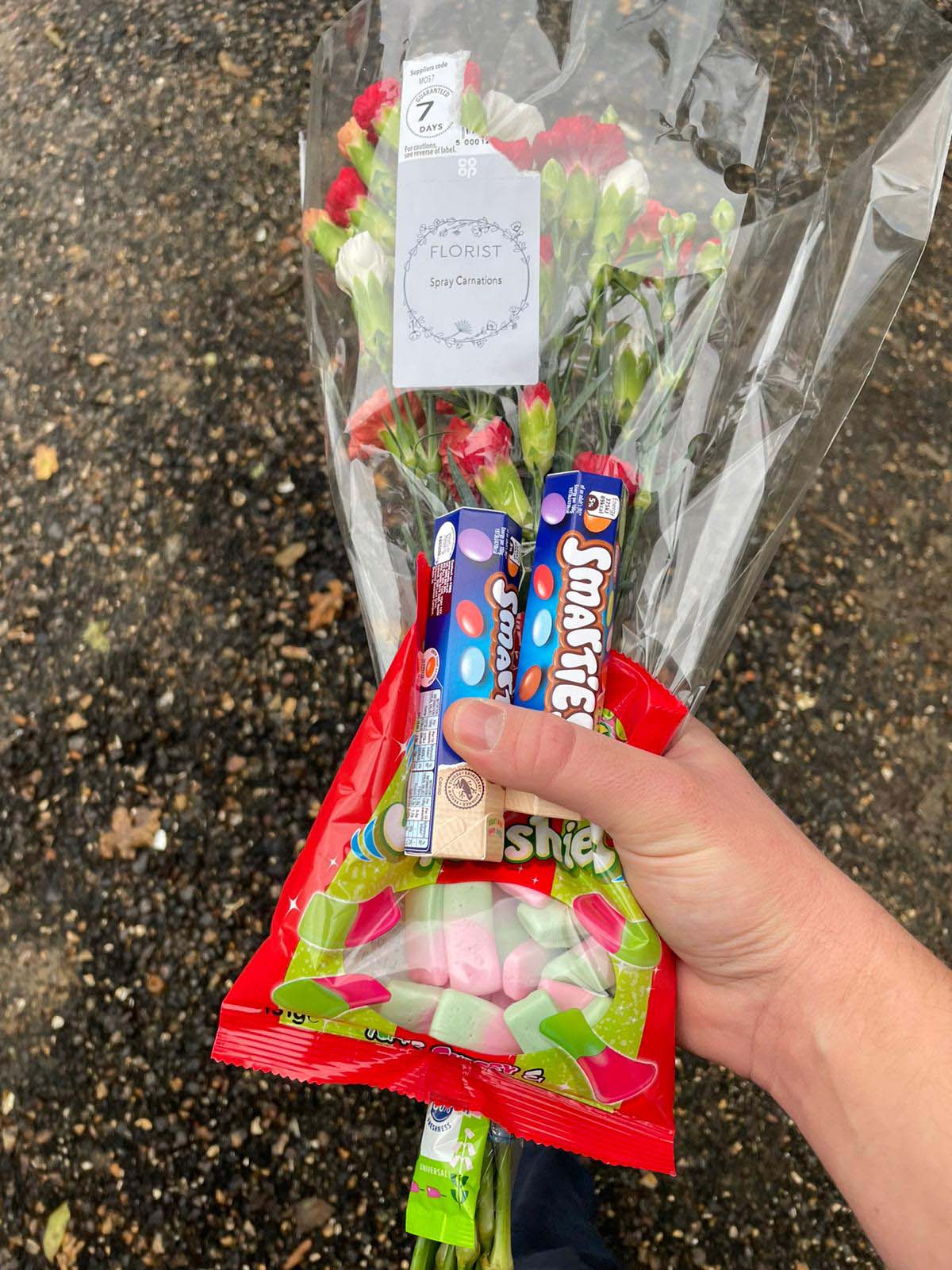