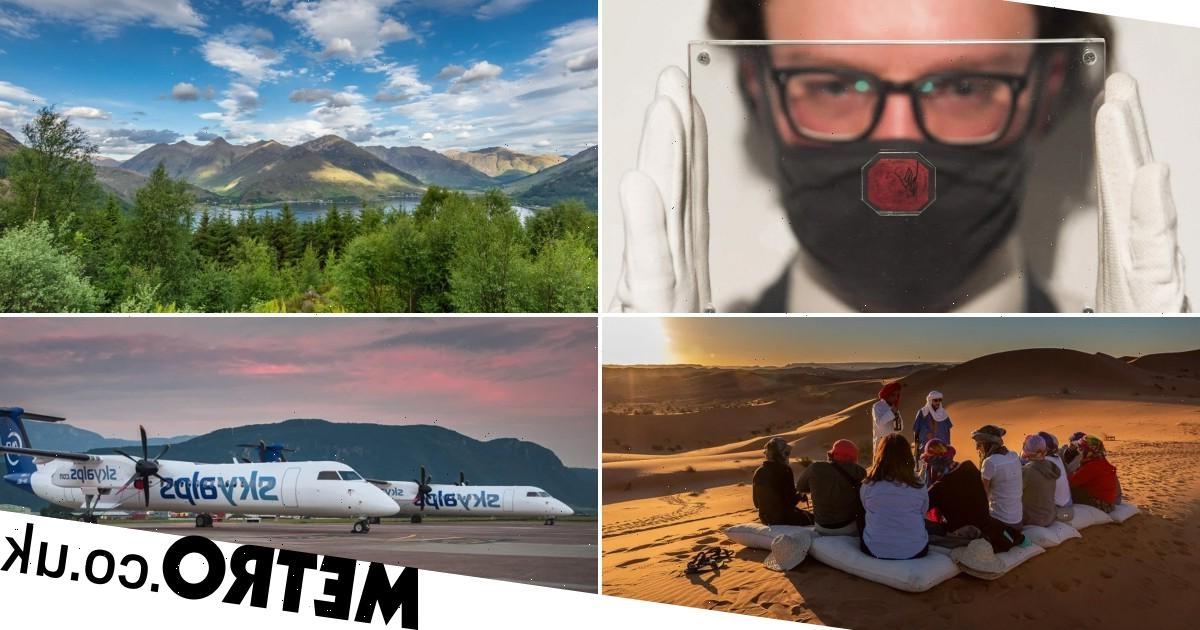 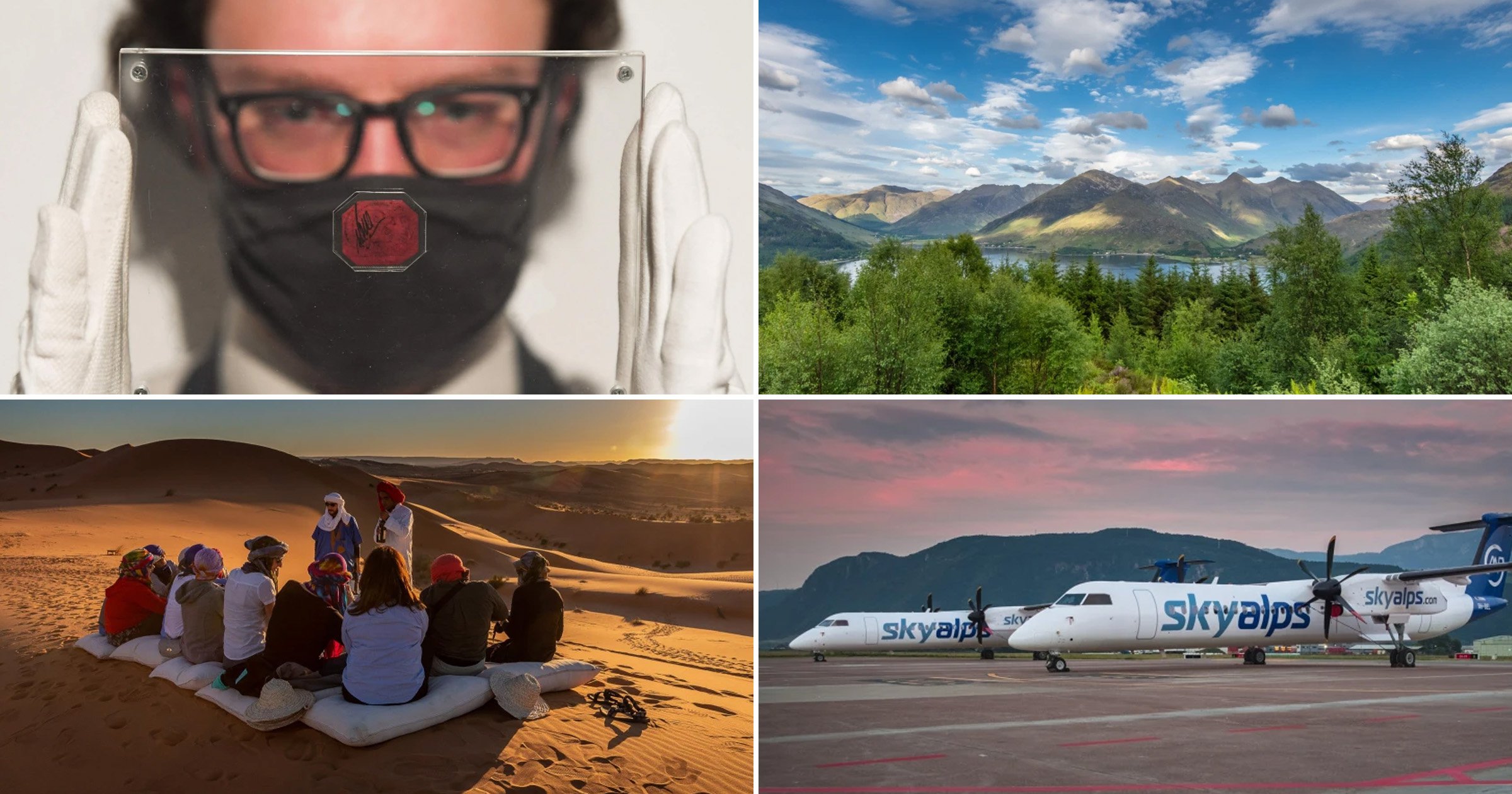 It’s about time we started making the most of travel again.

There are all sorts of thrilling ways to explore, including Scotland’s new trail of UNESCO heritage sites and SkyAlps’ new flight routes for the 2021/22 ski season.

Travelling solo? Flash Pack has curated trips for travellers in their thirties and forties to fantastic destinations like Morocco and South Africa.

Plus you can catch a glimpse of world history in London with a visit to Stanley Gibbon’s exhibition on the world’s rarest and most expensive stamp.

Pack now for your next solo trip

After a tough time during the pandemic, the good news is that boutique adventure travel company Flash Pack has relaunched and is offering 17 curated trips for solo travellers in their thirties and forties, with departures in January.

From Lucha Libre wrestling masterclasses in Mexico City to hot-sand bathing in Morocco and searching for octopus in the kelp forests of South Africa, the team has worked with guides to create experiences you wouldn’t be able to find on your own.

Take a journey with the world’s rarest stamp

If you fell back in love with letter-writing during lockdown then go one step further and fly off on an adventure via a free exhibition at esteemed London stamp merchant Stanley Gibbons.

They have recently bought the world’s rarest and most expensive stamp – the 1 Cent Magenta – and their new display charts its beginnings in British Guiana in 1856 to the company’s Strand HQ in 2021.

In between, it’s been owned by everyone from schoolboys to millionaires to murderers. Plus, you’ll learn what links the 1 Cent Magenta to the Steve Carell movie Foxcatcher.

Intrigued? It’s on show until December 17 and is the perfect diversion from Christmas shopping mayhem.

On display Mondays, Wednesdays, Fridays and some Saturdays, stanleygibbons.com

New flight routes are launching for the 2021-22 winter ski season. Three will be going from the UK to Grenoble Alpes Isère airport, including weekly flights from Liverpool with easyJet, from Luton with Wizz Air, and from Luton, Manchester and Dublin with Ryanair, opening opportunities for resorts such as Alpe d’Huez and Les Deux Alpes.

There will also be a new route launching between London Gatwick and Bolzano, cutting journey time to resorts in the South Tyrol that would have been served by Verona, Milan or Innsbruck.

The world’s first ever Unesco trail has launched in Scotland. It has 13 Unesco-designated places including World Heritage Sites, Global Geoparks and Creative Cities.

Visitors can discover Edinburgh, a Unesco City of Literature; Dundee, the UK’s first Unesco City of Design with Scotland’s first design museum, V&A Dundee; and the Shetland Unesco Global Geopark, where you can explore an extinct volcano.

For more information go to visitscotland.com/unesco-trail

How to get your Metro newspaper fix

Metro newspaper is still available for you to pick up every weekday morning or you can download our app for all your favourite news, features, puzzles… and the exclusive evening edition!