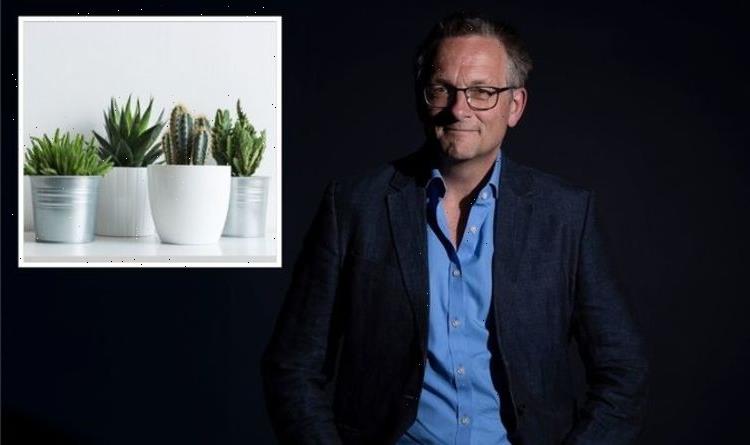 In his BBC Radio 4 podcast, Dr Michael Mosley shared how many houseplants to get to improve your health and wellbeing. The Just One Thing host explained their health benefits and the science behind indoor potted greenery.

“I’m in my office at home, it’s always been a rather bland functional room. But for my just one thing this week, I’ve filled it with house plants,” Dr Mosley started the podcast.

The doctor said: “The reason I’ve splashed out on plants for my office, it’s not just because they cheer the place up…but because of research suggesting they can boost memory, productivity, mood and even reduce indoor air pollution.

“You might not realise that indoor air pollution can also be a real problem both in the workplace and in our own homes.”

A study from the Royal College of Physicians found that indoor air pollution can lead to various health problems such as asthma, wheezing, conjunctivitis, dermatitis and eczema.

READ MORE: Diabetes: Two signs when you go to the toilet you have high blood sugar – symptoms

“Much of it [CO2 is] produced by us. In normal concentration, CO2 is harmless but in higher concentrations, it can impair thinking and decision making.”

How many and what plants should I get?

The podcast’s expert guest, Dr Tijana Blanusa, who is also the Principal Scientist for the Royal Horticulture Society, said: “For a small room, we’re talking probably at least five or six plants to have a measurable impact on CO2 concentration.

“Generally, those fast-growing, thirsty, physiologically active plants are giving more service, so in practical terms, those would be the likes of peace lilies [and] devil’s ivy.”

Dr Blanusa explained: “There are three main mechanisms, one is through the stomatal pathway, so stomata are little pores on the underside of the leaf, which lets the air in and also lets water vapour out, so CO2 and a lot of gaseous compounds go through this pathway.

“Another pathway is very simple just diffusion through the surfaces of the leaves.”

“The third pathway is through microbiological activity in the soil microorganisms, [they] break down the compounds that are taken up into the soil,” she added.

This means that houseplants don’t only get rid of indoor air pollution and potentially health-harming gases but they also increase humidity.

Dr Blanusa said: “There’s also an issue of the humidity of the air in the room, which you know seems relatively small, but plants can really help with that.

“Because dry air can cause skin issues, kind of itchiness [and] eye conditions.” This makes houseplants a “win-win” for both sides.

The Principal Scientist for the Royal Horticulture Society recommended placing your plants in rooms with high levels of light to enjoy the most of their health benefits.

What does the research say?

There’s also a variety of research backing this science behind houseplants. Dr Mosley said: “In 2006 when researchers introduced potted plants to 60 offices with high levels of VOCs, they found levels of these compounds fell by between 50 and 75 percent.”

Another study found a “measurable” improvement in memory and mood when houseplants were brought into an office.

The doctor also mentioned a study that showed that bringing houseplants into an office led to fewer coughs, headaches and fatigue.

Dr Blanusa said the benefits of bringing plants into spaces isn’t the only proof of their links to health. She said: “We introduced some plants but then also took them away and on taking them away people were reporting more stress, reduced efficiency, reduced attention.

“So, it’s not what they do for you when you bring them in, it’s what you lose when you remove them.”