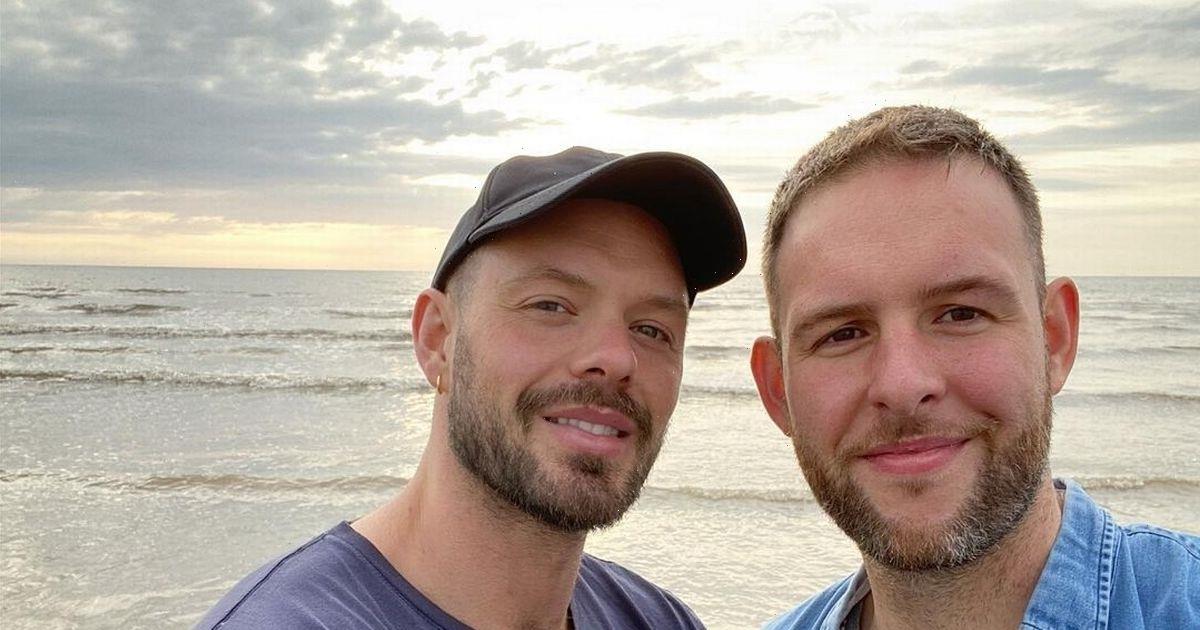 TV chef and current Strictly star John Whaite has had a difficult rise to fame since he won The Great British Bake Off in 2012.

The Lorraine chef has battled with bulimia, depression and fear of homophobic 'hate' for his all-male partnership on BBC's Strictly Come Dancing.

The Lancashire born 32-year-old is currently partnered with Johannes Radebe and the pair frequently top the leaderboard. They make up the second ever same-sex couple on the show.

John won Bake Off when he was a 23-year-old university student. He's since admitted that his rise to fame at such a young age set him off on a regrettable journey.

John has been in a relationship with fiance Paul Atkins for over 12 years and they share a home together in Leeds.

Paul and John got together before the TV chef rose to fame by winning series three of The Great British Bake Off.

Paul is rarely seen on social media, but John occasionally shares pictures of him on his own Instagram feed.

However, the pair did pose together for Attitude magazine in 2014, as they discussed potential wedding plans a whopping three years before deciding to get engaged.

John has admitted that he's struggled with depression since winning the hit baking show.

When the baker won the show, he was training to be a barrister at university. However, due to the immense stress of winning the show and the opportunities that arose, he dropped out after contracting pneumonia.

The chef admitted he felt like a "failure" and at some points felt like "ending it all."

The chef has also battled with bulimia throughout his adult life, admitting to binges and bouts of body dysmorphia.

John admitted: "If I’m going through a particular period at work or where I feel that I’m out of control and everything’s sort of spiraling, I’ve noticed that that’s when the bulimia will kick in."

The star has been open about his eating disorder, admitting to eating 12 muffins in one go and, at another point an entire box of Curiously Cinnamon cereal.

John took a hiatus from social media in 2019 to take care of his mental health.

He took to Twitter to say: "You know you’re going through a serious bout of depression when you eat a full box of Curiously Cinnamon cereal and cry at a Balsam Hill artificial Xmas tree advert… I'm signing off."

The star moved to a farm in a remote area of Canada for six weeks to help him recover from his eating disorder and depression.

He said: "They were really strict, it was get up at 6.30, make breakfast, have coffee together, out by 7am, have the animals fed and it really was the most grounding experience because it was… I’m not going to lie, it was privileged escapism."

The TV chef added: "It was just so grounding, you know to be with animals that we relied entirely on, on me to help them and to feed them and to clean them."

John has been engaged to fiancé Paul Atkins since 2017, but has suffered his fair share of homophobic hate.

He admitted to being worried about receiving a "fair bit of hate" for partnering in an all-male pair for BBC's Strictly.

John explained: "As a gay man you get a lot of hate, it's a thing you grow up and learn to deal with. You shouldn't have to, but you do."

However, the star also wants to be a role model for young people in the LGBTQIA+ community.

The chef said: "For little kids who watch the show, having same-sex role models will give them a little bit of hope for the future and it won't make them grow up with the same shame that I grew up with."

John desperately used social media in 2019 to help him find his sister, who disappeared after a serious bout of depression and anxiety.

His sister Victoria suffers from premenstrual dysphoric disorder, which can cause severe depression and anxiety in the week or two before someone's period starts.

After posting a search appeal, Victoria was found the following day.

He thanked fans on Instagram writing: "Each and every one of you who has shared and retweeted and commented has today saved a life. The life of a sister, daughter and mother," John wrote on Instagram.

"Mine and my family’s gratitude to you is undying, and we cannot thank you enough for your support. We are now going to focus on getting her home and in good health in the privacy and protection of our family," he added.

If you're worried about your health or the health of somebody else, you can contact SEED eating disorder support service on 01482 718130 or on their website, https://seedeatingdisorders.org.uk.