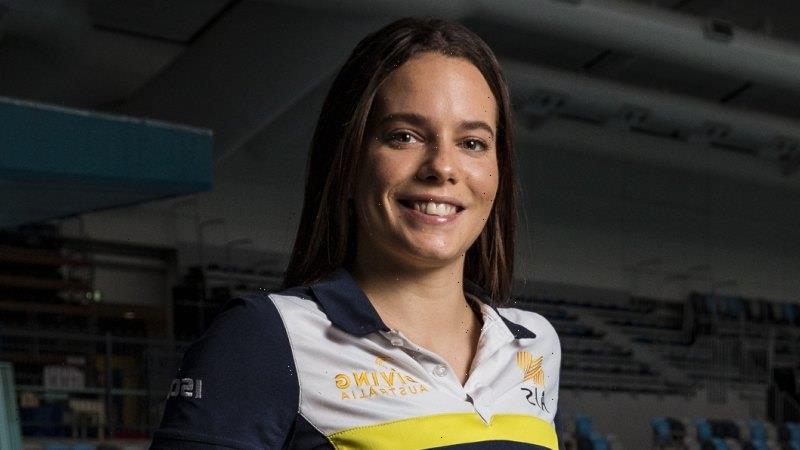 The Australian Institute of Sport has established a retirement fund for athletes, with Olympians for the first time able to access direct financial assistance to help them move into life after sport.

Although the sums involved are modest – a maximum annual grant of $17,500 per athlete from a total annual pool of $600,000 – it means athletes no longer face a financial cliff at the end of their competitive careers. 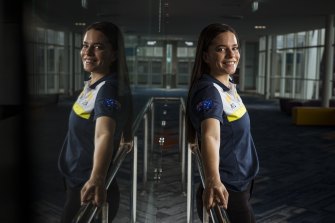 Three-time Olympic diver Anabelle Smith, is a member of the AIS athletes advisory committee, which pushed for the AIS to provide grants to help athletes transition into their post-sport lives.Credit:Chris Hopkins

The money is also available to athletes who, whether due to mental burnout or physical fatigue at the end of an Olympic campaign, need an extended break from their sports.

Three-time Olympic diver Anabelle Smith, a member of the AIS athlete advisory committee which pushed for the change, said the funding would ease the financial pressure on athletes making difficult decisions, often in a post-Games low, about what to do next.

“You still feel supported by the system and you have a bit of pocket money to go towards something that might be helpful”, Smith said. “I think it is a really positive step.

“You don’t want that pressure of having to jump into paid work straight away just to pay your rent and bills.”

The retirement grants are part of a broader reform of high-performance sports funding overseen by outgoing director Peter Conde.

Where previously direct grants were given to athletes to reward peak performance, they are now used to help support athletes throughout their entire time in the national sports system and beyond. The AIS will allocate $44 million in means-tested grants, including the retirement grants, over the three years leading up to the Paris Games in 2024.

At the end of this year, the AIS will also announce its high-performance funding for Olympic sports until Paris. This is the first time sports funding for an entire Olympiad has been guaranteed ahead of time.

Mr Conde, who will leave the institute in January following Australia’s successful Tokyo campaign, said this would provide Olympic and Paralympic sports greater certainty to set their budgets, plan travel, and hire the staff they needed.

“We (previously) haven’t had the appropriations that have allowed us to commit for longer than one year,” Mr Conde told The Age and Sydney Morning Herald. “I think the government has shown great foresight in recognising that being able to make longer commitments to the sports is important.”

Mr Conde leaves the AIS after four years in the job and some of the most substantive changes to the institute since it was established 40 years ago. Where the AIS had fallen into disuse as a national training centre, it has now assumed a genuine leadership role across the sports system.

Responding to criticisms by former AusCycling chair Duncan Murray that high-performance sport needed a “fundamental reset” in how it treated its athletes, Mr Conde said the AIS already viewed athlete wellbeing as an essential part of any successful sports system.

Mr Conde said this was reflected in the type of coaches and high-performance managers being recruited to work in Australian sport, the appointment of athlete wellbeing and engagement managers at senior levels within sports, collaboration with universities and TAFEs to give athletes better access to further studies and the introduction of mandatory athlete wellbeing health checks.

The AIS and the John and Myriam Wylie Foundation, the philanthropic trust of the former Sport Australia chairman, are co-funding a $200,0000 scholarship scheme that provides grants up to $5000 towards the study costs of athletes.

Matti Clements, the AIS executive responsible for athlete wellbeing, said all AIS-supported athletes were encouraged to develop a “life plan” for their sporting and personal development. “That wellbeing is essential to high performance is well understood,” she said. “Some sports do it better than others, but we have seen a seismic shift of the entire high-performance system.”

The proliferation of people working in athlete wellbeing has also opened a potential new career path for former athletes.

Anabelle Smith throughout her 11 years as a national team diver has studied, undergone professional training, and sought advice on what to do when her sporting career comes to an end. She completed a degree in exercise and sports science and in recent years, has developed a strong interest in the mental health of athletes.

Earlier this month she was made an ambassador for a new program developed by AIS and Black Dog Institute to strengthen the mental health of teenagers. 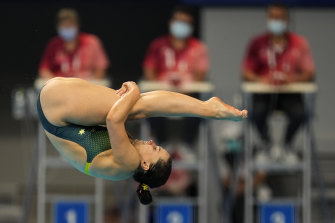 Anabelle Smith competed in Tokyo at her third Olympics.Credit:Dmitri Lovestsky

She is planning to dive at next year’s Commonwealth Games in Birmingham but has not decided whether she will continue competing until Paris.

“The word is getting out more that support is there and athletes can access it confidentially,” she said. “Athlete wellbeing and engagement managers are in hot demand. I think that’s a role I would be well suited to.”