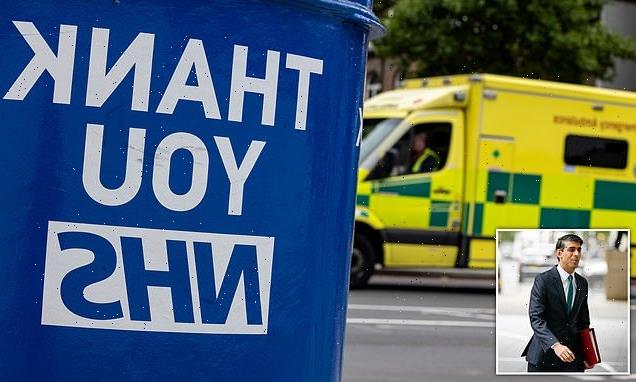 Rishi Sunak is preparing to hand the NHS an extra £5billion from public coffers despite signing off a new £36billion health and social care package last month.

The money will be given to NHS England to fund a digital transformation in the one-in-10 trusts that are still using ‘paper-based systems’.

The cash will also be used to part-fund a slew of new hospitals promised by Boris Johnson.

But the additional funding, to be announced in the Chancellor’s three-year spending review on Wednesday, will raise eyebrows.

In September NHS bosses were given a £30billion handout as Boris Johnson clobbered Britons with their highest tax burden since the Second World War.

The Health Service will receive the vast majority of the £36billion raised by a National Insurance hike over the next three years, with social care receiving a £5.3billion slice. 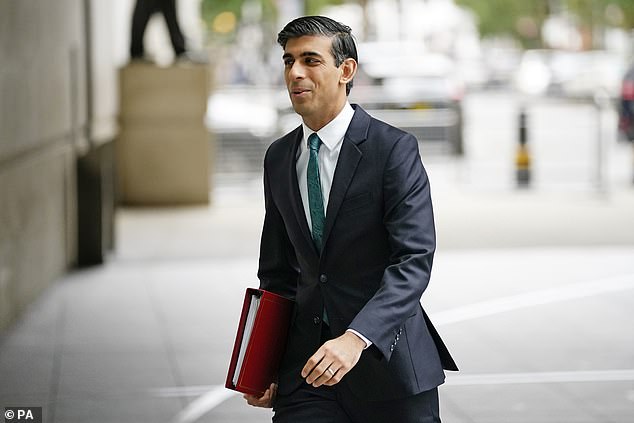 The additional funding, to be announced in the Chancellor’s three-year spending review on Wednesday, will raise eyebrows. 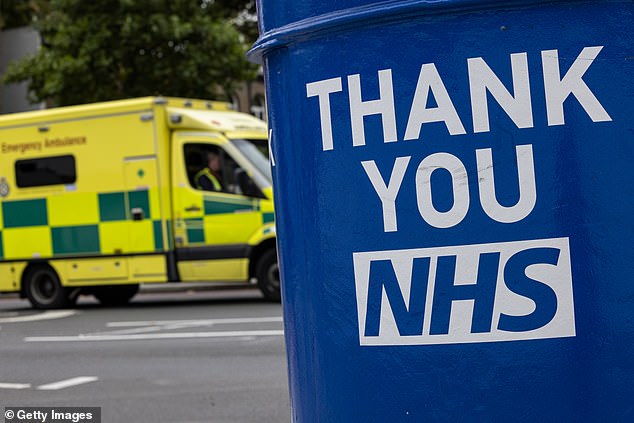 The money will be given to NHS England to fund a digital transformation in the one-in-10 trusts that are still using ‘paper-based systems’.

Critics warned that the 1.25 per cent national insurance rise was a ‘jobs tax’ that could hit 130,000 positions in a  body blow for millions of firms keen to hire new staff after the pandemic.

The increase will apply both on the contributions that employees make – and those paid by their employers.

Today Mr Sunak faced fury from within Tory ranks over a lack of tax cuts to help ailing businesses and workers in the Budget this week.

The Chancellor was slammed by a serving minister over plans to ignore a 2019 manifesto pledge to cut business rates when he sets out his economic plans on Wednesday.

They accused him of being ‘captured by the Treasury’ as it was claimed he will only tinker around the edges of the levy, amid widespread calls for reform in the wake of the Covid pandemic.

At the same time former minister David Davis publicly lashed out at the Chancellor over taxes today, questioning whether he was a ‘Thatcherite’, as he has previously claimed.

Writing in the Mail on Sunday he said: ‘I knew Margaret Thatcher, so I will watch with interest whether he can match the brilliance that Thatcher, and her great Chancellor Nigel Lawson brought to government.

‘Sadly, every indication so far is that his current course will take us on to the rocks – not away from them.

‘I fear Rishi will do so by making a most un-Thatcherite choice to persevere with raising taxes as the solution to ballooning Government debt.’

But Mr Sunak hit back at his critics this morning.  Appearing on Sky’s Trevor Philips on Sunday he said his ‘instincts’ were still for low taxes, but added: ‘I wish I hadn’t had to deal with coronavirus and a once-in-300 years economic shock and all the damage that has caused to the economy, an NHS backlog stretching into the millions that we thought it was really important, rightly, to get some funding in to address.

‘But those are the challenges I am grappling with, and I have to take those challenges and figure out what is the right way to do that and we have made some decisions that I believe, although they are difficult, they are the right decision and the responsible decisions.’