AN advert for a flat went viral after viewers spotted what looked like 'a couple romping on the sofa'.

The picture, taken in the living room of the apartment in Madrid, shows a grey sofa with a purple blanket on top – with a strange shape underneath the blanket. 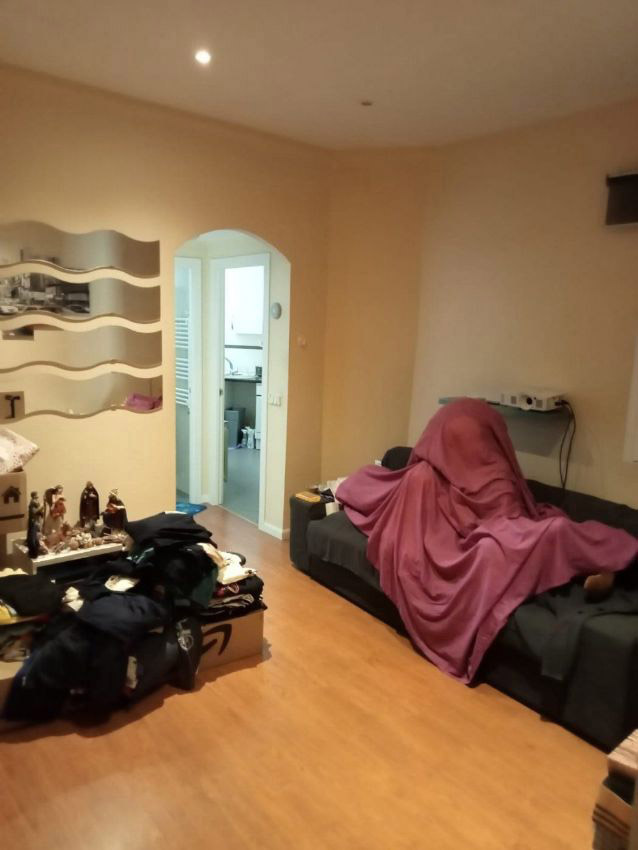 More than 600 people liked the post, with dozens of users commenting their best guess as to what the mysterious shape could be.

One person said: “Is the couple that f***s on the couch included in the price? Is it to make menage a trois or is it that I can charge you part of the €990 month?”

Someone else commented: “Furnished and with surprise under the sheets, what more could you wish for for only €990? Not even Kinder eggs give you so much for so little.”

“Well I almost prefer it to finding a poltergeist,” said one person.

Another user added: “Is anyone else seeing the ghost on the couch? Please tell me that you see it too.”

“With ghost included, it seems like a bargain,” said someone else.

This comes as a cottage has gone on sale for just £289,500 but the bizarre property has a toilet in the master bedroom.

The house in Hadleigh, Suffolk, has been catching the attention of baffled property browsers for its quirky addition after it was listed last week.

The property was shared on a Reddit thread, with the caption having a fun dig at the strange set-up, reading: "Excuse me darling, I just need to go to the loo."

A humoured viewer replied to the images with a simple comment: "Ewww!" 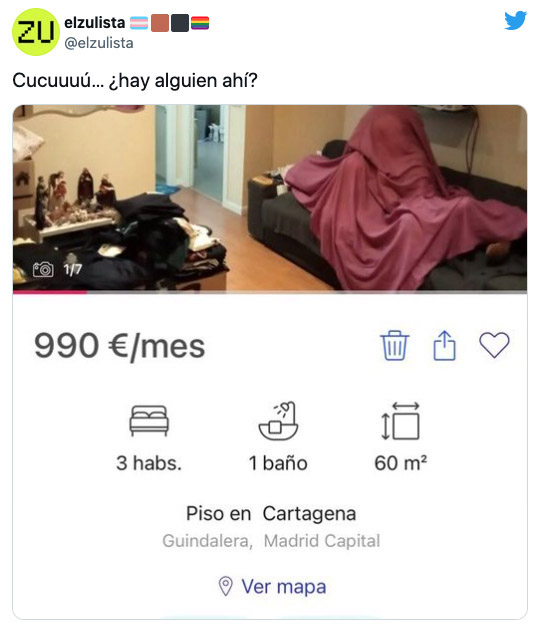