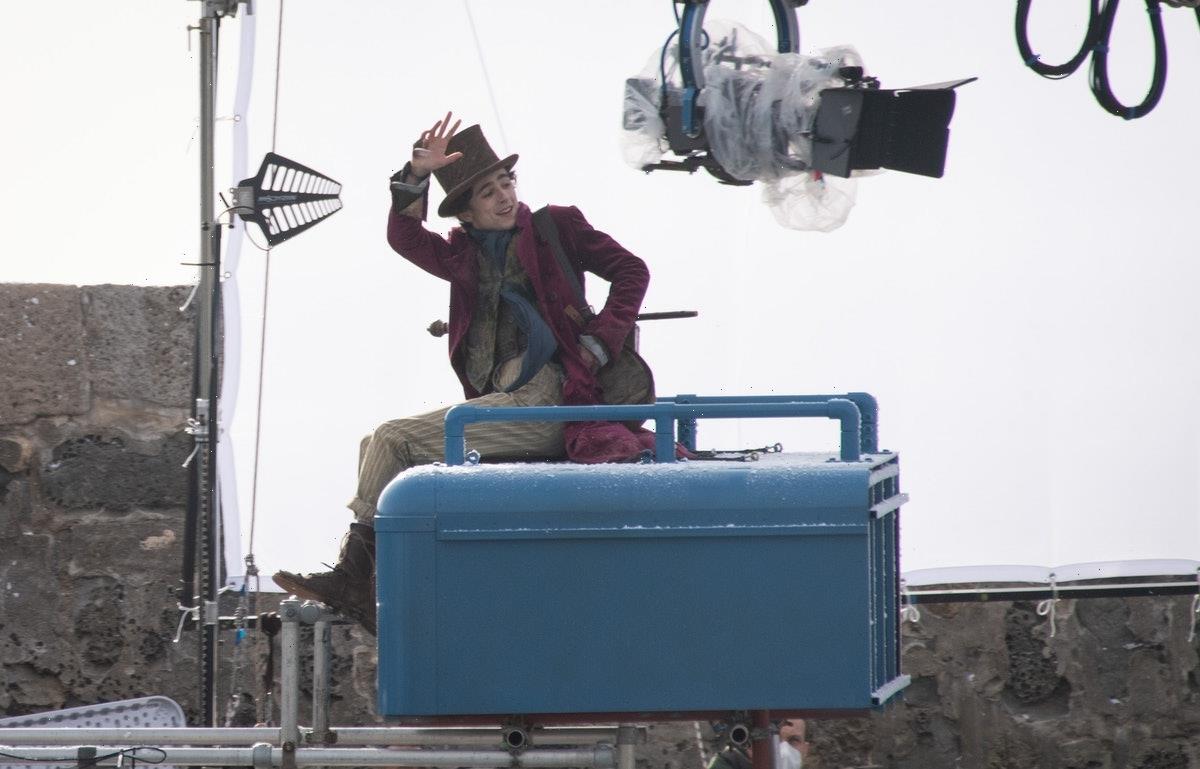 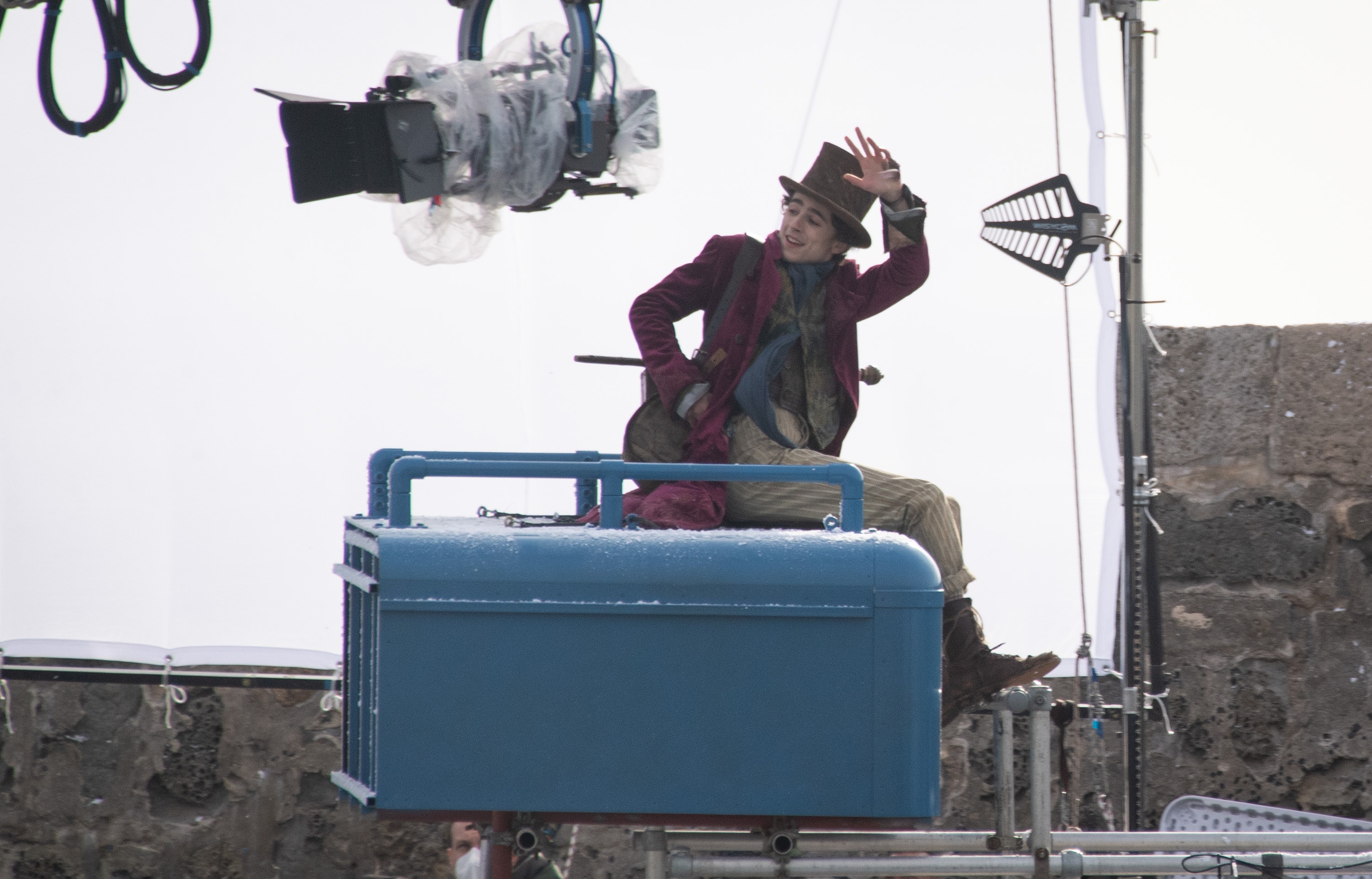 If you’re still recovering from those first photos of Timothée Chalamet in full Old English garb as a nubile Willy Wonka, brace yourself because more images (and even a video) have emerged, erasing any possibility that this whole thing was just a weird fever dream.

Just a day after Chalamet debuted the first-look photos on Instagram, Wonka Whistleblower and Twitter user Art Doherty realized the movie was filming right in his backyard (or just ten minutes down the street at a nearby beach) in Lyme Regis, England. Luckily, Doherty jumped into action and began reporting live from the set, sharing photos and images on Twitter.

“Theydies and gentlethems, without further ado, the main event… THEE timothée chalamet on my doorstep recording a musical number for wonka,” Doherty wrote alongside a video of Chalamet riding on the top of the truck. The clip features the filming of a musical number about his “hat full of dreams,” seemingly a new song created for the prequel.

But that’s not all, there’s even more to satisfy even the most ravenous Wonka appetite. Multiple set images have emerged, showing Timmie riding his truck, singing a tune, and prancing along the water’s edge in a red coat that would leave Nicole Kidman in The Undoing absolutely salivating. This movie may not come out until 2023, but honestly, we need that much time to mentally prepare for it anyway. Luckily, these images will only help.