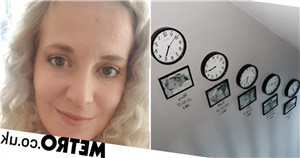 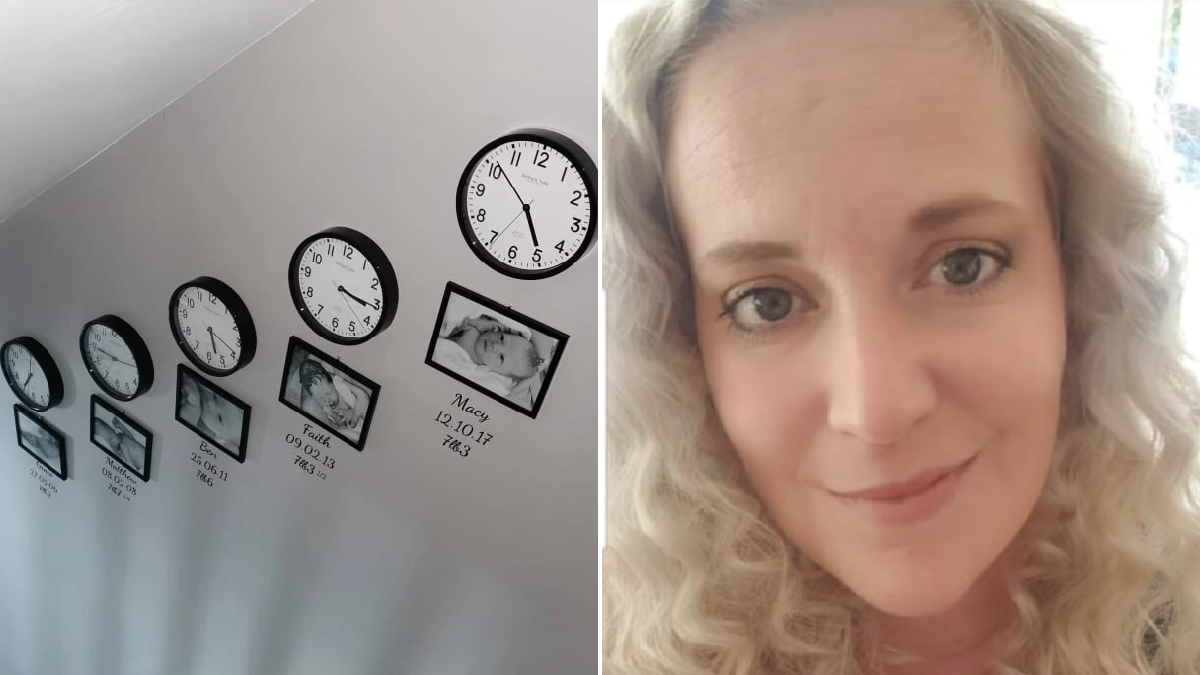 Janine Cars was determined to give her hallway a new lease of life.

So the mum-of-six from Newton Abbot, Devon, came up with a creative way to makeover her stairway, but also pay tribute to her children.

Janine – whose kids are 10 months, four, eight, 10, 13 and 15 – decided to make a feature wall honouring her offspring’s birth dates and times.

The 35-year-old told LatestDeals.co.uk: ‘I recently started to decorate the hall and stairs and really wanted something different to take centre focus on the wall.

‘There were a few similar things I saw on the Internet, but nothing with the wow factor.’

After mocking up her plan, Janine messaged her friend – whose small business Wavey Soul specialises in making decals (plastic transfers).

She adds: ‘I explained my vision to her, and sent her the pictures that I wanted in the frames, as well as measurements of them and the clocks with the time they were born.

‘The writing is self-adhesive wall vinyl. Wavey Soul then creates the wording so it’s easy to pop on the wall without getting everything stuck.’

Janine, who works in security, kept the cost of the project low by buying clocks and frames from her local Asda.

She also printed out photos of her children to go inside the black frames – which were 50p each.

In total, the entire project cost less than £80 – and the mum-of-six (and her entire family) are thrilled with the results.

Janine adds: ‘My partner Pete and the kids thought I was crazy at first but now they all love it.

‘I’m so happy with it – I really love that I can see my babies’ first pictures every day and be reminded of how small they used to be.

‘It cost me £79.50 in total, which proves you don’t need to spend lots of money to transform your home.

‘I’ve had some lovely feedback about my stair art and I’m really in love with it.’