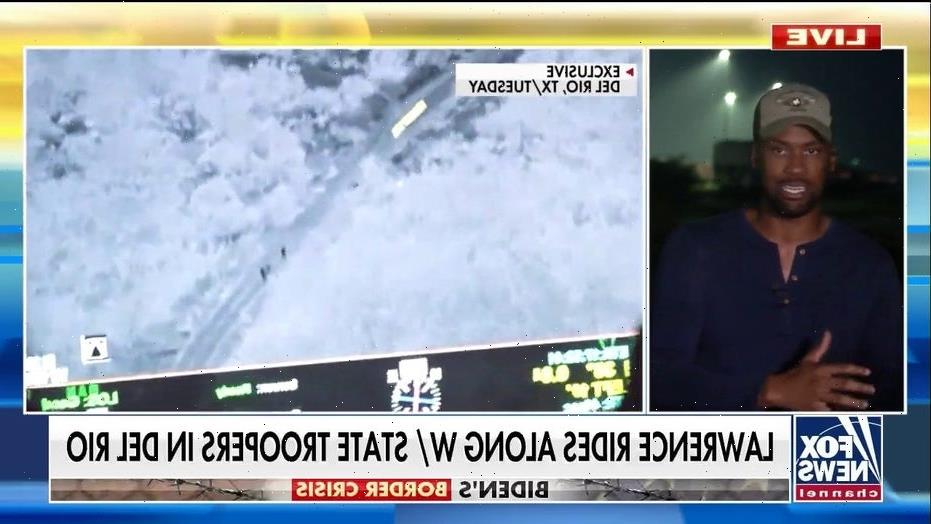 More migrants illegally entering the U.S. to apply for asylum are members of South America’s middle class who fly to the border by plane, according to authorities and aid workers.

While the majority of people who come to the U.S. through Mexico are among the world’s poorest fleeing poverty and crime, such as the thousands of Haitians who recently formed a makeshift camp in Del Rio, Texas, the growth in middle-class migrants reflects continued hardship in nations such as Brazil and Venezuela from the COVID-19 pandemic and associated economic downturns, as well as political instability.

FILE: A pair of migrant families from Brazil pass through a gap in the border wall to reach the United States after crossing from Mexico to Yuma, Ariz., to seek asylum.
(AP)

The U.S. government doesn’t keep track of how migrants arrive at the border or their financial status. But Chris T. Clem, the U.S. Border Patrol’s chief patrol agent in Yuma, said agents intercept people who say they recently flew to a Mexican border city nearly every day.

“They got off the plane and went to a cab or to a bus,” Mr. Clem said of the final leg of the trip to the border near Yuma for these more affluent migrants. “They literally were driven up and just walked up and turned themselves over to us.”

The arrival of more affluent migrants indicates that the pandemic and its economic aftershocks are pushing some people to seek refuge in the U.S. who likely wouldn’t have come in the past.

“The global recession really made people lose hope,” said Andrew Selee, president of the Migration Policy Institute, a nonpartisan Washington think tank. “It’s a big deal to go from being middle class in your country to be undocumented in the United States.”

South America and the Caribbean last year lost about 26 million jobs—the biggest economic contraction of any region in the world, according to the International Monetary Fund. And Brazil recently surpassed 600,000 COVID-19 deaths, second in the world only to the U.S., according to Johns Hopkins University data.

As with other people traveling in families who enter the U.S. illegally and request asylum, most are released to shelters and then travel elsewhere to wait for their claims to be adjudicated, a process that can take years due to immigration-court backlogs.

To continue reading on The Wall Street Journal, click here.