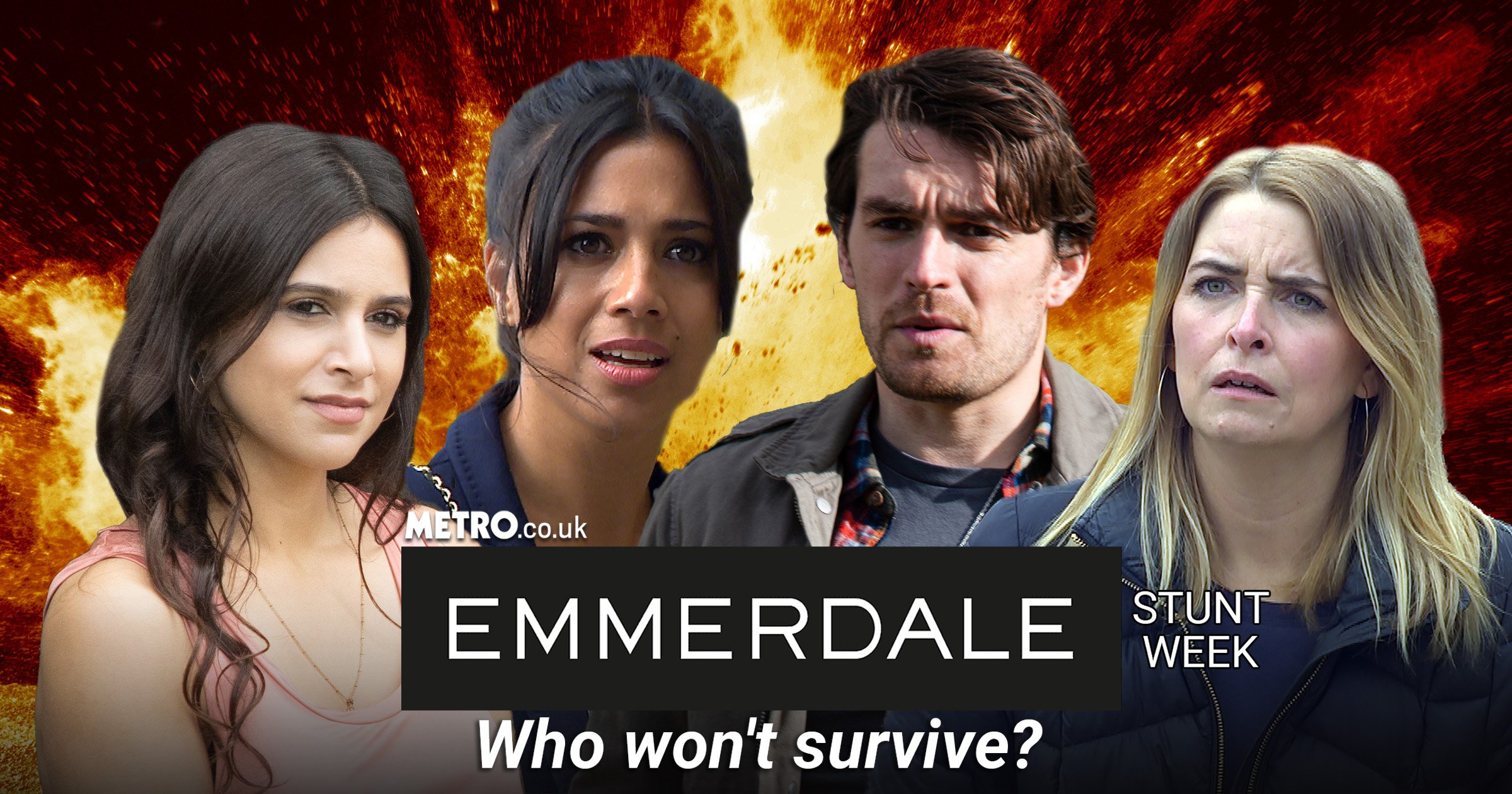 Director Duncan Foster has been central to a number of major stunts across the soaps – from car crash pile ups and sieges to majaor smashes and explosion.

But when ITV chucked a whole lot of cash to Emmerdale to prove that post Covid, the soap was as able to pull off as many epic feats as ever, he encountered his biggest challenge ever.

Of course, as a fellow Duncan, he can achieve anything he puts his mind to.

But with waterfall drops, maze fires, rapids horror and murder, it was quite the job and he has assured us that this was the soap’s biggest set of stunts yet.

He told Metro.co.uk: ‘I’ve done so many of the big set pieces on Emmerdale that it just seems to be a given that when it lands on my doorstep it’s going to be bigger than the last one I did. The last one I did before this was the Hotton bypass crash.

‘What I will say about this one is the hardest part this time has been shooting in different locations. There is a lot of VFX involved which means a lot of information gathering in terms of shots.

‘From a technical aspect, it’s been really difficult but once it’s put together, you’d never know each section was filmed in a different place. The VFX side of things has been bigger than we’ve ever attempted before. Also, our executive producer, Jane Hudson, said she wanted to show off the big outdoors.

‘That’s exactly what we’ve done. The first four episodes are shot wider than you’re used to seeing. It’s been shot more like a film and you’re going to see these great landscapes, it’s the north of England at its finest. So you have these big wide open scenes until the maze where we’ve then tried to make it feel as claustrophobic as we can.’

And fans are in for a treat as Duncan has promised that the end result is something he is proud of – and this is a man who is a perfectionist.

He enthused: ‘We’ve had some absolutely amazing moments. I’ve seen the first early cuts of the first stunt and it looks terrific. The maze is amazing, it’s unbelievable.

‘There have been times when we’ve been filming and we’ve taken a wrong turn and we’re at a dead end. The rapids were fantastic and there’s a lovely scene with David and Victoria where we had incredibly fast-moving water.

‘We played an emotional moment with the two characters clinging to this rock where they both know that she’s slipping away and just as David’s trying to grab hold of her he gets engulfed by water and she goes very rapidly (ignore the pun) over the waterfall. I think it’s going to look great when we put it all together.’