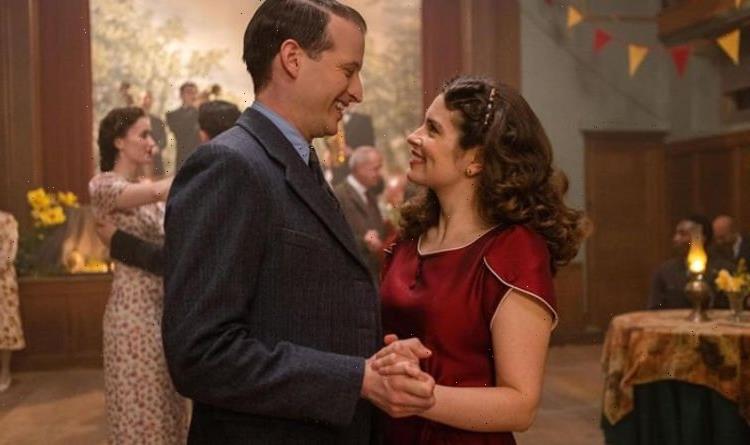 Sneak peak at All Creatures Great And Small

All Creatures Great and Small is on Channel 5 and the second season has brought luck to James Herriot (played by Nicholas Ralph). Over the course of the TV series, he has got his relationship with Helen Alderson (Rachel Shenton) back on track. Fans are keen to know whether Ralph and Shenton are an item in real life and Express.co.uk has the answer.

Are Nicholas Ralph and Rachel Shenton together in real life?

Since he first moved to Darrowby, vet James Herriot has always had his eye on farmer’s daughter Helen Alderson.

Feeling shy at first, he never found the right moment to make a move and ended up losing his chance when Helen got engaged to Hugh Hulton (Matthew Lewis).

In the Christmas special, things changed when Helen called off the wedding, confused over her feelings for James.

By the second season, James had taken on board the advice from everyone at Skeldale House and took his chance.

He and Helen are currently in a good place as a couple – but are they together in real life?

The short answer is no, as Helen actress Shenton is happily married to actor Chris Overton.

The pair tied the knot in 2018, and her husband is an actor and director who is best known for his film The Silent Child.

Shenton actually wrote and starred in the film, for which her husband won an Academy Award for Best Live Action Short Film.

He also produced Six More Sleeps and Dalston Heath and took on acting roles in the series Two Pints of Lager and a Packet of Crisps, Hollyoaks and Drifters.

Speaking of her wedding day, Shenton told The Sun: “We got married not that long ago in amongst all the madness!

“It was a very private event, we wanted to keep it private, but I am so happy though.

“It has been a very good year, I don’t know what we are going to do next year!”

Their wedding happened seven months after winning the Academy Award for The Silent Child.

As for actor Ralph, not much information has been shared about his private life and relationships.

He said the love of his life was Cape Town, where he was born and spent his first year.

He admitted his celebrity crush was Gwyneth Paltrow but has given no indication of whether he is in a relationship.

Both actors opened up about filming the second season of All Creatures and how it was a lovely feeling to be reunited with the rest of the cast.

Shenton said: “We hadn’t seen each other for such a long time! All of the press you would usually do in person was all done in our living rooms on zoom, so none of us spent any time together.

“It took a second to acclimatise to being back at work, I don’t think I’d put jeans on for a year!

“But you get back into things really quickly and we were all in the same boat and super supportive of each other.”

Ralph spoke about the first romantic moment between Helen and James, at the village dance.

He said: “Rachel and I worked on our dance a lot and I think we managed to get it looking quite good.

“James says his mum used to take him to these tea dances and he’d be dancing with her and all the other older ladies so he can dance a little bit but he’s self-conscious about it and he doesn’t want to stand on her toes.

“Even with that, I think he comes into his own.”

All Creatures Great and Small airs on Thursdays on Channel 5 at 9pm.