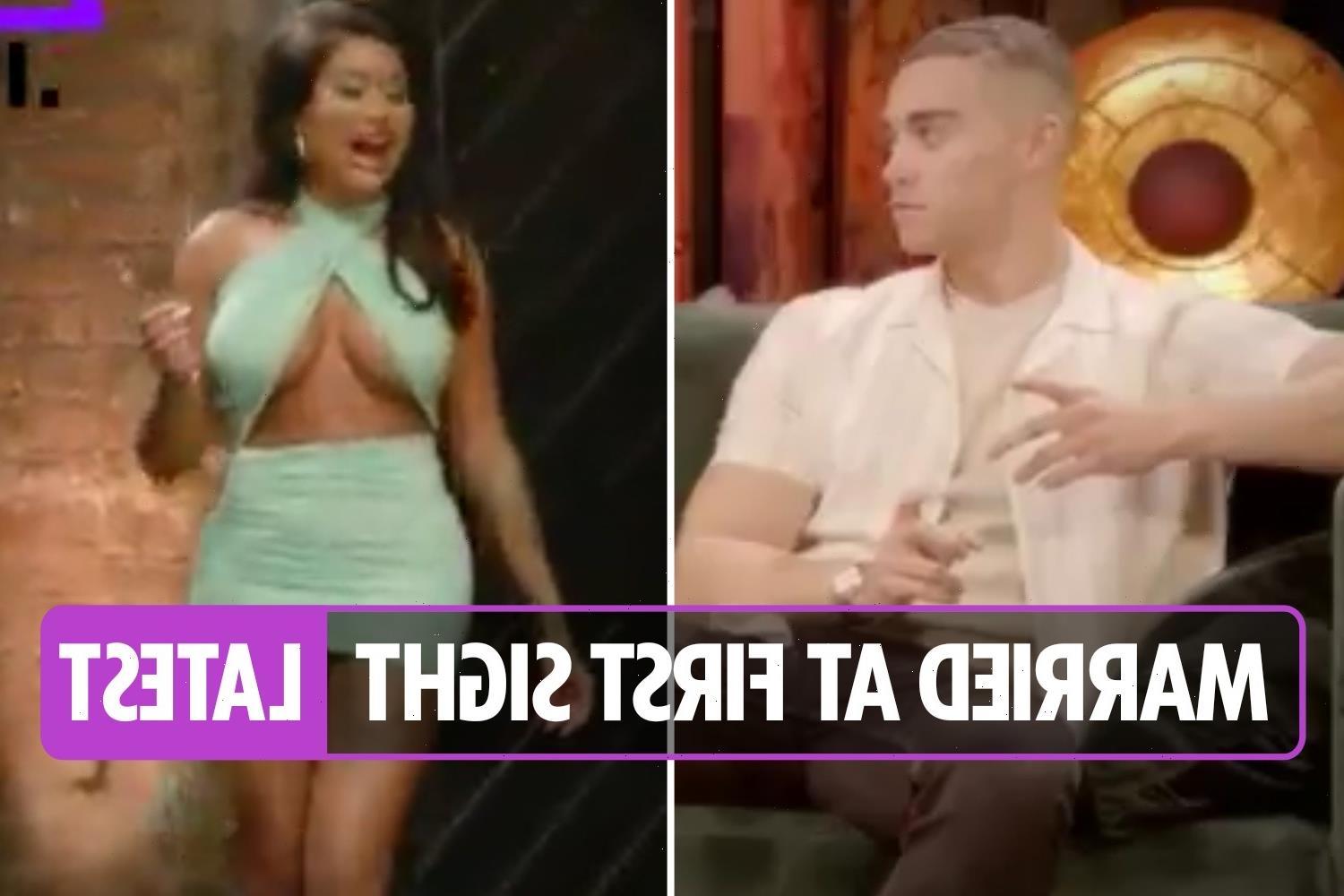 MARRIED At First Sight's couples are returning for another dose of drama in an explosive reunion episode.

Fiery Geordie Nikita is back with a bang and it looks like she and ex-husband Ant are going to clash in a first look teaser.

While Morag tells Luke "I don't recognise you" in a tense sofa chat in fronmt of the other coupes.

But while there are rows, there are also sweet moments too as Adam and Tayah's love story moves dating coach Paul Brunson to tears.