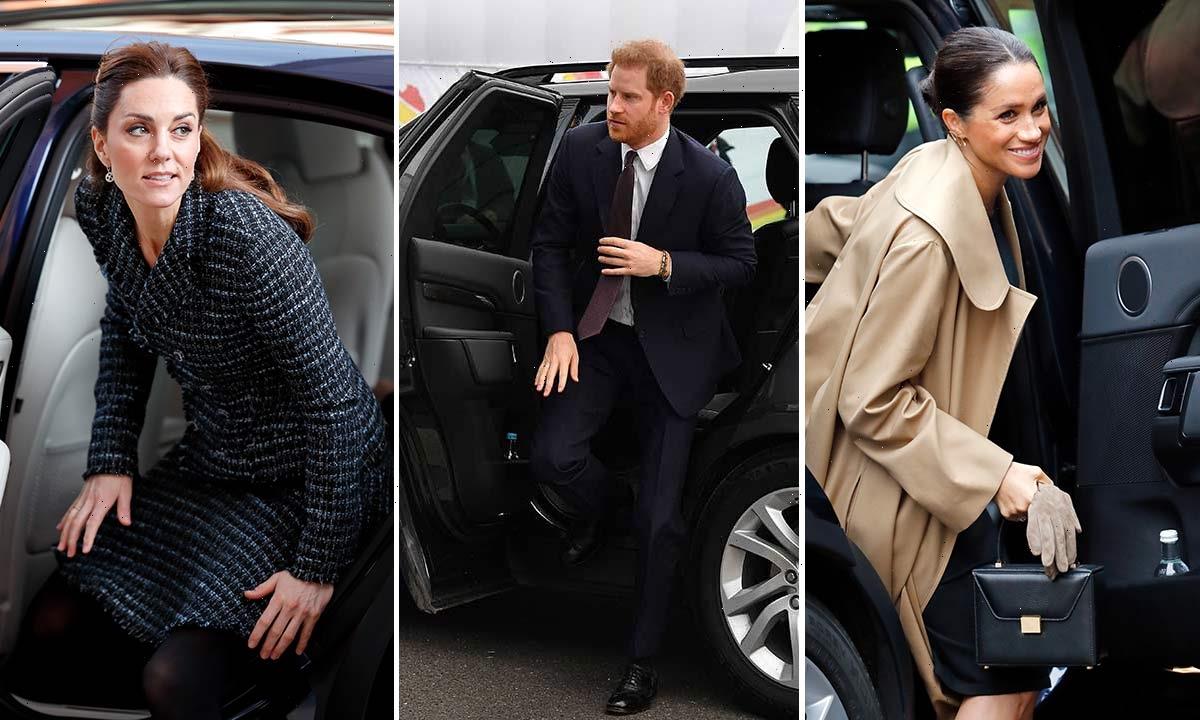 The royals might live in palaces and mansions but sometimes they really are no different to everyone else. Like most of us, they like to be prepared at all times and that includes when they’re travelling around.

The Duke and Duchess of Sussex made sure they were well prepared during their three-day visit to New York in September 2021. Eagle-eyed fans spotted that the couple kept a bag of RIND snacks inside their car during their trip, in case they felt a bit peckish.

WATCH: Prince William and Kate Middleton drive out of Buckingham Palace on their wedding day

The New-York based food company produces dried snacks with upcycled whole fruit, which helps to minimise food waste. Harry and Meghan have long-supported sustainability so we’re not surprised that’s reflected in their snack choices.

But what about other members of the royal family? Keep scrolling to see what they keep in their cars…

The Duke of Sussex

Back in January 2020, when the Duke of Sussex attended meetings at the UK-Africa Investment Summit in Greenwich, we noticed a glass bottle of water in the side compartment of the door as Harry stepped out of his vehicle.

Harry makes sure to stay hydrated

As he has always been a strong advocate for the environment, we’re not surprised that he chose a recyclable container.

The Duchess of Cambridge

As a mother-of-three, the Duchess of Cambridge knows it’s always best to be prepared when it comes to looking after her children. In July 2019, she took Prince George, Princess Charlotte and Prince Louis for a day out at the polo where the kids cheered on dad Prince William and uncle Prince Harry. As ever, the hands-on mum prepped for their outing, filling the car boot with snacks and drinks.

MORE: 15 surprising things you never knew about how the royals pack for tours

Kate filled the boot with treats and snacks

Kate was spotted unpacking her children’s treats and gathering the kids around her. With Louis settled on her lap, she offered up what looked like everyone’s favourite picnic treats – flapjacks, carrot batons, slices of pepper, cookies and more. Kate had packed the food into plastic containers but also prepared another dish in a disposable foil tray. The children had bottles of Evian and plastic sippy cups to drink from.

The Duchess of Sussex

In January 2019, the Duchess of Sussex also made sure she had all her essentials with her during her visit to City University in London. Eagle-eyed watchers spotted how Meghan kept a packet of peppermint Smints in her car – no doubt to leave her breath feeling fresh!

Smints were spotted in Meghan’s car

And in an extract from Finding Freedom, the royal biography written by Omid Scobie and Carolyn Durand, the authors noted how Harry and Meghan travelled with “their own personal hand sanitiser pumps and DEET repellent lotion bottles in the seat pockets of their car” during their royal visit to Fiji and Tonga in 2018.

Meghan took the extra precautions because she was pregnant with baby Archie at the time and the two countries are “areas with risk of Zika”, which can cause serious birth defects if a pregnant woman is exposed to the virus.

Previously, it was revealed that the Duchess of Sussex likes to travel with Hildon natural mineral water in still and sparkling. Hildon natural mineral water gained an official royal warrant after supplying the royal household with the water for several years. The particularly high standard brand of water comes from 50 years of natural filtration through the chalk hills of the Test Valley in Hampshire.

The water could be spotted in Meghan’s car

Speaking about the royal warrant being awarded, the brand’s executive director Debbie Jones said: “The Warrant is a highly-prized seal of approval that is granted after an extremely rigorous audit process. This means a great deal to the whole team. Crucially, it is further proof that we have a robust environmental and sustainability policy, which is not only part of the criteria to hold the warrant, but also an important part of our core philosophy.”

The Duchess of Cornwall

The Duchess of Cornwall, meanwhile, likes to have a bag of Murray Mints in the car with her on journeys. Camilla was pictured getting out the car, which had a bag of the popular sweets in the front seat pocket, as well as a bottle of water and packets of biscuits. Mints are considered to be the perfect confectionary for travelling with, especially on long journeys.

Camilla has been spotted with Murray Mints in the car

Kate, Meghan and Camilla aren’t the only royals who keep certain things ready in the car, as it is well known that the Queen always keeps a blanket ready for travelling, and can often be seen with it draped over her knees while travelling in her car. In summer 2018, Kate was spotted using a cosy blue blanket as she travelled with Her Majesty to Crathie Church for a service, while dressed smartly in a Catherine Walker coatdress and hat.