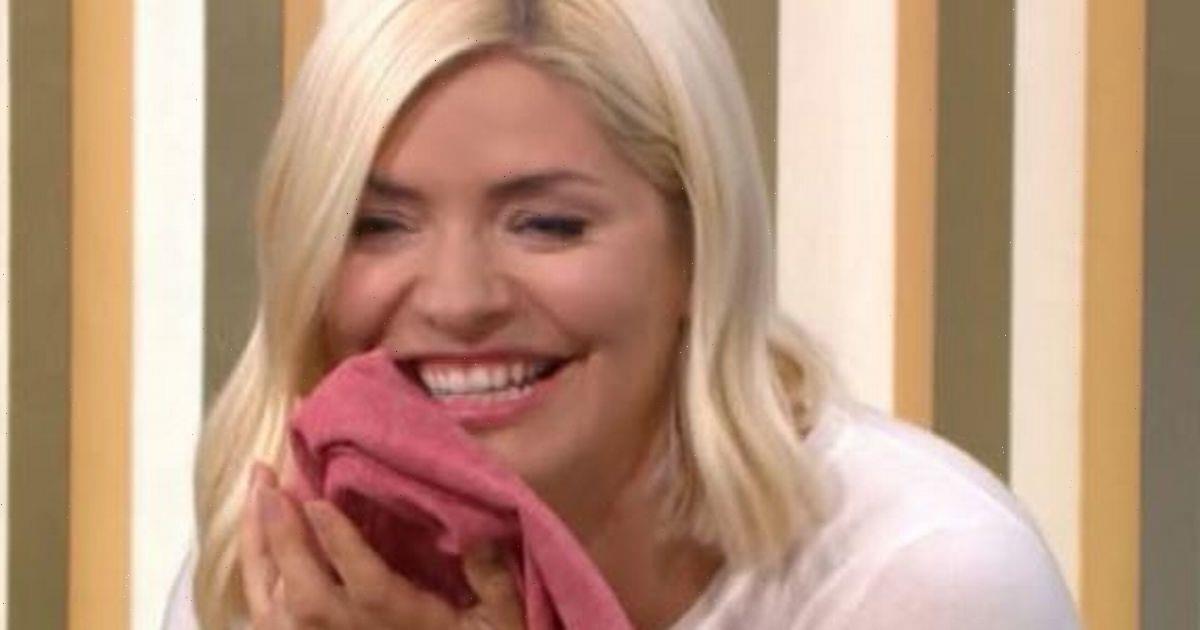 Gino D'Acampo caused absolute mayhem during his big return to ITV's This Morning on Tuesday morning after nine months away.

Hosts Holly Willoughby and Phillip Schofield were left in a fit of hysterics as the 45 year old made a cheeky innuendo while demonstrating his recipe for a yummy tiramisu.

Speaking in his thick Italian accent, the chef suggested using "pitted cherries" – but Holly and Phil thought he had said "big t***s".

Phil tried to hilariously clarify what Gino had said, who in return pretended he didn't understand what was going on while Holly couldn't help but erupt into laughter.

Describing what he actually meant, Gino said: "When you take the stone out (of the cherry)/"

Holly finally clocked what he was trying to say, telling Phil: "Pitted! I think he said pitted!"

The blonde bombshell struggled to contain her laughter as she placed a piece of fabric atop her face to gain composure.

As well as Holly and Phil, viewers at home couldn't get enough of Gino as he cheekily mimicked having a shovel in his hand.

"Safe to say, Gino has been missed #ThisMorning," one person commented.

Another wrote: "Thank you so much Gino, Phil and Holly #ThisMorning the jeopardy of daytime telly, I needed that giggle xx."

A third added: "@thismorning #ThisMorning so many innuendos but omg 'BIG T**' did anyone else hear that?! Lol."

Another wrote: "Actually missed the recipe from laughing #ThisMorning @Ginofantastico."

Someone else amused wrote: "@thismorning #ThisMorning so many innuendos but omg 'BIG T**' did anyone else hear that?! Lol."

Gino has been busy helming the rebooted version of Family Fortune this year, taking over from Vernon Kay, who presented an All-Star version from 2006 to 2015.

However, back in April, the show's original host Les Dennis complained that Gino's reboot was too long, saying ITV "haven't served Gino well".

Les' problems with the show included it being too long, the questions being too similar, and the new teams not taking it seriously enough.