Sony wants your excitement through the roof for Venom: Let There Be Carnage. To boost that even more, they devoted Monday, Sept. 27, to celebrating Venom Day. While already revealing a new sneak peek at Cletus Kasady’s transformation into Carnage, they want to see fans transform with a new Venom Snapchat filter. 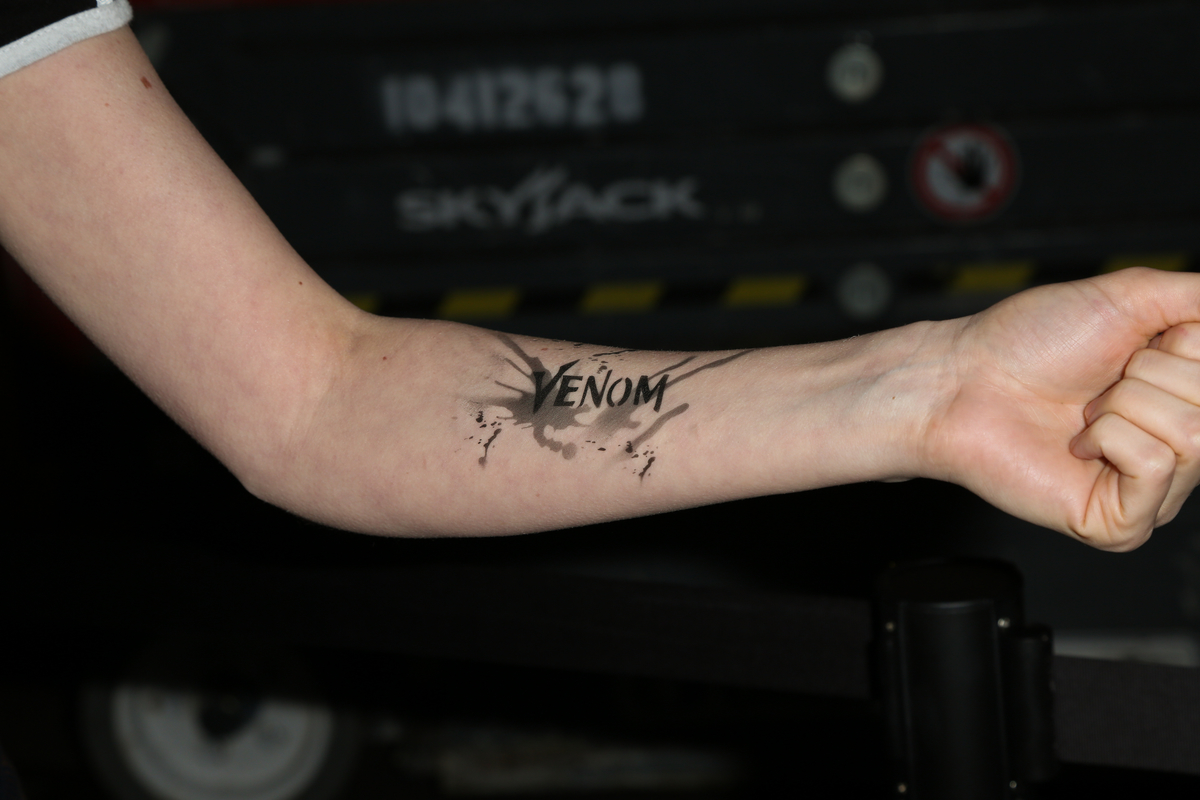 When the official Venom movie Twitter posted a cryptic tweet about Venom Day, plenty of fans launched into theories.

It could include a new trailer, a new release date, even confirmation of a Venom 3.

Monday rolled around, and Sony started with a bang. Dropping an exclusive glimpse at Woody Harrelson as Cletus Kasady, IGN flashed the new clip on Twitter bright and early.

The terrifying scene occurred after Cletus took a chomp out of Eddie Brock’s hand in Venom trailers. Likely how he obtained the Carnage symbiote, it stops the criminal’s lethal injection, inciting a prison break.

And it looks to be a brutal affair. Tearing through guards and breaking Naomie Harris’ Shriek, the clip showed just how frightening of a presence Carnage has.

A surprising unveiling of the Venom Snapchat filter

Sony then revealed a new Venom Snapchat filter that turned users into the black alien symbiote. They encouraged fans to share their shots with the #WeAreVenom and why they might make a good host.

While the promotional videos only featured people turning into Venom with the ‘Venom Vs. Carnage Lens.’ However, users also have the option to transform into Carnage.

Another shocking celebration for Venom Day

In addition to the Venom Snapchat filter and the Carnage clip, Venom Day celebrated with some “biting” comments.

“Eddie says no eating people today, but roasting is allowed. If you can handle a bite from me, comment,” the Twitter account said, beckoning brave souls.

While several fans and news sites speculated on what Venom Day could bring, no one expected an invitation for Venom himself to roast audiences.

The post went up just 10 minutes at 1 pm EST and garnered hundreds of comments in a few hours. Venom fans really want roasted by the alien symbiote.

However, fans looking for the Venom Snapchat filter can find it as the top pinned post. The filter includes a convenient switch on the side depending on if you desire to become Venom or Carnage.