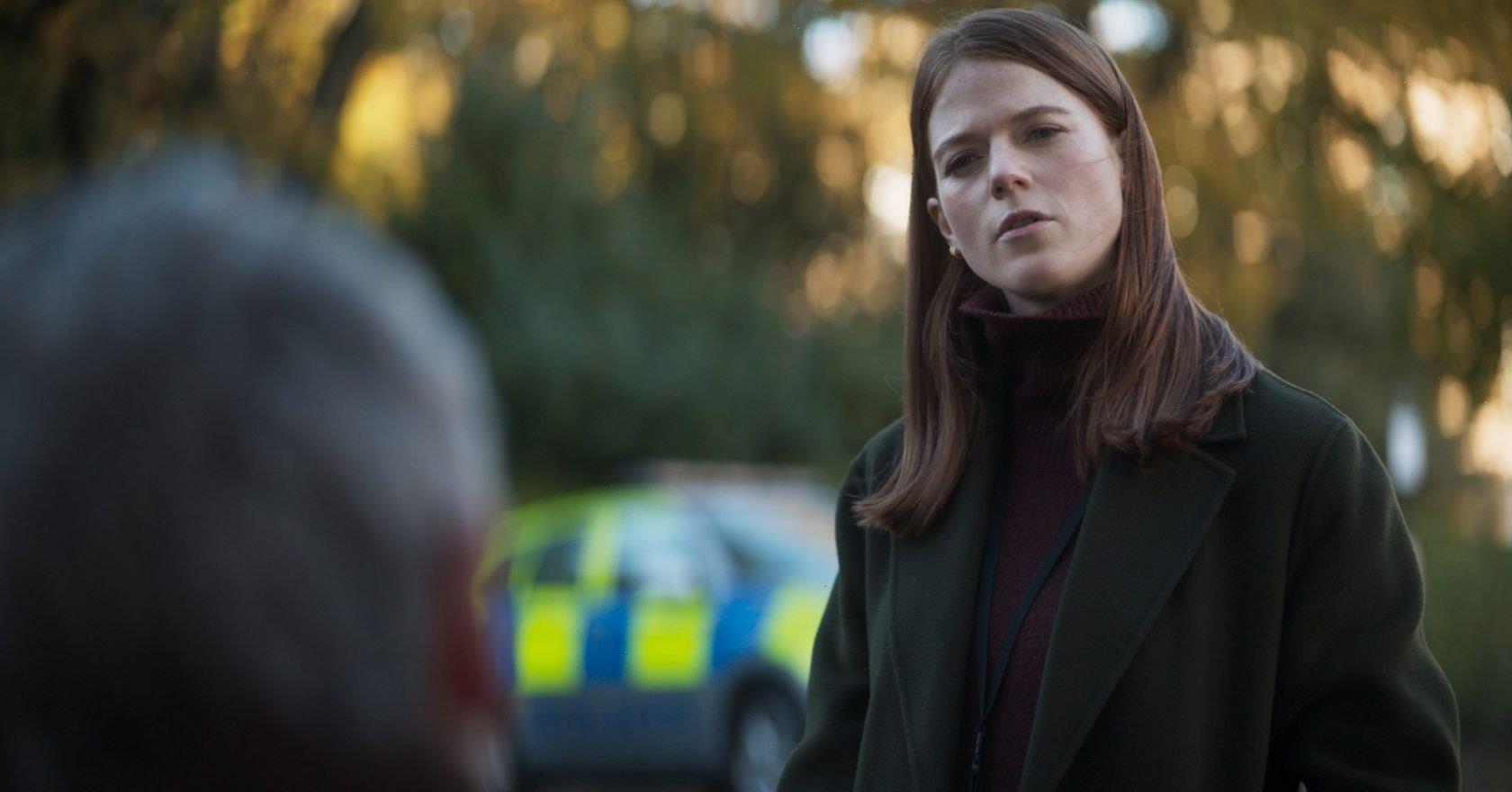 Warning: this article contains spoilers for the final episode of Vigil. Do not read on unless you have watched the BBC One thriller in full.

Vigil has taken us all on one hell of a ride over the past few weeks – so much so that some viewers expressed concern that the show’s big finale would never be able to live up to our dizzyingly high expectations.

They needn’t have worried, however; the always-engrossing BBC thriller more than delivered in its final chapter.

Amy and Kirsten rekindled their romance in the Vigil finale.

The episode began, as expected, with DCI Amy Silva (Suranne Jones) still trapped in a torpedo tube flooding with water. And, sure, an order from Commander Mark Prentice (Adam James) saw her coffin-like prison drained dry just in the nick of time, but she remained trapped inside it for a good chunk of Vigil’s horrifyingly claustrophobic finale – all as the damaged sub slowly sank towards the depths of the ocean floor, enemy ships slowly gathering it like sharks circling chum.

Understandably, Amy was convinced that she was a goner. Exhausted and barely able to breathe, then, she let herself escape into some of her most important memories; she spent time in her mind with Poppy (Orla Russell), the little girl she promised to protect for the rest of her life. And, of course, she returned to the moment that everyone watching has long wondered about; the moment that led to her and DS Kirsten Longacre (Rose Leslie) calling time on their relationship.

The bittersweet memory saw Amy and Kirsten lying in bed together, the latter tapping out messages in Morse code on the former’s back. “I love you,” she tapped, over and over again, but Amy couldn’t bring herself to say the words aloud – prompting Kirsten to walk out in a bid to protect herself from future heartbreak.

“I’m sorry,” whispered Amy from her terrifying present, light flickering on her torch as the last of her oxygen supply ebbed away. “Please don’t go.”

While Amy’s words couldn’t change the past, however, the memory did inspire her to use her long-dormant Morse code skills to bang out a message to the baffled crew of the HMS Vigil – accidentally alerting Matthew ‘I’m An Evil Russian Spy’ Doward (Lorne MacFadyen) to the fact that he hadn’t silenced her quite as permanently as he’d hoped.

Thankfully, Prentice got to Amy first; he hauled her out of the torpedo tube, got her to her feet, and then urged her to run while he fought Doward off – a heroic act which, tragically, ended with Prentice being stabbed and killed (RIP Prentice, you will be missed).

He did his job. He did it well. He’d have known that

What followed after, quite honestly, was something not unlike a horror movie; Amy was pursued through the ship’s underbelly by a slow-walking villain, in a mask, wielding a knife. Eventually, this tense game of cat-and-mouse ended up in a standoff in the control room of the HMS Vigil, which Commander Newsome (Paterson Joseph) solved ever so adeptly; he had his team dip the sub, hurling Doward to the floor and allowing Amy the chance to a) escape and b) arrest him for the murders of Jackie Hamilton (Anita Vettesse) and Prentice.

“If he hadn’t heard me in there, I’d have died,” she told Newsome later of Prentice’s final sacrifice.

“He did his job. He did it well. He’d have known that,” he replied simply.

Vigil episode 5 recap: this is the only question we need answered in the finale

It’s little wonder, then, that Amy agreed to keep certain details of her time aboard the HMS Vigil underwater, as it were. She, much like Newsome and the others, felt the need to protect Prentice’s reputation and allow him to be remembered by his peers with honour. She forgave him his past misdemeanours, and allowed his memory to be shaped by his bravery instead.

This theme of forgiveness and redemption was one which continued throughout the final half of the episode. Not towards Doward, obviously; to paraphrase Amy, he was an insufferable narcissist who killed innocent people in order to make himself feel special. And, likewise, not the Russians; they, in fact, became the scapegoat for everything that went wrong throughout the entire series – right down to the Scottish fishing boat that was dragged down in the very first episode by the Americans (keep up).

No, I’m talking, of course, about Amy and Kirsten’s reconciliation – the one that myself and other viewers had long hoped for, but didn’t dare to believe we’d ever witness.

Amy, despite our worst fears, survived the terrifying events of Vigil.

“I got scared,” said Amy to Kirsten, explaining why she never told her the words she so desperately needed to hear before. “I know I hurt you, and I’m sorry… [but] you always made it sound so easy when you said that you love me.”

“And I always will,” replied Kirsten matter-of-factly. “I don’t think that should be hard.”

“I find it hard,” argued Amy in response. “But that doesn’t mean that I don’t feel it… when I was down there and I was trapped, all I could think about was Poppy and you.”

“Do you love me?” asked Kirsten simply.

I don’t want this world to burn

The episode, which also saw the slate of Glover (Shaun Evans) wiped clean as he reunited with his wife and daughter, ended with a voice recording from the late Burke (Martin Compston) – whom, we learned, was approached by the Russians himself, but turned them down immediately.

Why? Because “I don’t want this world to burn,” he explained. Because he wanted to build a safer world for himself and his loved ones. Because, despite the nefarious forces lurking in the shadows and at the top of society, ours is a beautiful world, too – if only we stop and look for the goodness in others.

The Devil’s Hour: this new TV thriller sounds scary as hell, so prepare for some sleepless nights

Now, some critics have suggested that the series works best without its more human (some have used the word “soapy”, incredibly unfairly) moments. This writer, however, thinks the show’s beating heart is what make Vigil stand out from all the other thrillers on TV right now – and the idea it presents in its final chapter, the idea that it is always better to dwell on the beauty of life, exemplifies this perfectly.

Why? Well, because due to what scientists dub the brain’s “negativity bias,” we’re far more likely to notice the bad qualities in others over the good ones: the things that worry or annoy us, or make us critical. The things that make us scared. And this, in turn, naturally leads us to feeling less supported, less safe, less inclined to be generous, and less likely to pursue our dreams – see, for instance, Amy’s previous decision to self-sabotage the relationship that was making her so incredibly happy.

CPO Elliot Glover, played by Shaun Evans, turned out to be a good man in Vigil.

So, what can we do about our innate ability to see the bad in others? Well, as Rick Hanson Ph.D. tells Psychology Today, we can slow down and look for those positive intentions, abilities, and character traits in the people around us that may not be so easily apparent.

“Seeing the good in others is a simple but very powerful way to feel happier and more confident, and become more loving and more productive in the world,” he says, noting that taking the time to do so will make us more aware of our own good qualities, too.

Yes, it’s a slightly cheesy takeaway from a truly riveting series (and by slightly cheesy, I mean a melted camembert sat atop a mozzarella pizza). However, it’s an all too relevant one, particularly after everything we’ve all gone through over the past few years.

Right now, this is the sort of positive energy and direction we could all use. Especially after several weeks of tense televised submarine warfare.

All six episodes of Vigil are now available to stream on BBC iPlayer.