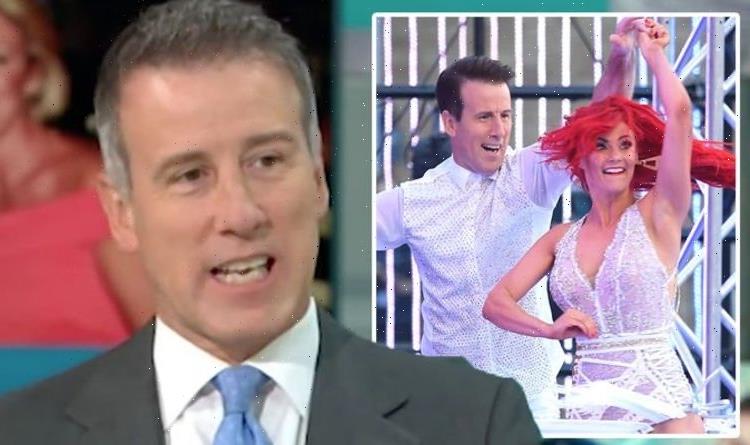 The first live show of Strictly Come Dancing 2021 is 24 hours away as the 15 celebrities prepare to take to the dance floor for the very first time with their professional partners. And it isn’t just on the performing side of things where BBC viewers are in for a change as Anton du Beke will be making his debut as a permanent judge on the show after stepping into the shoes of Bruno Tonioli. However, all hope isn’t lost that Anton could be showing off his skills on the floor again this series as he teased a potential return to Kate Garraway and Ben Shephard on Friday’s Good Morning Britain.

Discussing this year’s series, Kate and Ben were keen to see if Anton would be performing at least once in the upcoming competition.

“Well I hope so,” Anton admitted. “I hope to do something maybe if one of the pro ladies is up and somebody comes and sings and we have a dance.”

However, there was a catch: “But I don’t know about the bubbling situation.”

“So at the moment no, because we’re all bubbling,” Anton added before Ben had a brainwave which could lead to the judge heading back to the dance floor.

“What about the other judges?” Ben chimed in, prompting Anton to admit that that could well be a possibility.

The Strictly Come Dancing judge replied: “Well, that is an option, I grant you.”

Kate and Ben let out a laugh after working out the one condition that could see Anton return to the floor.

Kate then quizzed: “Is there anyone that you’d favour as an option?”

“Yes, there are,” Anton replied before he jokingly answered: “Darcey Bussell,

“But unfortunately she’s not there anymore, So I’ll have to make do with Craig [Revel-Horwood].”

Anton may not be taking part as part of the pro dancers line-up this year but the celebrities have already been matched up with their respective partners.

However, the series has already been hit with controversy following reports a handful of pros had refused the Covid vaccines.

“In all seriousness, I don’t know anything about it because I’m not part of the pros anymore,” Anton said when probed about the reports.

However, he did insist the show was doing all it could to keep the stars safe.

“I do know this, if it’s anything like last year, everybody is tested every week anyway.

“Everybody is bubbling as they are, everyone’s keeping their distance and wearing face masks in the studio.”

“They’re treating it as if we’re still in the grip of the pandemic,” Anton added.

A spokesperson for the BBC said of the reports: “We do not comment on speculation of somebody’s Covid vaccination status.

“Strictly Come Dancing production has, and will, continue to follow strict government guidelines to ensure the safety of all on the show.”

Good Morning Britain airs weekdays at 6am on ITV.
Strictly Come Dancing airs at 7pm on BBC One.