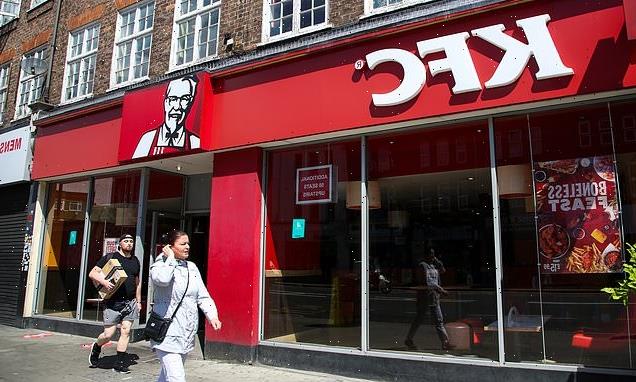 Prime Minister Jacinda Ardern has issued a rallying cry for New Zealanders to ‘lead the world again’ in the fight against Covid-19 and reach a 90 per cent vaccination rate before year’s end.

New Zealand, with just 27 deaths through the pandemic, has been lauded for its public health response to the deadly virus.

Ms Ardern’s government hopes to vault over countries like Portugal, Singapore and the UAE – who have fully vaccinated more than 75 per cent of their adult population – to again lead global rankings.

‘Let’s be top of the table,’ she said in Wellington on Thursday. ‘Here’s our chance to lead the world again.’

New Zealand has been the longest-running leader of Bloomberg’s Resilience Index, which ranks counties according to their response to COVID-19, including freedoms restored to its citizens. 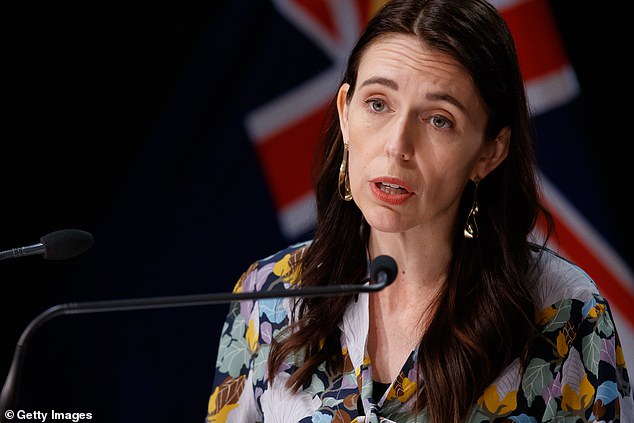 However, the country currently sits in the bottom half of Bloomberg’s table, owing to its response to the current Delta outbreak.

While most of New Zealand was lifted out of restrictions three weeks later, 1.7 million Kiwis in the Auckland region remain under stay-at-home orders for a sixth week.

Now, New Zealand is plotting a path that will allow it to abandon lockdowns but avoid the huge human toll seen in other parts of the world.

‘It all comes down to vaccination,’ Ms Ardern said.

As of Thursday, New Zealand has fully vaccinated 40 per cent of adults, with 75 per cent having received one dose of Pfizer’s two-dose treatment.

That is up from just 22 per cent and 39 per cent as of August 17, when the Delta outbreak was first identified – underlining how the recent outbreak shocked New Zealanders into action.

Those rates are still well behind world leaders like Portugal (84 per cent of adult population fully vaccinated), UAE (81 per cent) and Singapore (77 per cent).

‘I hate the idea of even one preventable death,’ Ms Ardern said last week, adding on Thursday, ‘Ninety per cent or higher is my aspiration’. 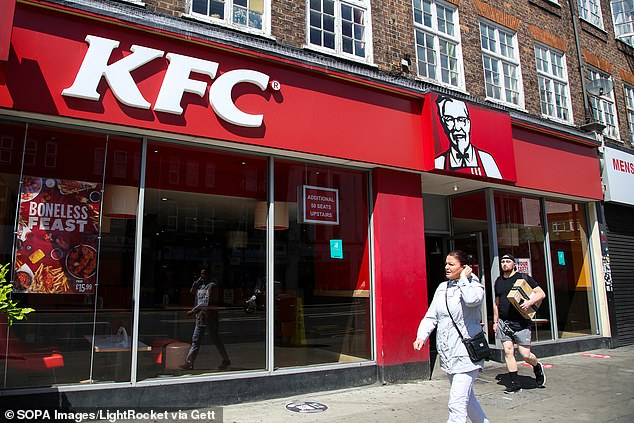 ‘If you have pockets of any community where there are lower rates, that leads to the potential for outbreak,’ she said.

‘We do need to make sure we have equitable coverage that does see our Maori, our Pacific, our rural, our isolated communities, with high rates of vaccination … we don’t want to leave people behind.’

On that front, the government has more work to do.

New Zealand has contracted with Pfizer for its entire rollout, and after deals with Spain and Denmark in the past fortnight, has enough vaccine to cover the entire country.

While 91 per cent of over-65s have received their first dose of Pfizer’s two-dose regime, as of Wednesday just 52 per cent of Maori and 67 per cent of Pacific people were partially vaccinated.

‘The benchmark should be tangata whenua (people of the land, or Maori) and tangata moana (people of the ocean, or Pacific people). It must be based on those communities,’ he said.

There is also a shortfall in Kiwis engaged in the system.

Just 79 per cent are either ‘vaccinated or booked’, showing Ms Ardern’s government must improve outreach to reach its lofty 90 per cent goal. 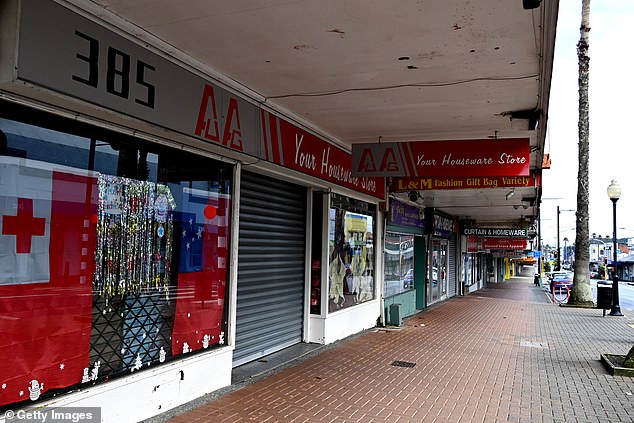 The prime minister says New Zealand is ‘pulling out all of the stops’ and is open to unconventional routes to its target.

Mr Whippy-style buses with health teams on board are touring under-vaccinated Auckland suburbs, drive-through stations are open, and the idea of jabbing while in line at KFC is being entertained.

The idea is not so loopy: New Zealand’s love of KFC is well known.

Reports of police arresting two men attempting to enter locked-down Auckland with ‘a boot-full of KFC’ made international headlines this week.

Closer to home, the NZ Herald reported a man setting up a tent outside his local fried chicken takeaway ahead of the restaurant’s re-opening on Wednesday.

Still, more could be done.

The buses have yet to hit their stride: just 400 people were vaccinated during their first week of operation.

And the government is yet to roll out a mass-scale advertising campaign to get more Kiwis – and particularly young people – to roll up their sleeves.

‘What every country has experienced is a point where you reach a certain (vaccination) rate, and ours has been higher than most, where it gets a little bit harder,’ Ms Ardern said.

‘We need conversations. We need to get creative, too.

‘We have the supply of vaccines we need. We have the workforce ready to do the job.

‘So have that conversation with your whanau (family) or friends.

‘Help someone make a booking, or give them a lift to a vaccination centre.

‘Each action – large and small – gets us a step closer to the opportunities and freedoms we all want.

‘Across all the debate, amongst modellers and researchers, there remains one simple message: get vaccinated