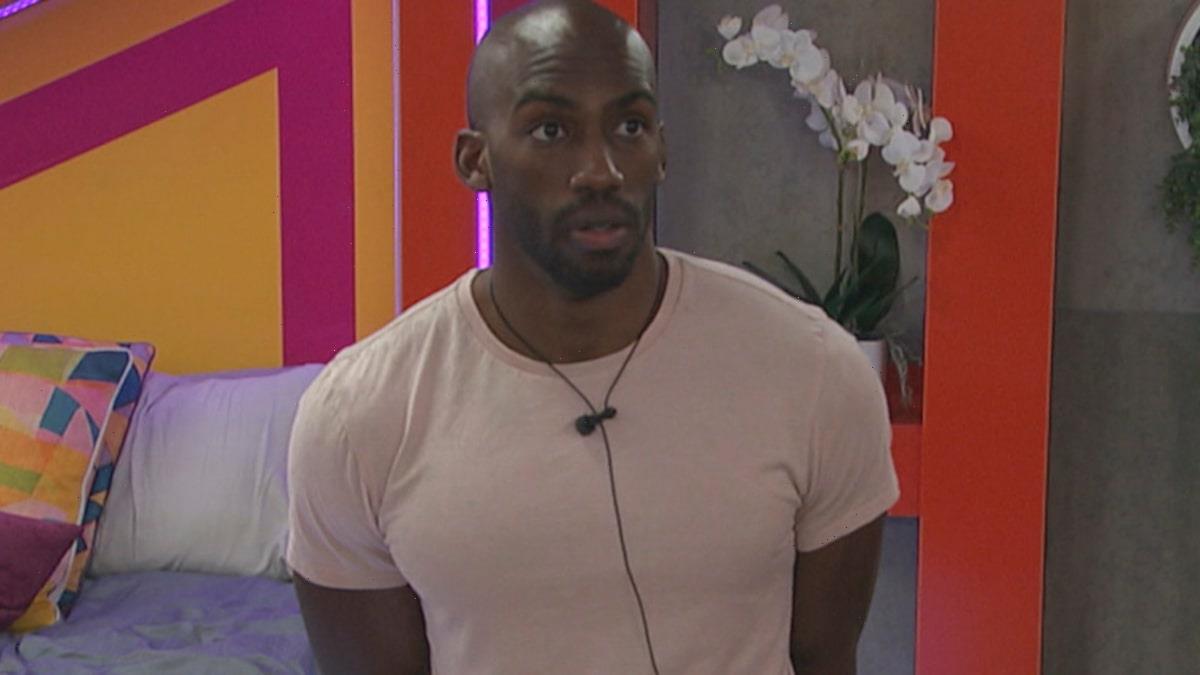 “I highly suggest you stop talking.”

We get that “Big Brother” becomes your life when you spend 79 days trapped in a house with the same people day in and day out. But it is still a game, and some things just aren’t that serious.

We hate to say it, but we can’t even say we were too surprised with how things played out this season. Emotions have been running high — and honestly, we didn’t have any really ugly blowout fights this season — and some of these finalists have been playing with their hearts on their sleeves. 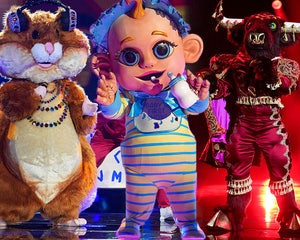 But there is absolutely no excusing the behavior that happened this week after the live vote and eviction. At this point, the game is over. Your sour grapes are you to take out of the House and nurture. And you are supposed to leave the House.

What we witnessed live was deplorable, disgusting, unacceptable and completely inappropriate. It was also childish and petty and nasty and such a testament to character. Hopefully, watching it back will allow for some self-reflection, some growth … and maybe an apology.

We knew it was going to be a tense week after Xavier won the final Power of Veto of the season, because it was the worst-case scenario as far as having any idea how things were going to play out.

Then, to add to the agony, “Big Brother” pushed the actual usage of that Veto to the live eviction episode, meaning things were going to happen fast and furious Xavier announced whether or not he was going to use it.

That’s because only one Houseguest was going to vote tonight, so there was no need for even going to the Diary Room. It was all done out and in the open.

Cookout in the Jury

But first … before we get into all of that, there’s the matter of The Cookout’s arrival in the Jury house. Tiffany was probably the best ambassador to step in first, because she was the orchestrator of the Master Plan that propelled them to Final 6.

She did an incredible job of explaining the understanding that led to a mission and finally a formal alliance between the six African-American Houseguests to assure that “Big Brother” would have its first-ever Black winner in America.

It probably helped that they’d spent the last week figuring it out themselves and were pretty much over their feelings about the whole thing, moving on to mad respect and understanding. All in all, the lovefest that has been “BB23” to this point continued with everyone showing her nothing but.

Hannah was received as warmly, though there was tremendous disappointment in Azah allowing Kyland and the boys to play her, with everyone basically agreeing that Azah essentially botched her sole HOH reign to date by seeing Hannah walk out the door.

They’d find out soon enough if that was true, with everyone feeling pretty confident that Kyland would quickly betray her and she’d be the next one out the door. But with Xavier holding all the power, anyone but him was a real possibility.

To Veto or Not to Veto 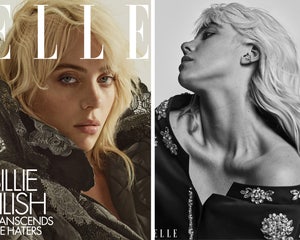 Xavier was weighing all of his options. If he left his nominations (Azah and Kyland) the same, Derek F would cast the sole vote to evict. X knew that he wanted Ky to finally get evicted, setting himself up for a smooth ride to $750,000. But that wasn’t proving as easy as it should have been.

We’ve criticized Big D and Azah all season for playing so much with their emotions, speculating that in a non-Cookout season they would have both gotten the boot long since. Azah would have gone first, but we don’t think Big D would have made a Final 6 without The Cookout, either.

Despite them being besties in the House, and the last two Jokers standing, Big D and Azah quickly started arguing over their roles in the House. Neither did any of the big flasy moves like winning comps and nominating people — as Kyland happily told Big D on Wednesday’s show — but that’s not to say they did nothing.

And Big D is right in that there were several times he stood up for Azah and protected her from the Block and potentially going home by risking his own game and volunteering to hit the Block for her. He didn’t explain it particularly well. Honestly, neither of them communicate all that well when it comes to logic and process because they tend to get emotional about it all.

So X was considering just taking Azah off the Block and throwing Big D up there because Azah was very adamant and excited about the thought of being able to evict Kyland right to his face. In the end, though, X stuck with his original plan, which also means he didn’t himself evict Kyland (technically honoring their deal). 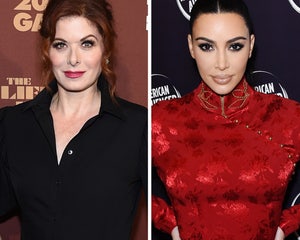 He left his nominations the same, and Derek F came through. It was honestly his smartest game move, as his best chance of making it to Final 2 is to get Kyland out of the House. X and Ky have been beating everyone all season long in competitions, so cutting one out doubles his chances.

But that’s when things took an even nastier turn.

One of the things we’ve noticed about Kyland is that he smiles all the time, but it never reaches his eyes. There’s a coldness in him and boy did it come out after he was evicted from the House.

Rather than leave, he instead chose to confront Xavier about why he was blindsided and not given a heads up that his time had come. Big D had a rational explanation for evicting him, as detailed above.

Xavier then explained his own rationale, that it was a respect move. Kyland was more than capable of swaying Derek F to keep him in this House, so X had to take that opportunity away from him. He could have also just used Veto on Azah, but this worked, too.

Normally, Julie Chen is all over the mic demanding the Houseguest leave, but they had some time and this was clearly compelling television. But then it got nasty and Kyland showed his true colors by evoking Xavier’s nephew’s name and going so far as to say that X was no longer someone his nephew could look up to as he was not a man.

This is a low blow and totally unnecessary. Kyland was already evicted at this point. So why was he picking a fight? Oh, and Xavier was not backing down, either, stepping forward. When Julie finally did interject, it was because Ky seemed determined to try and push X to the point of taking a swing at him.

He’d have then probably blamed X for losing his temper and his cool when it was Ky who was manipulating and pushing him to that point. Live Feed viewers have had red flags about Kyland all season long, and they came to full fruition in this moment. Poor sportsmanship, no grace in losing and the fact he then came out and started trying to talk about integrity and wanting to play the game like a gentleman was both clueless and proof he is lacking self-awareness to a frightening degree. Either that, or nothing is real from him and it’s all plotted and orchestrated as intricately as The Cookout played this game.

The bottom line was that it was disgusting and cost us any respect we may have had for him, which had already been dwindling by how he was talking to people in the House. As soon as he felt vulnerable, he got so ugly and entitled in how he treated everyone.

Xavier Prather (27) has been playing a stellar game all season, with only Tiffany has real rival at the top. Once she was gone, this was his game to lose. While Kyland may not like Xavier choosing the easier path to victory, the bottom line is that X just set himself up for the best chance at winning the cash. If he gets to Final 2 (and he’s got a great shot at it), he wins. Grade: A+

Derek Frazier (29) has the slightest edge over Azah only because we believe X would take him to the end if given the power to make that decision. Otherwise, he and Azah are fighting for second place regardless of who gets there. If one of them can actually beat X in the final HOH and they choose to take each other to the end, then it’ll be Derek’s game, but X is more focused and driven then ever after Ky’s outburst, so that’s a dangerously tall order. Grade: B

Azah Awasum (30) needs to win this final HOH herself, or hope that Derek F takes her. But we do not see a path to victory for her based on the game she’s played and even how her one HOH reign was so poorly received in the Jury House. Instead, as we predicted weeks ago, she’s the one you take to the end if you want a certainty of winning as she’s got no shot at beating either guy above her. Grade: C

Kyland Young (30) needs to calm down, grow up and get over himself in this game. It was not that serious and that type of behavior is never called for. Grade: F- 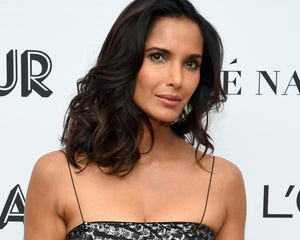 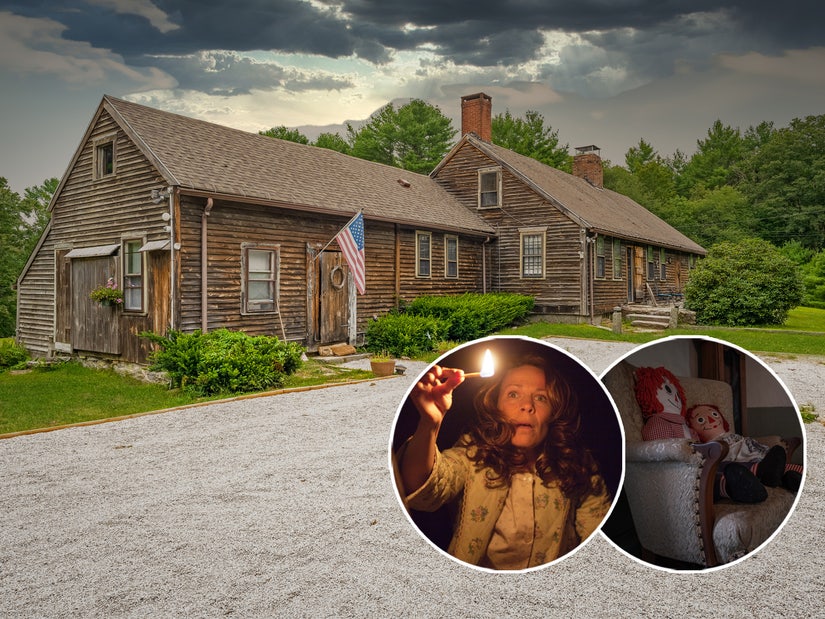