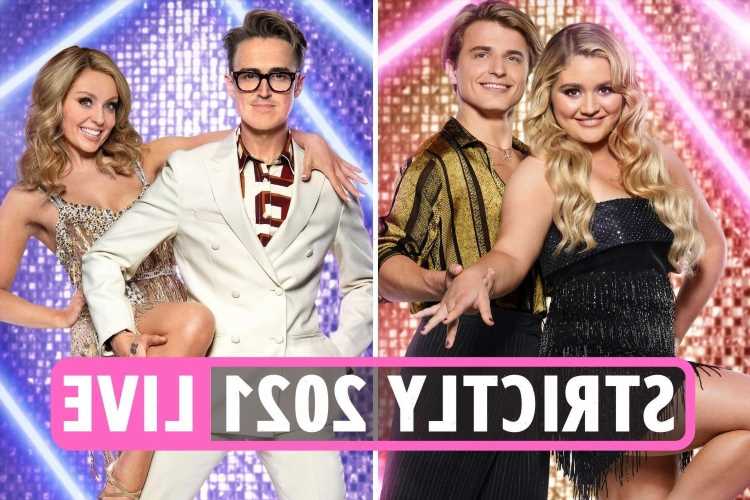 STRICTLY Come Dancing's Greg Wise was paired with Karen Hauer as the new celebrity contestants and their professional partners were revealed during a glittering launch show last night.

The 15 celebrities, who include Olympian Adam Peaty, rugby star Ugo Monye and TV presenter Judi Love, made their debut on the dancefloor during a group number.

Greg, who is married to screen legend Emma Thompson, had fans in hysterics with his Reggae-robot dance during the evening.

And Dan Walker sung the praises of his pro partner Nadiya Bychkova -who ptiently waited hours for him as he attended A&E following a head injury.

The BBC news presenter said: "I hope you all get to know Nadiya a bit too. She’s really funny and such a great teacher. We’ve had a real giggle already and the partnership was cemented when she waited for hours for me in A & E the other day."

EastEnders actress Rose Ayling-Ellis is also be the first deaf contestant to appear in the series.