A MUM has showed off her two huge freezers full of breast milk, describing herself as a ‘dairy cow.’

But the innocent video has attracted some negative comments, with some viewers dubbing the mum “selfish” for keeping it all. 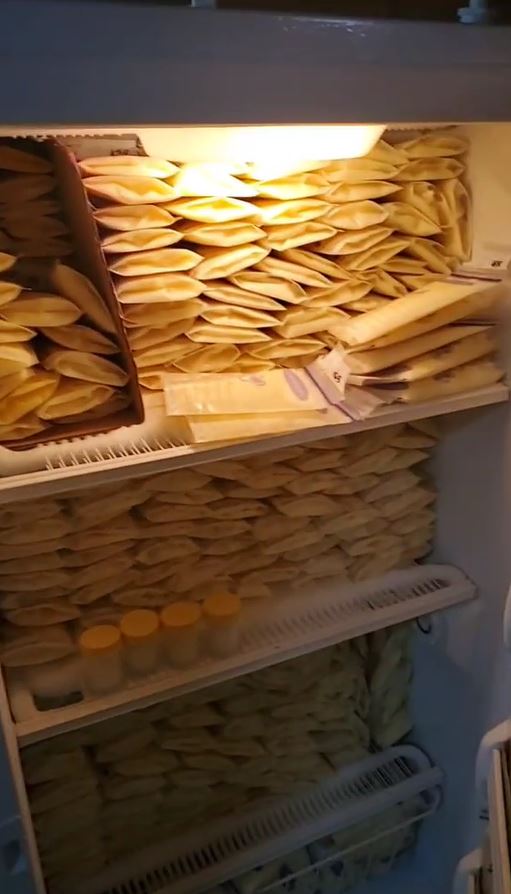 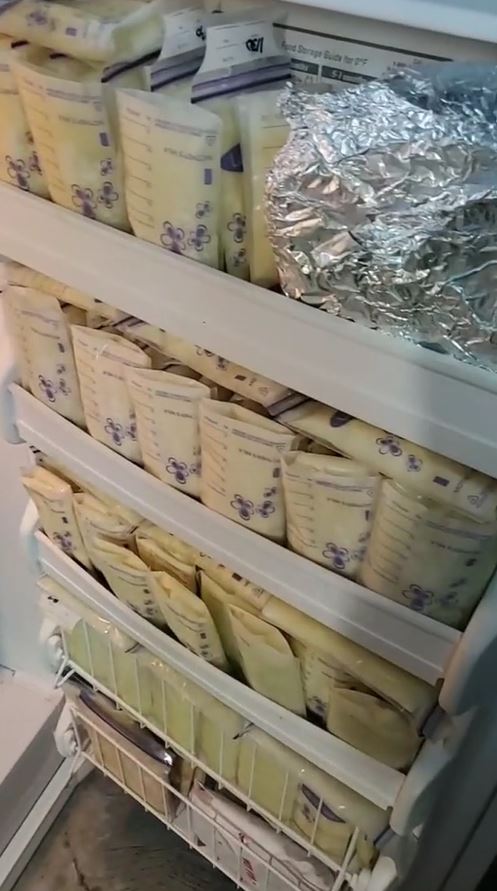 The clip was shared on Dylan Bousselot’s TikTok account, and in the clip the mum can be seen opening her two freezers.

Both are stuffed full of pouch after pouch of her breast milk that she has pumped and then frozen to be used at a later date.

The video has since received over six million views, and while some were seriously impressed with her stash, others claimed she shouldn’t be keeping it to herself.

Commenting on the video one wrote: “Donate! NICU babies always need the help!”

“There’s lots of mammas who would give their left t** for that!” wrote another, while a third added, “DONATE IT!!! For the mamas who can’t produce.”

A fourth added: “Yes I agree, help out other babies.”

Others were quick to applaud her pumping efforts.

“She’s so amazing,” commented one, while another said, “Superhuman.”

While breast milk does have the ability to stay fresh for as long as a YEAR, it is worth noting that this is only when it has been frozen.

Milk kept at room temperature (no more than 25 degrees C) lasts for around three to four hours and refrigerated milk stays fresh for three to five days.

When it comes to freezing your expressed milk, frozen breast milk can stay fresh for two weeks if kept in a fridge’s freezer compartment, but three to six months in a home freezer (at minus 18 degrees C or less).

Amazingly, when breast milk if ‘deep frozen’, in a chest freezer or similar, it can keep for an even more impressive six to twelve months.