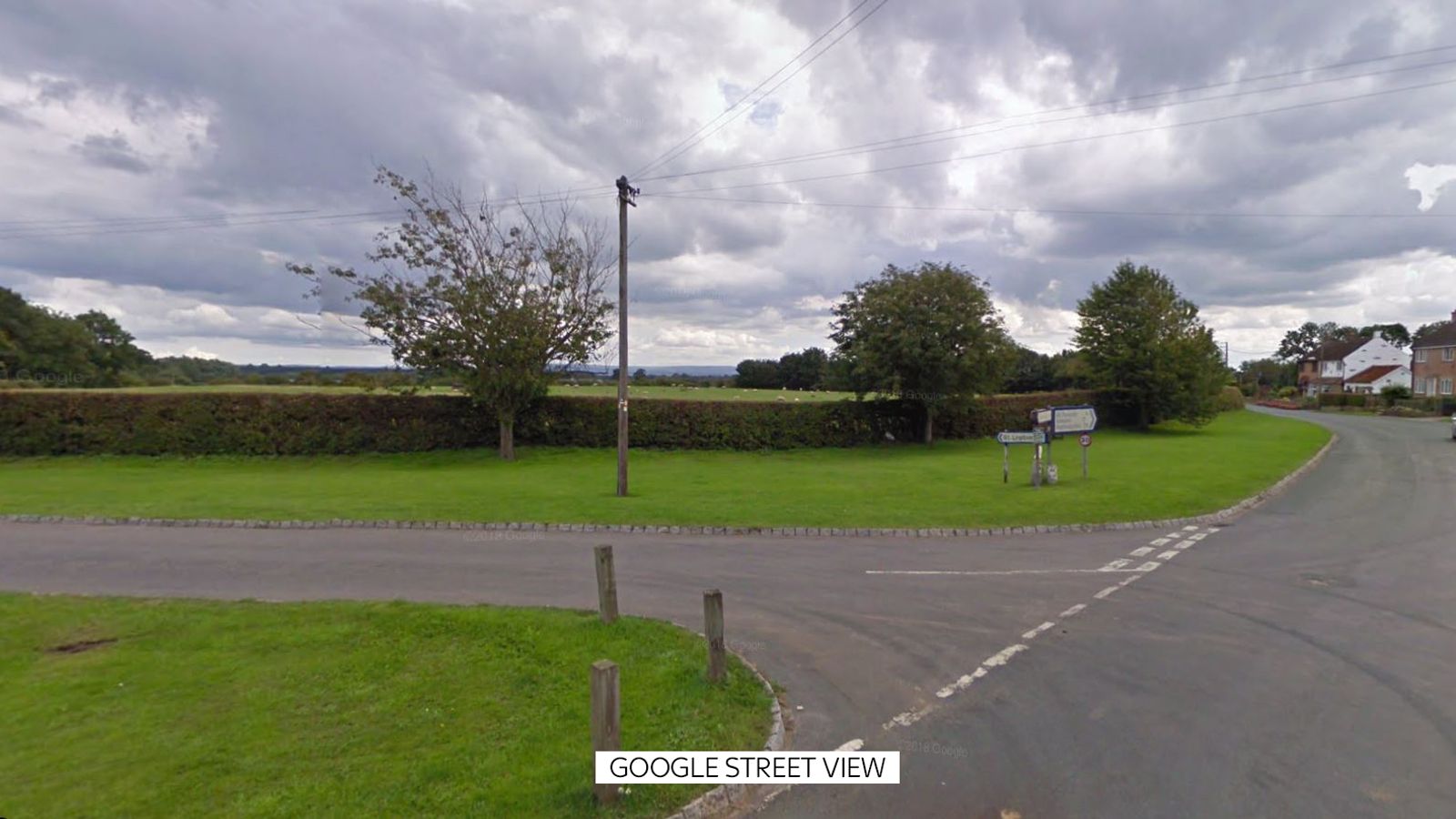 It’s no secret that online dating can be a stultifying, painful and sometimes traumatizing experience.

But add to the general discomfort of small talk with a stranger or the fear of being stood up, the possibility of catching a virus mid-pandemic, and the pressures of finding “bashert” — a Hebrew term for one’s predestined partner, or soul mate — can seem existentially terrifying.

Even now, with the vaccine rollout continuing across the country, the emotional exhaustion of being alone with our apps for over a year of lockdown still remains for many.

Jessie Sweeney, 23, a student at the University of Maryland Francis King Carey School of Law, was single when she moved to Baltimore, Md., at the height of the pandemic. At first, she used a few different dating apps, like Hinge, to get to know people in the area, and made sure to keep her mother in the loop. “My mother, as Jewish mothers go, is very involved in my life,” Ms. Sweeney said.

Then, in July, Ms. Sweeney’s mother suggested she check out JustKibbitz, a new dating site intended to help the overswiped, overworked Jewish single find love in a post-pandemic world.

Unlike standard dating websites where members communicate directly with their prospective matches, JustKibbitz turns the process over to the parents, who make accounts showcasing their adult children, then arrange and, through digital gift cards for businesses like Starbucks, AMC and Chili’s, even pay for their dates.

Ms. Sweeney’s mother offered a proposal: she could create her daughter’s profile with photos from her camera roll and help her find “a nice Jewish boy you should go on a date with,” while Ms. Sweeney focused her energy on work and the law.

Ms. Sweeney was shocked by the idea, but amused. She said she trusted her mother’s judgment enough to agree: “I just laughed it off and let her do her thing.”

The concept of dating by proxy has long roots in Jewish tradition. In some Orthodox practices, Jewish singles embark on the shidduch, a process in which their families work with a dedicated shadchan, or matchmaker, to find the perfect life partner, the zivug.

[Sign up for Love Letter and always get the latest in Modern Love, weddings, and relationships in the news by email.]

Jeffrey Kaplan, 35, was familiar with these traditions when he and Mike Ovies, 37, founded JustKibbitz in Asheville, N.C., in 2020.

Mr. Kaplan credits the idea for the matchmaking venture to a fortuitous trip to Fort Lauderdale, Fla., in 2013. While visiting his mother there, Mr. Kaplan discovered with amazement that she was “catfishing” young women on the Jewish dating site JDate by impersonating her younger son, Adam.

Though none of these overtures ever led to a physical meeting, Mr. Kaplan, a self-described “serial entrepreneur” and the director of the start-up investment firm Venture Asheville in Asheville, N.C., said he instantly recognized “a huge, unarticulated need” in modern dating: a space where moms could, with consent, pick their children’s partners. “Truly, parents meeting other parents and setting their kids up on dates is how civilization began,” Mr. Kaplan said. “That, we saw, was missing from online dating.”

Over the next five years, Mr. Kaplan honed the idea for a website called Oogum, where, originally, “any kind of mom” was invited to join. At first, the idea was greeted as “outlandish” and “crazy” at monthly Asheville “pitch parties.” Then, in September 2019, the pitch won $150,000 in seed money at the Asheville Investment Club’s “Big Scary Fish Tank” fund-raiser.

Those surprise winnings kick-started the development of the site, which quickly morphed into a platform specifically for lonesome Jews and their desperate-to-help parents. With the novel coronavirus in full swing, it launched to the public in October 2020 as JustKibbitz with the tagline “Help someone you love meet someone they’ll love.”

Unlike more cutting-edge dating services, Mr. Kaplan said that JustKibbitz was specifically designed to resemble “2005 Facebook” in order to get “Baby Boomer moms” to shoulder the mental and fiscal costs of finding their child’s everlasting companion comfortably (grandparents or fathers are welcome as well, he noted.)

As such, there is no 2021-era app version for scrolling aimlessly on the subway, only the website. The company’s advertisements are loaded with antique Yiddish terminology and inside jokes; and, perhaps most distinctively, every new customer is subject to a rigid policy of not sending any inappropriate pictures.

As of June 2021, memberships offer access to a database of about 1,000 parents nationwide (90 percent of which are mothers, the other 10 percent a medley of dads, friends and siblings), and start at $6 for six months.

Of course, cultivating a network of exclusively Jewish mothers risks furthering some of the “cartoonish archetypes” of nosiness and over involvement associated with the group at a time of rising violence against American Jews.

Mr. Kaplan acknowledged that his company might perpetuate such stereotypes, but argued that it was “not just Jewish mothers” who embodied them. “Parents meeting other parents and setting their kids up on dates is how civilization began,” he said. “It’s what we did when we left caves.”

Still, the company has already received pushback for so blatantly pushing the Semitic angle. According to Mr. Kaplan, one potential investor told him: “Jeff, we all loved the pitch and thought it was great. But you gotta remember, this is still the South. Take it easy on the Yiddish next time.”

JustKibbitz also faces an uphill fight to avoid the same fate of its most direct predecessor, the now-defunct matchmaking service TheJMom.com, in an increasingly bloated landscape for dating platforms.

It was 2010 when Brad Weisberg, 40, now the chief executive of Chicago-based claims management service Snapsheet, launched JMom with his sister Danielle, 27, and another founder.

Like Mr. Kaplan, the Weisbergs started the site after watching their mother scour Mr. Weisberg’s dating profile for worthwhile suitors. “Our mother would sit here all day every day for the rest of her life if she felt like she could have an impact on us finding the love of our lives,” Mr. Weisberg said. “Why not create a platform for moms to do that work for you?”

Mr. Weisberg remembers that JMom “became kind of like a movement” quickly, with “tens of thousands” of sign-ups in 2011 after a rush of favorable press. Soon, his family — including his mother, who he said personally scanned every new woman’s profile as a potential match for her son — was overwhelmed with thank-you notes and personalized wedding invitations from successful matches. The Weisbergs even started a spinoff called BharatMother.com, which offered a similar service for match-seeking Indian families.

In 2014, they agreed to sell the company to an unnamed private buyer, while Brad Weisberg turned full-time to running Snapsheet. Almost immediately, JMom announced that it would cease operating. The site shut down for good May 1, 2015.

While Mr. Weisberg, who is now married with three children, still calls JMom “something that I’m really proud of,” its users’ experiences were decidedly more mixed. Among the most vocal was Alison Stevenson, the comedian and star of Audible’s “Like Mother” podcast, who documented her and her mother’s less-than-successful collaboration on the platform back in 2015.

While she frequently uses her relationships in Los Angeles as comic fodder on Substack and her podcast V Single with Alexandra Tweten, Ms. Stevenson also lamented that her JMom experience turned her off from dating anyone selected for her by her mother forever — regardless of the platform.

While around 2,500 messages have been sent between JustKibbitz’s adult users about potential dates, according to the company, it has yet to grow its database of singles quickly enough to sustain the promise in its tagline.

According to Ms. Sweeney, the JustKibbitz profile her mother made received zero matches after a full week. Her mom “was very excited about the idea of being able to completely control my dating life,” Ms. Sweeney said. “She was disappointed that she wasn’t able to do that.”

Still, Ms. Sweeney and her mother plan to give JustKibbitz another try “in a couple of months,” provided there are more potential dates in the Baltimore or nearby Washington D.C. areas, she said. “Great things do take time, and I do think it is a great idea.”