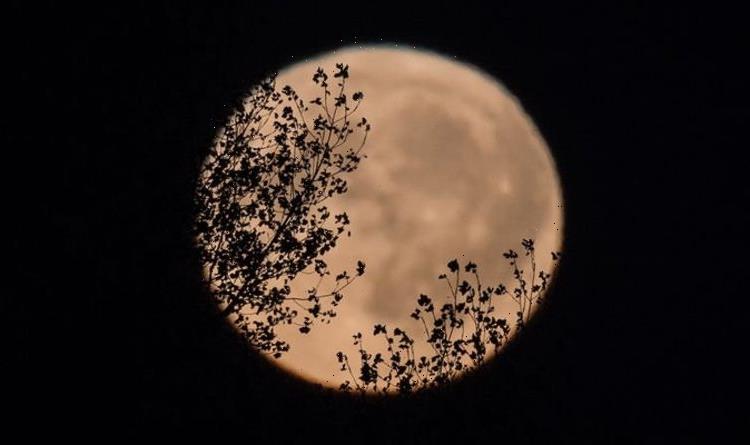 The autumn equinox – also known as the September equinox – occurs when the earth’s equator passes the centre of the sun. This means the north and south poles aren’t tilted towards or away from the sun but are aligned in a straight line.

This theoretically allows the same amount of daylight in both of the Earth’s hemispheres.

On the date of the equinox, at any location, the lengths of day and night are roughly equal.

The March equinox happens roughly between March 19 and 21 each year, with the September equinox occurring sometime between September 21 and 24.

When exactly is the autumn equinox this year?

This year, the autumn equinox in the Northern Hemisphere will occur on Wednesday, September 22.

The exact moment of the equinox, in Universal Coordinated Time, will be 7.21pm (8.21pm BST).

After the equinox, days start to get shorter and the nights longer as we dip toward winter.

Traditionally, farmers would bring in the harvest around this time.

This is why the full moon in September is called the Harvest Moon.

This glorious Moon appears bigger than usual due to the earth’s position around the equinox.

You’ll be able to spot the Harvest Moon from September 20.

How is the equinox celebrated?

Just as they gather for the spring equinox and the summer solstice, druids meet at Stonehenge to greet the equinox with song and music, though celebrations will be muted this year as Covid continues.

People are also known to meet on London’s Primrose Hill to usher in the new season.

Food festivals are ubiquitous at this time of year, and seasonal feasts are held all over the world.

For most, however, the best way to celebrate the turning seasons is to get out and appreciate Mother Nature’s beauty.

Autumn brings with it the changing of the leaves when trees burst into shades of red, orange and brown.

A nice long country or park walk is a great way to celebrate this time of year.

All around the world, the September equinox is celebrated in similar ways.

In China, a mid-autumn festival relating to the harvest is celebrated.

In South Korea, Chuseok – a type of thanksgiving – is held.

In Southern California, meanwhile, the Chumash, a Native American tribe, celebrates Hutash, a sun ceremony that coincides with the autumn equinox.

Higan is a Buddhist holiday exclusively celebrated by Japanese sects during both the Spring and Autumnal Equinox.