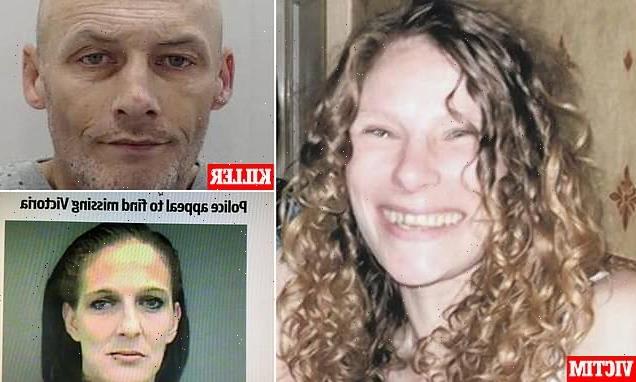 Family of woman, 44, whose partner killed her and left her body to rot in an airing cupboard for more than a YEAR after claiming she’d ‘moved out’ launch charity for domestic abuse victims

The family of a woman whose body was left to rot in a cupboard for over a year by her partner who told her loves ones she had dumped him have now launched a support group for survivors of domestic abuse.

Vicky Cherry, who grew up in Preston, Lancashire, disappeared in October 2015 aged 44. Her partner Andrew Colin Reade, then 43, claimed to friends she had left him and moved out. But Vicky’s body was found inside an airing cupboard, where it had been left for 15 months.

Reade was arrested on suspicion of murder but claimed he found her dead in bed next to him. He was jailed for four years and four months in June 2017 after he admitted preventing a lawful burial and perverting justice.

Neighbours told an inquest that they recalled a strange odour inside the one-bedroom flat, and revealed how Reade tried to cover it up with air-freshener when they were invited round.

Now Vicky’s cousin, Donna Gregory, 42, from Sheffield, who was best friends with the mother for many years, has revealed she’s starting a charity called ‘Stay Safe Survivors’ in her memory. 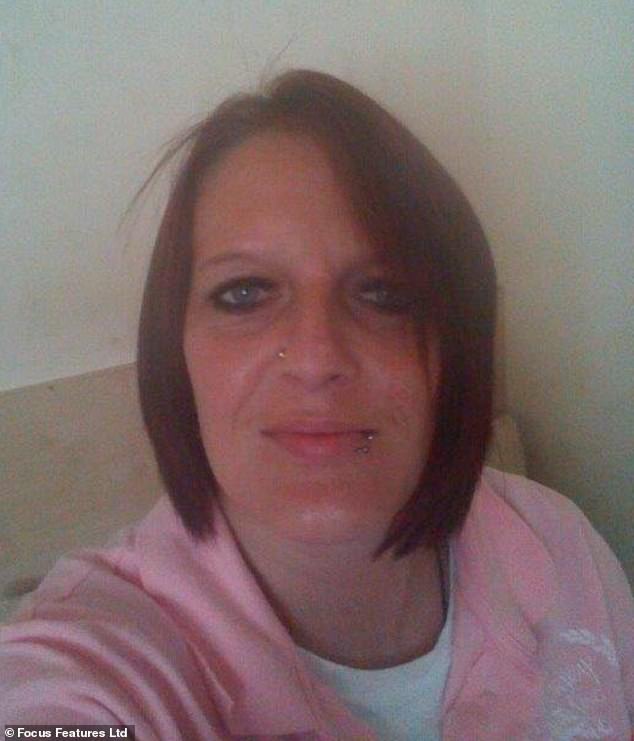 Vicky Cherry, 44, from Bolton, went missing in October 2015. Her body was found 15 months later in a cupboard in her home 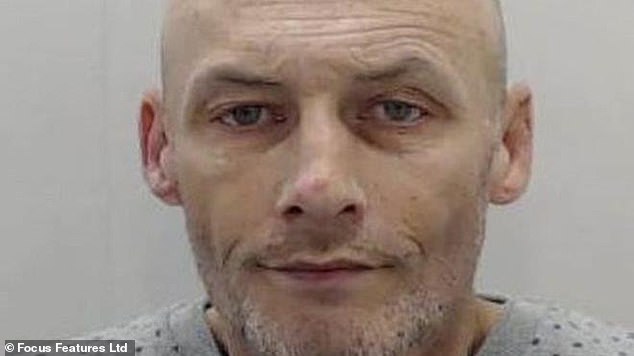 Andrew Colin Reade, then 43, admitted to concealing Vicky’s body. He was jailed for four years and four months in 2017, after he admitted preventing a lawful burial and perverting justice 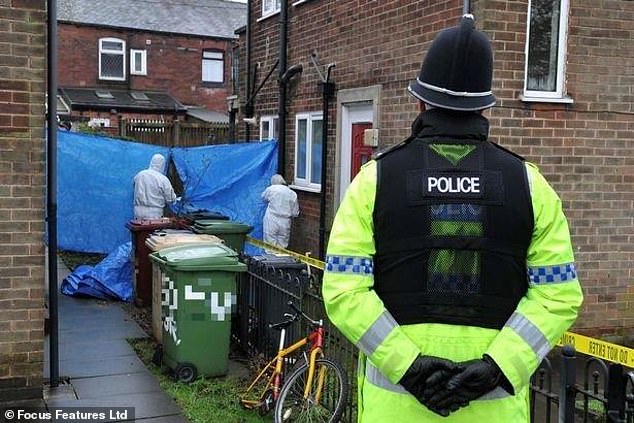 Police removed Vicky’s remains from the house where her body was found (pictured). Her partner Andrew Colin Reade admitted to concealing the body of his partner

‘I was the last known person to speak to Vicky before her death,’ explained Donna. ‘I carried her coffin at her funeral but we were told there was very little left of her. It was sickening.

‘She had such an undignified, horrible death. The very least she deserved was a proper burial. It still infuriates me that Reade has got off so lightly.

‘I blame myself, because she was supposed to come and live with me; she was days away from a new start. Maybe I could have saved her.

‘And maybe the authorities could have saved her too; if anything good can come of her death it should be that lessons are learned and other women are better protected. I hope, through our charity, to be able to help other women. Vicky would be proud of her legacy.’

Donna and Vicky were best friends as well as cousins. They grew up in Preston, Lancashire, and their mothers were sisters.

‘Vicky was older than me, and she looked after me and mothered me,’ said Donna. ‘I really looked up to her. If she liked a band, I liked them too. If she dyed her hair, I’d do mine the same. I idolised her.’ 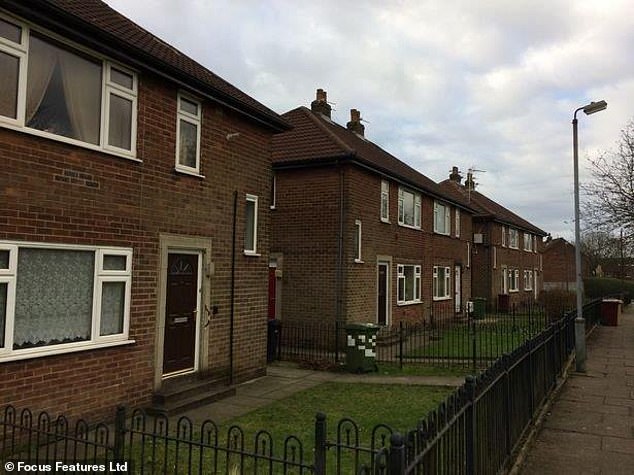 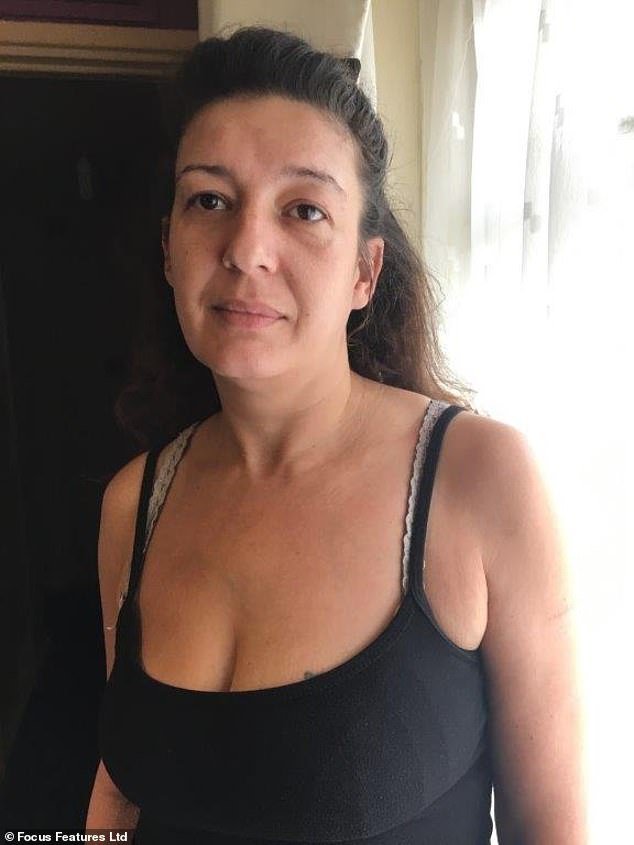 Donna Cherry (pictured) was Vicky’s cousin and best friend. She was the last known person to have any contact with Vicky

‘As we got older, we’d go out together and we became such good friends. Vicky had a troubled up-bringing and she had her problems. But she had a heart of gold.’

Vicky went on to have three children and Donna had five. She and Donna stayed in touch and spoke daily on the phone.

In 2013, Vicky’s husband, Steve Cherry, died from an epileptic fit and she was devastated.

‘She really struggled after Steve died, and she went through a tough time,’ said Donna. ‘She self-medicated with drugs.’

The following year, Vicky began a relationship with Andrew Reade. The couple met at a New Year’s Eve party.

Donna said: ‘I met Andrew just once, at our grandmother’s funeral, and I disliked him immediately. He and Vicky appeared very close, but I later realised it was because he was so possessive and he wouldn’t let her out of his sight.

‘She confided in me that they were arguing a lot and I was worried about her. She said he wasn’t treating her very well. She was quite vulnerable and I wish now, looking back, I had done more to try to talk her into leaving him, there and then.’

One week before she went missing, in October 2015, Vicky called Donna and asked if she could go and live with her.

Little did she know it was the last time she would ever speak to Vicky. She was the last known person to have any contact with her.

‘Vicky told me she’d had enough of Andrew,’ Donna explained. ‘We made plans for her to come and live with me. I was looking forward to it, and I knew she’d be much happier if she was single again.’ 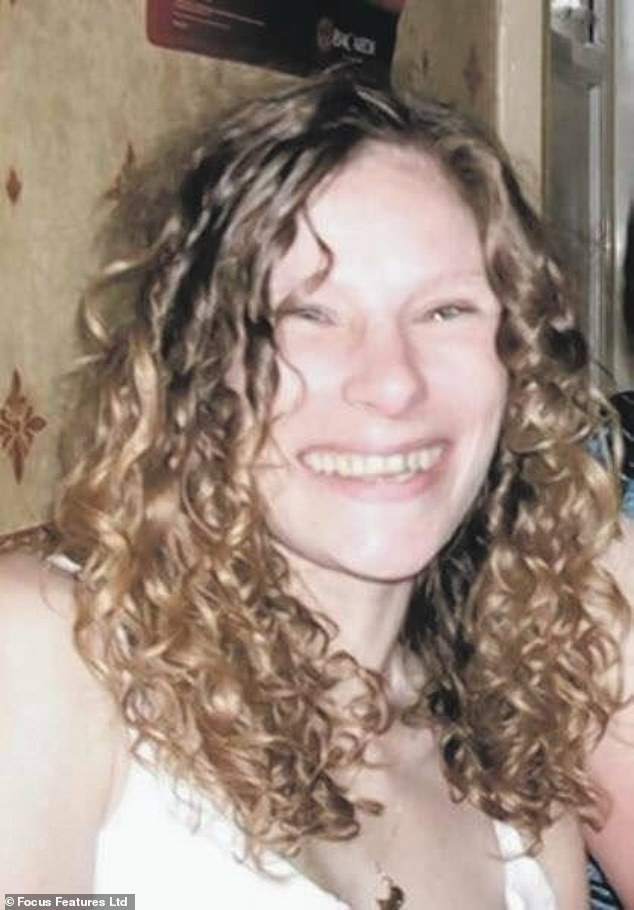 Vicky Cherry, who died aged 44 in 2015, is pictured here in her 20s. Her cousin has set up a support group for domestic abuse survivors following Vicky’s death 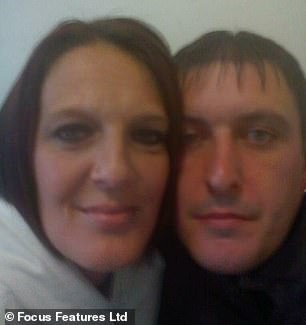 Vicky Cherry pictured with her husband Steve, who died from an epileptic fit in 2013, leaving his widow ‘devastated’

But over the next two weeks, Donna could not contact Vicky and she became concerned.

‘I sent her a message to say: “I presume you’ve changed your mind and you’re sticking with him. You could at least have let me know.” I was really angry.

‘I called Vicky’s mum and she hadn’t hear from her either. But we knew Vicky had a chaotic lifestyle and we just expected her to turn up at some point.’

But Vicky seemed to have disappeared.

‘I began to worry; I asked around and nobody knew where she was,’ continued Donna. ‘I called the police but they didn’t seem to take it seriously; they went to the house but couldn’t find her.’ 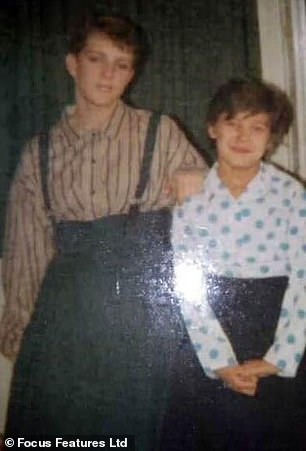 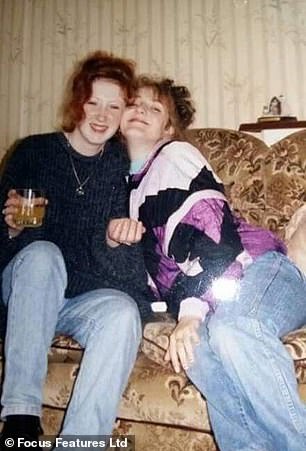 Donna Gregory pictured with Vicky Cherry as young teenagers (left and right). Donna said she knew her cousin had died when police couldn’t find her 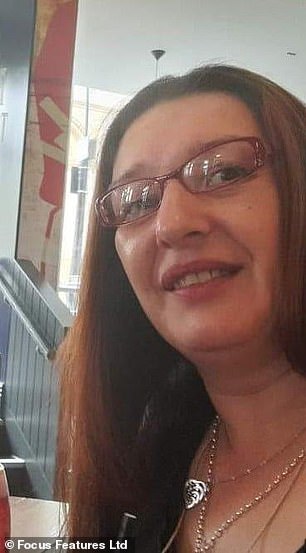 Vicky would be proud of her legacy said Donna (pictured), adding that the support group will help other women

Police eventually launched an appeal but the case seemed to make no progress.

‘Vicky had vanished into thin air,’ said Donna. ‘We couldn’t work it out. I was so worried about her; as time went on, I knew she had to be dead. It was the only explanation.’

In January 2017, Vicky’s body was found in a cupboard at her home and Reade was arrested on suspicion of murder.

‘I was preparing myself that she was dead,’ explained Donna. ‘But I could never have been prepared for what had happened to her. The police had found her body, stuffed in a cupboard, underneath old bike parts.’

Donna carried Vicky’s coffin at her funeral in March 2017.

In June that same year, Andrew Colin Reade, 43, pleaded guilty to concealing Vicky’s body for 15 months and preventing her burial.

The cause of death could not be ascertained because her body had decomposed, but a pathologist concluded she may have died as a result of strangulation as injuries to her neck were detected.

Reade claimed he had panicked after he woke to find his girlfriend dead after they had taken a cocktail of illicit drugs.

He had wrapped the body in a duvet and plastic sheeting and hidden it in a cupboard. 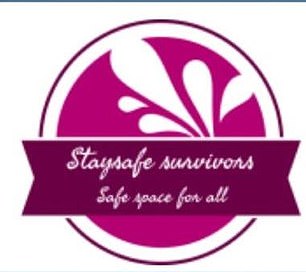 Stay Safe Survivors, set up in Vicky’s memory, aims to help women who are survivors of domestic abuse

He admitted intending to pervert the course of justice by giving misleading and inaccurate information about the whereabouts of Victoria to police officers, pharmacists, and family members.

He had cashed in employment benefits totalling up to £1,000 sent to Vicky in the three months after her death. He was jailed for four years and four months at Bolton Crown Court.

He refused to attend the inquest into her death in November that year and an open verdict was recorded.

A Domestic Homicide Review published at the end of June 2019 revealed that police and other agencies involved with Vicky and Andrew Reade did not consider the possibility of domestic abuse and did not communicate well enough with each other.

Four months after the discovery of Vicky’s body, Bolton’s Be Safe Strategic Partnership decided to conduct a review into how organisations dealt with the couple in order to establish any lessons which can be learnt for the future.

It found that Reade’s previous history as a domestic abuser was not sufficiently recognised or information shared between agencies such as the former Bolton Integrated Drug and Alcohol Service (BiDAS), GPs, Bolton at Home, the National Probation Service and the Community Rehabilitation Company.

His potential risk may have been ‘under estimated’.

Reade and Vicky were both drug addicts and each had had involvement with a number of agencies over the years. But the review stated there was a culture of ‘silo working’ where organisations did not share information.

‘It is not known how widespread the silo working so evident in this case is,’ said the report.

One of the contributors suggested it was partly due to austerity, leading organisations to focus mainly on complying with internal policies and processes rather than looking at a wider picture.

A series of 42 recommendations were made in the report for improvements by nine of the agencies involved with Vicky and Reade and five multi-agency recommendations.