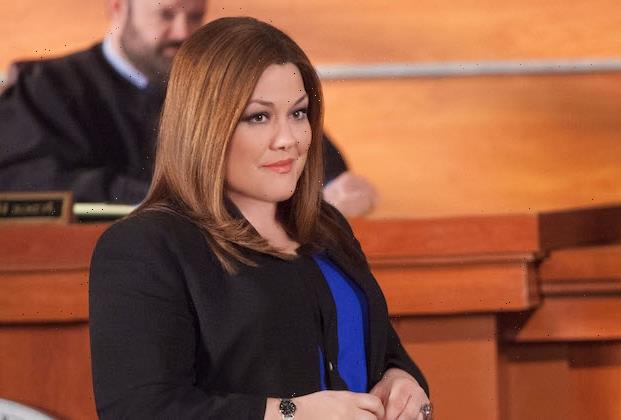 Drop Dead Diva is being resurrected by CBS: The Eye network is developing a gender-swapped reboot of the Lifetime dramedy, according to our sister site Deadline.

The hour-long reboot, titled Drop Dead Dave, centers on a self-involved Gen Z lawyer named Dave who dies in a freak accident “and his soul is transferred into the body of Rita, a successful but complicated Gen X attorney, forcing Dave to live as a woman and navigate an entirely new perspective on life, love and identity,” per the official synopsis.

It hails from Drop Dead Diva creator Josh Berman, who will write the pilot and serve as an executive producer. The original Drop Dead Diva, which ran from 2009 to 2014 on Lifetime, followed vapid model Deb, who is killed in a car crash and is reincarnated as plus-size lawyer Jane, played by Brooke Elliott.

* Helen Mirren is set to host Harry Potter: Hogwarts Tournament of Houses, the four-part Cartoon Network and TBS competition series that will “showcase ultimate fan glory on a never-before-seen scale.” The series will tape this month and premiere later this year.

* Snowfall has cast Devyn Tyler (Clarice) as a series regular for Season 5, per Deadline. The actress will play Veronique, who is described as having “a law degree and a killer instinct, while remaining a genuinely good, honest human being.”

* Shudder on Saturday, Sept. 28 at 8/7c will air Elvira’s 40th Anniversary, Very Scary, Very Special Special, in which the queen of camp offers commentary during a marathon of Elvira: Mistress of the Dark, House on Haunted Hill, The City of the Dead, Messiah of Evil and other films.

Which of today’s TVLine Items pique your interest?