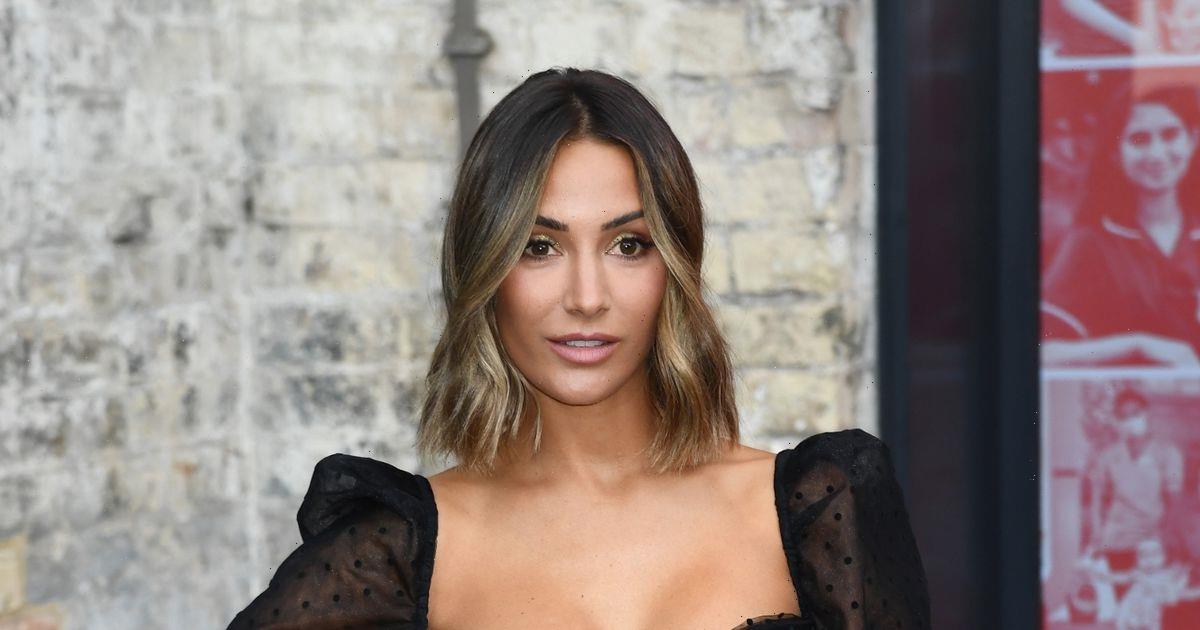 Frankie Bridge has put her bust on display in a figure-hugging black dress.

The Loose Women panellist, 32, made an appearance at the Who Cares Wins Awards on Tuesday night at The Roundhouse in Camden, London.

The awards celebrate carers of all kinds across the UK and Frankie looked sensational as she attended the ceremony in a long black dress which stopped at her ankles.

Trimmed with organza puffed-sleeves which bulged at the shoulders, the former Saturdays singer displayed her elegant décolletage in the low-cut gown.

Frankie wore her hair waved gently around her face.

Her appearance at the ceremony followed the S Club Juniors alum informing her 1.2 million Instagram followers that she had a restless night sleep the previous evening.

Frankie revealed her son Parker was ill with Croup, meaning the star was "up in the night".

Wearing another figure-hugging black dress, Frankie captioned her post: "After being up with Parker in the night… the dreaded Croup reared it’s ugly head… yet again.

"It feels nice to be on with the Loose Ladies today!"

On a special episode of the ITV daytime series, Frankie's life story was recently examined.

The star found fame when she joined pop group S Club Juniors as a tween, going on to join girl group The Saturdays.

She also appeared on Strictly Come Dancing and finished as runner-up with her partner Kevin Clifton.

She married footballer Wayne Bridge in 2014, with the singer recently revealing that he 'cried for almost a month' following their wedding.

Frankie said on Loose Women: "On our honeymoon, [Wayne] was just really emotional.

"I wasn't really [emotional], I had that moment but I was like, 'OK, I've made my decision I'm fine with it,' but he kept crying for about a month afterwards.

She added: "And then I started to panic that maybe Wayne was thinking, 'What have I done? I've married her, that's it; I'm her husband.'"

The couple remain happily married and share two children together.