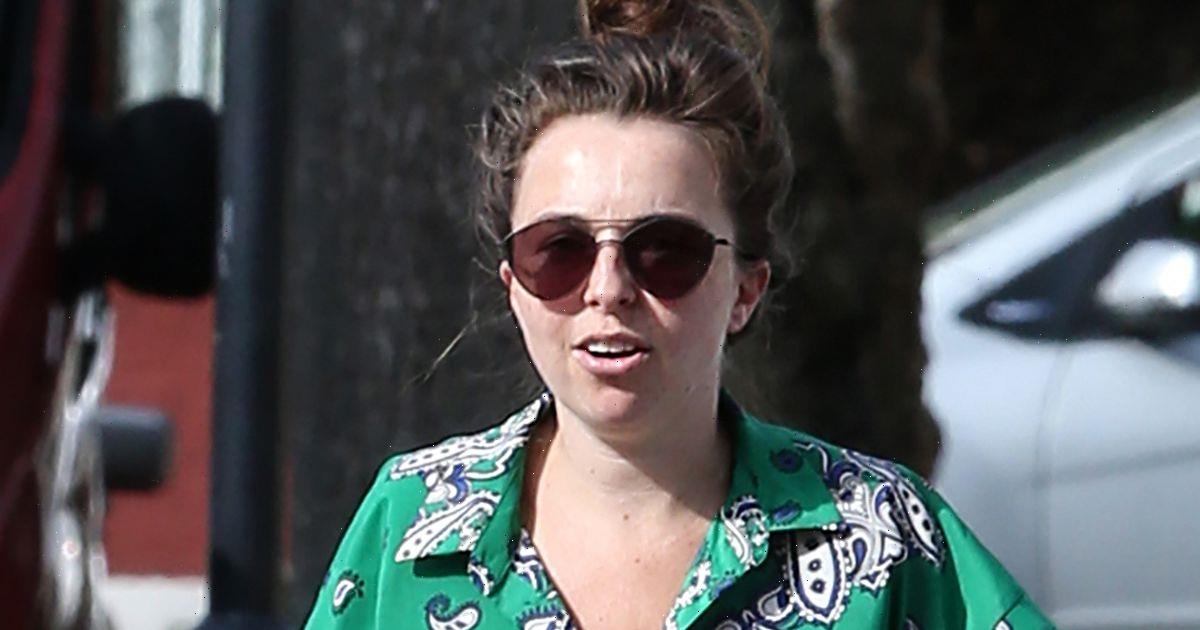 Louisa Lytton has been spotted taking her newborn baby out for a walk in London one week after she announced she'd given birth.

The 32 year old EastEnders actress appeared fresh-faced and happy as she pushed an olive green pram in the sunshine.

The star swept her brunette tresses up into a casual bun for the outing, and wore a green patterned shirt as she cooed and chatted to her little one.

Louisa wore a pair of sunglasses to shield from the sunlight and it appeared she’d been to pick up some wooden shelves and paint with a family member by her side.

Louisa and her fiancé Ben Bhanvra announced the birth of their first child in an emotional interview with OK! last week.

The couple have also said they have been feeling completely “overwhelmed” since the tot’s arrival.

Ruby Allen star Louisa also posted an adorable black and white shot of her, Ben and their newborn baby holding hands for a special moment on her Instagram page.

“And then there were three…” she captioned the post. “Welcome to the world, We are utterly overwhelmed with love.”

Fans of the pair flooded the comments with well-wishes, congratulating Louisa on her wonderful news.

After announcing she was going on maternity leave from EastEnders earlier this summer, Louisa struggled being at home on her own at first, and she admitted she was getting “bored” waiting for her new arrival.

Luckily the star’s friends and family stepped in to give her some memories to treasure, including a baby shower and a surprise baby brunch.

In one post, Louisa thanked her mum for creating “the most special” shower as her pregnancy neared its end.

In a series of shots, the BBC star posed next to a giant balloon arch, white flower wall, and enjoyed tucking in to a stunning cake decorated with model icing elephants and a stork.

The star was all smiles as she celebrated for the summery garden ‘do.

Since then, Louisa and her fiancé Ben focused on decorating their baby’s nursery and preparing for the birth.

The couple are yet to reveal the sex and name of their baby.