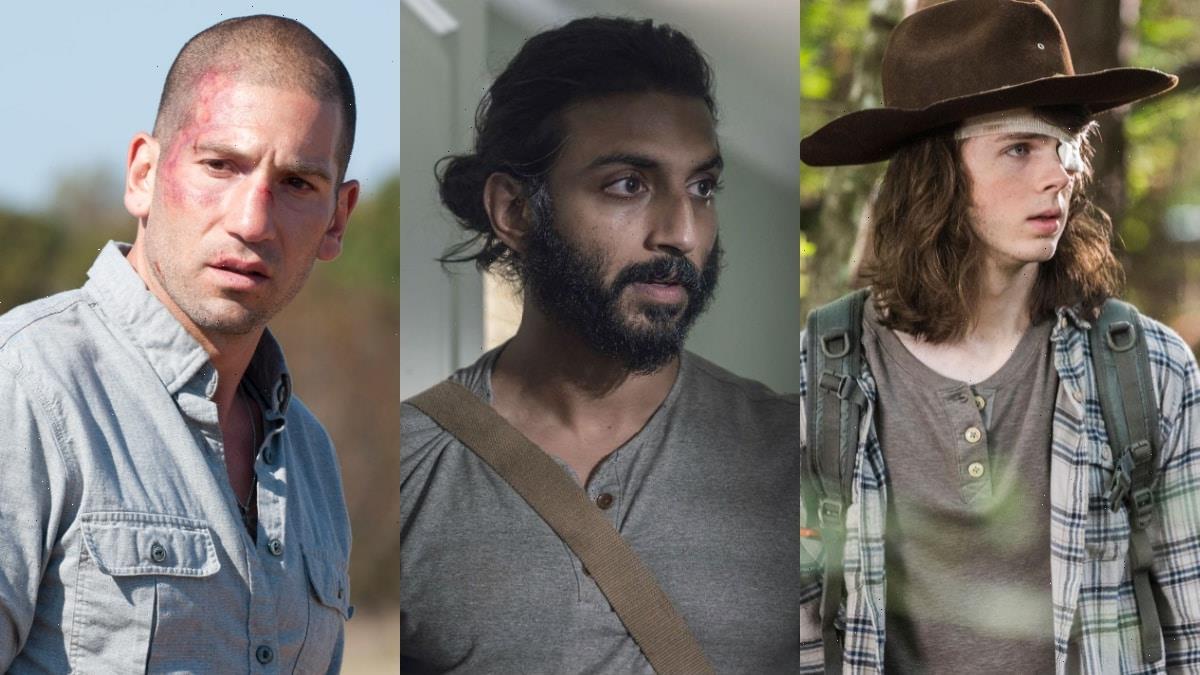 The final season is here, and the deaths have already begun 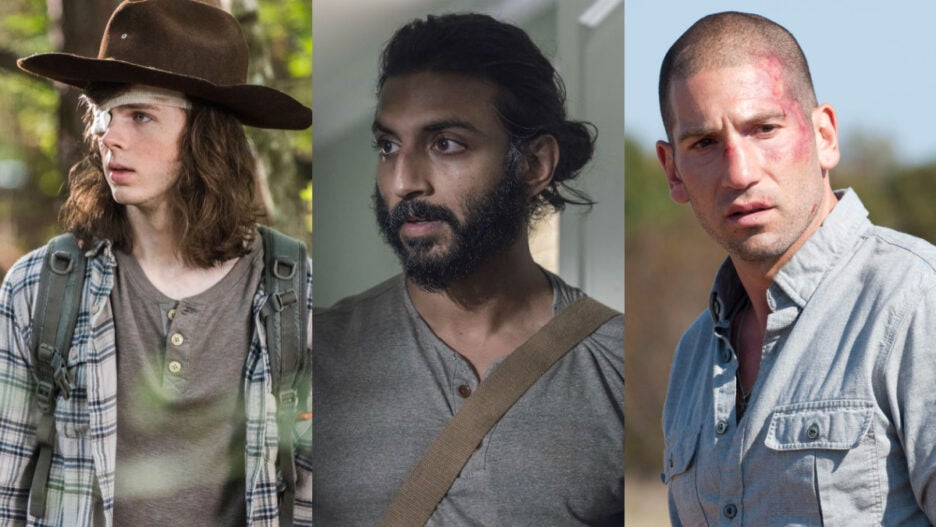 “The Walking Dead” has never been shy about gore and death, but some characters’ demises hit harder than others. And now the final season is upon us. Let’s take a look back at the carnage from past and present seasons. SPOILERS AHEAD.

Andrea’s sister Amy (Emma Bell) was the first sympathetic named character to go, when a random walker bit her at camp.

The death of Jim (Andrew Rothenberg) in Season 1 was out tutorial on how to treat a bitten person for the first time.

Sophia (Madison Lintz) was beloved by all, but Rick did not hesitate when it came time to pull the trigger when she became a walker.

Dale (Jeffrey DeMunn) was the moral compass of the group, so it was upsetting on several levels when a zombie ripped his guts out.

Shane (Jon Bernthal) was ready to kill Rick over his love triangle with Lori, but Rick acted first.

T-Dog (IronE Singleton) gave his life to save Carol from walkers when the group tried to take the prison.

Lori (Sarah Wayne Callies) died during childbirth, prompting Carl to shoot her in the head to prevent her reanimation.

Daryl’s brother Merle (Michael Rooker) finally tried to be a good man by defying the Governor — and it got him a bullet in the heart from the Governor himself and a new life as a zombie.

Andrea (Laurie Holden) failed to see The Governor for what he was — a bad guy — and paid the ultimate price.

Hershel (Scott Wilson) wanted peace, but The Governor took his head to prove a point to Rick.

Tyreese (Chad Coleman) let his guard down for a just a moment, but long enough to get bitten by a walker.

Lizzie (Brighton Sharbino) killed her sister Mika (Kyla Kenedy) before Carol shot Lizzie in the back of the head.

Beth (Emily Kinney) finally had enough of Dawn, the tyrannical overlord of Grady Memorial Hospital, stabbing her with a pair of scissors as a parting gift. But Dawn immediately shot Beth in the head — prompting Daryl to in turn shoot Dawn.

Trapped in a set of rotating doors with Glenn and Nicholas while surrounded by zombies, Noah (Tyler James Williams) endured one of the grossest deaths in “Walking Dead” history because Nicholas was too cowardly to sit still.

Jessie (Alexandra Breckenridge), Ron (Austin Abrams) and Sam (Major Dodson) all died within seconds of each other. Sam got eaten when the horde invaded Alexandria. Jessie died as she tried to save him. Ron then attempted to kill Rick, but got stabbed by Michonne and was subsequently eaten.

Abraham (Michael Cuditz) was the one we had to wait six months to see murdered by Negan. He, of course, got his head beaten in with Negan’s barbwire-wrapped baseball bat, Lucille.

But Abraham wasn’t Negan’s only victim that night. After Daryl punched Negan, Negan decided he had to make another example out of someone in the group — and he chose Glenn.

Spencer (Austin Nichols) thought he could use Negan to kill Rick in order to assume control of Alexandria. But Negan had other plans, gutting Spencer in full view of everyone in the community.

Olivia (Ann Mahoney) suffered plenty of indignities at Negan’s hands, and he eventually just had her shot to make a point.

Ole Dr. Carson (Tim Parati) made a critical error by saying mean things about Sherry to Dwight over and over again. So Dwight framed the good doctor for helping Daryl escape from the Saviors — and Negan threw him into the furnace for it.

When King Ezekiel’s crew was short one cantaloupe in its tribute for Negan’s Saviors, Benjamin was shot in the leg as punishment. Unfortunately, the shot hit an artery, and young Ben bled out.

It turned out that Richard had tossed one of the cantaloupes because he wanted to start a war between the Kingdom and Saviors — and he thought they would kill him for being short. They shot Ben instead, but Morgan strangled Richard the next day after Richard confessed.

Sasha (Sonequa Martin-Green) used Eugene’s suicide pills to kill herself while she was theatrically locked in a casket because of some ridiculous thing Negan was doing. When Negan opened the casket she popped out as a walker and saved Rick and the residents of Alexandria in a clutch moment.

Morales (Juan Gabriel Pareja) returned in Season 8 after having been gone since Season 1, but that return was short-lived. Now a member of the Saviors, Morales was around again for about 10 minutes before Daryl shot him.

Eric (Jordan Woods-Robinson) got shot during the Alexandrians’ battle against the Saviors, and then bled out and turned into a walker after a tearful goodbye scene with his boyfriend Aaron (Ross Marquand).

Shiva the tiger bit the dust while saving Ezekiel, Carol and Jerry from a bunch of walkers in Season 8. There were just too many and they swarmed and ate her.

Carl (Chandler Riggs) died in the Season 8 mid-season premiere after suffering a zombie bite in the first half of the season.

Gregory (Xander Berkeley) got his long-overdue death when he was executed by hanging for trying to murder Maggie in the Season 9 premiere.

Jesus (Tom Payne) was killed when he tried to decapitate a zombie only to discover that zombie was actually a living man disguised as one — this was Alexandria and Hilltop’s first real contact with the Whisperers.

Near the end of Season 9, the Whisperers made a big statement by killing 10 named characters at once and putting all their heads on spikes. The most notable among those killed were Tara (Alanna Masterson), Enid (Katelyn Nacon), Henry (Matt Lintz) and Tammy Rose (Brett Butler).

Siddiq (Avi Nash) was killed in Alexandria by Dante, who it turned out was a Whisperer infiltrator, because he discovered that Dante had poisoned the town’s water supply.

Earl Sutton (John Finn) was killed during the battle with the Whisperers at Hilltop when he was bitten by one of their zombie horde. Over the course of this conflict, the Whisperers got his wife Tammy Rose and his son Kenneth as well.

Maggie made a cold and calculated decision to let Gage (Jackson Pace) be eaten by zombies so the rest of the group could avoid danger — though of course his death didn’t actually keep anybody out of harm’s way.