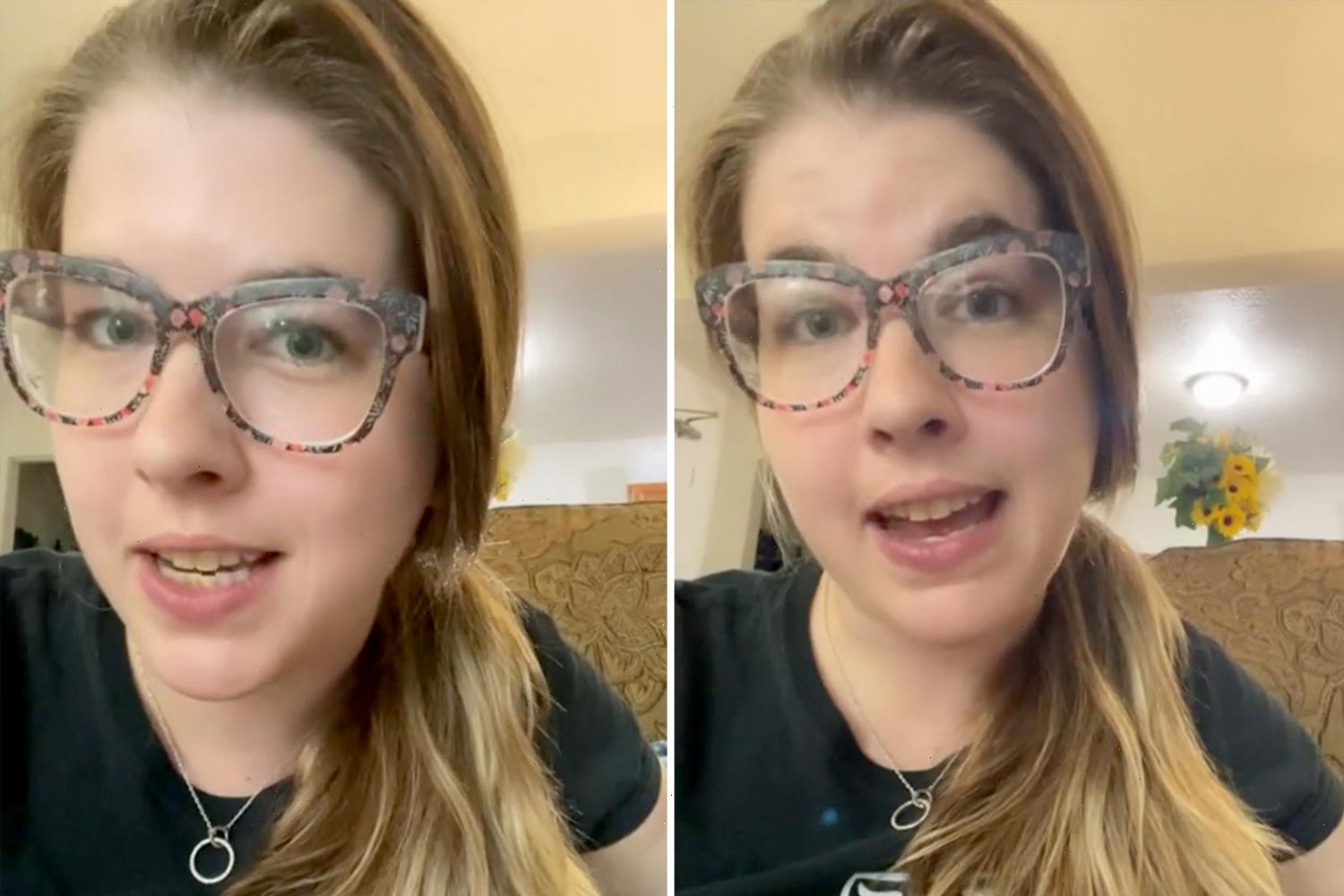 A YOUNG woman has revealed how her now ex-boyfriend's parents dropped a bombshell on her during Christmas dinner, as they told her that their son was once charged with attempted murder.

Posting a video to TikTok, a woman named Ally revealed the shocking red flags she originally missed and how she eventually managed to leave. 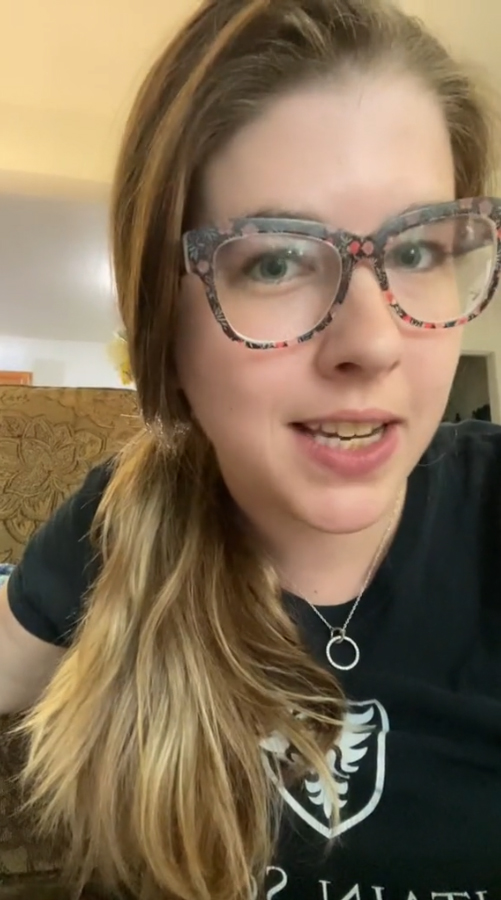 It wasn't until she had dinner with his parents last year that she was able to notice them.

This was the second Christmas spent with her then-boyfriend and it led to an "epiphany moment" that saw Ally finally breaking up with her partner.

"At Christmas dinner, his parents started talking about how he used to kill cats as a kid and how they couldn't have kittens they had to get an older cat because he would kill them," she said.

"And then, this is the fun part, I found out that he had been arrested for attempted murder when he was 15.

"We're dating at 28, this is 14 years later and suddenly everything makes sense and all of these weird suspicions I had, boom. I got out two months later and I don't regret a thing."

Ally met her ex-boyfriend when she moved back to her hometown in 2018 and started working as a server at the same restaurant he worked at.

"He was one of the first people who was really nice to me and despite the fact that he seemed not super well-off, he was really skinny and didn't eat much, I liked him," she explained.

"He was friends with a few of my friends so we would all play board games after work and it was nice.

"I didn't see anything weird about him and everyone was encouraging me to hang out with him, nobody had bad things to say about him at that point."

Slowly but surely things began to change, as he started to reveal his true self and Ally started noticing some worrying aspects of his personality.

Her former partner was often strapped for cash and would regularly ask her for hundreds at a time.

"While I was on a hiking trip he double cashed a check and called me and was like 'I need money right now I double cashed this check and they know I did and I've run out of money'," she said.

"During this time his car also broke down and he needed a tow truck and I was only gone for four days but I sent him money and paid all of it while also trying to buy food and stuff while on the road."

The next red flag was when he said he couldn't pay his rent anymore so the pair of them moved out into an apartment together.

Ally continued: "When we got his apartment I paid for everything. I paid first and last rent, [I paid for] damage, I paid for most of the furniture we had and within 48 hours I was like what the f*** did I sign up to."

On top of this, she said he would never help around the house and would stay up all night playing video games.

They also had an arrangement where Ally would pay for the groceries and he paid the bills, but he would often ask Ally for a couple of hundred dollars to help cover them.

Ally eventually realised he was telling her that the bills cost quadruple the amount they actually did, meaning he was most likely pocketing the money she gave him.

One day we were talking about what we'd do if we broke up and he said 'I will take everything you own and throw it off our third floor balcony, I will take your car and crash it, I will leave you hurt.'

Another red flag Ally picked up on was how he would act around animals.

"We adopted a cat during the pandemic and when we got her we were told that she was a super loving happy cat but he couldn't carry her, he couldn't hold her, he couldn't engage with her. That was my first red flag, this super happy loving cat hates this guy," she said

"My parent's dog would bark at him, would not like him, and I had a great relationship with her so it was very confusing to me why these animals didn't like him.

"She wouldn't even come into the room with me if he was in it. Part of me thinks he might have hurt her when I wasn't around but I'm not sure."

Ally also explained that he would often become aggressive in conversation.

She said: "One day we were talking about what they'd do if we broke up and he said 'I will take everything you own and throw it off our third floor balcony, I will take your car and crash it, I will leave you hurt.'"

Ally added that as far as she's aware, he has never killed anyone or attempted to hurt anyone since he was a teenager, saying that he is "just very unwell".

Thankfully, his parents warned her about their son and the pair are no longer together.

"[His family] were very helpful in getting him away from me in the end," she said. 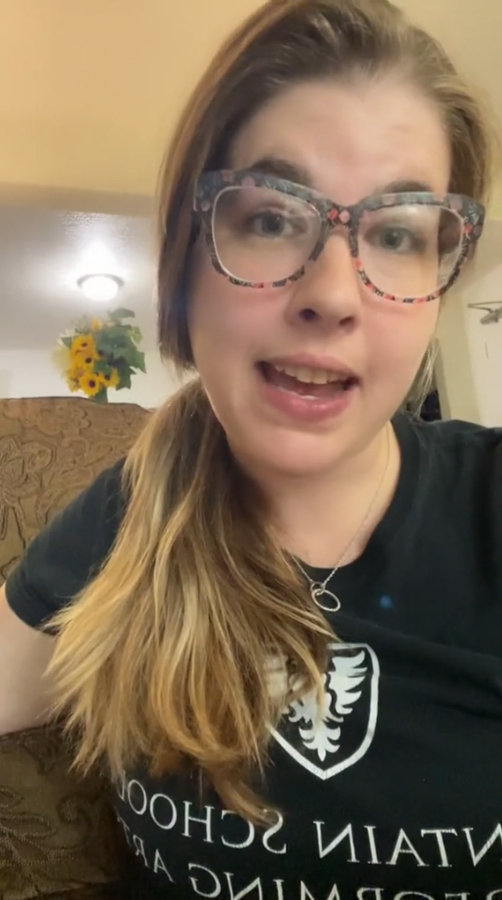 Elsewhere in relationships, I was a prison pen pal then fell in love, got married & I’m moving from Britain to America to be closer to him in jail.

Plus woman reveals worst Tinder date ever as match’s ‘dead ex’ turns up to the same restaurant.

And woman gobsmacked as stranger hands her a note urging her to RUN from her date.