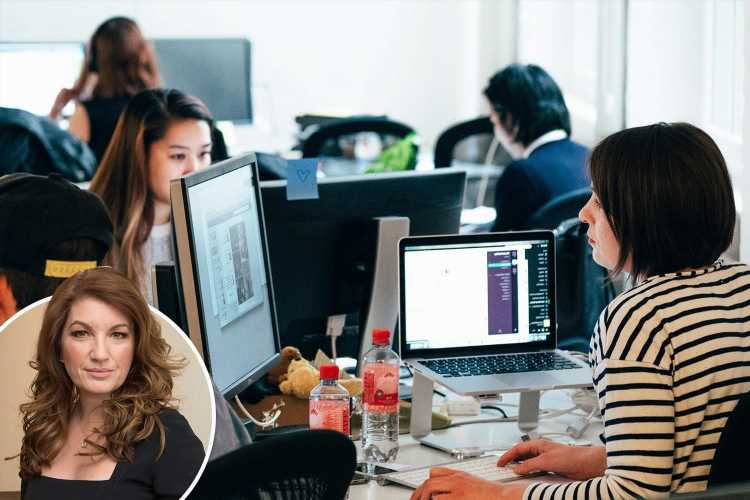 I KNOW this is a controversial view but I think people work more effectively and get more done when in the office.

But equally, I am not surprised that fewer than one in five workers had returned to their desks by the end of last month. 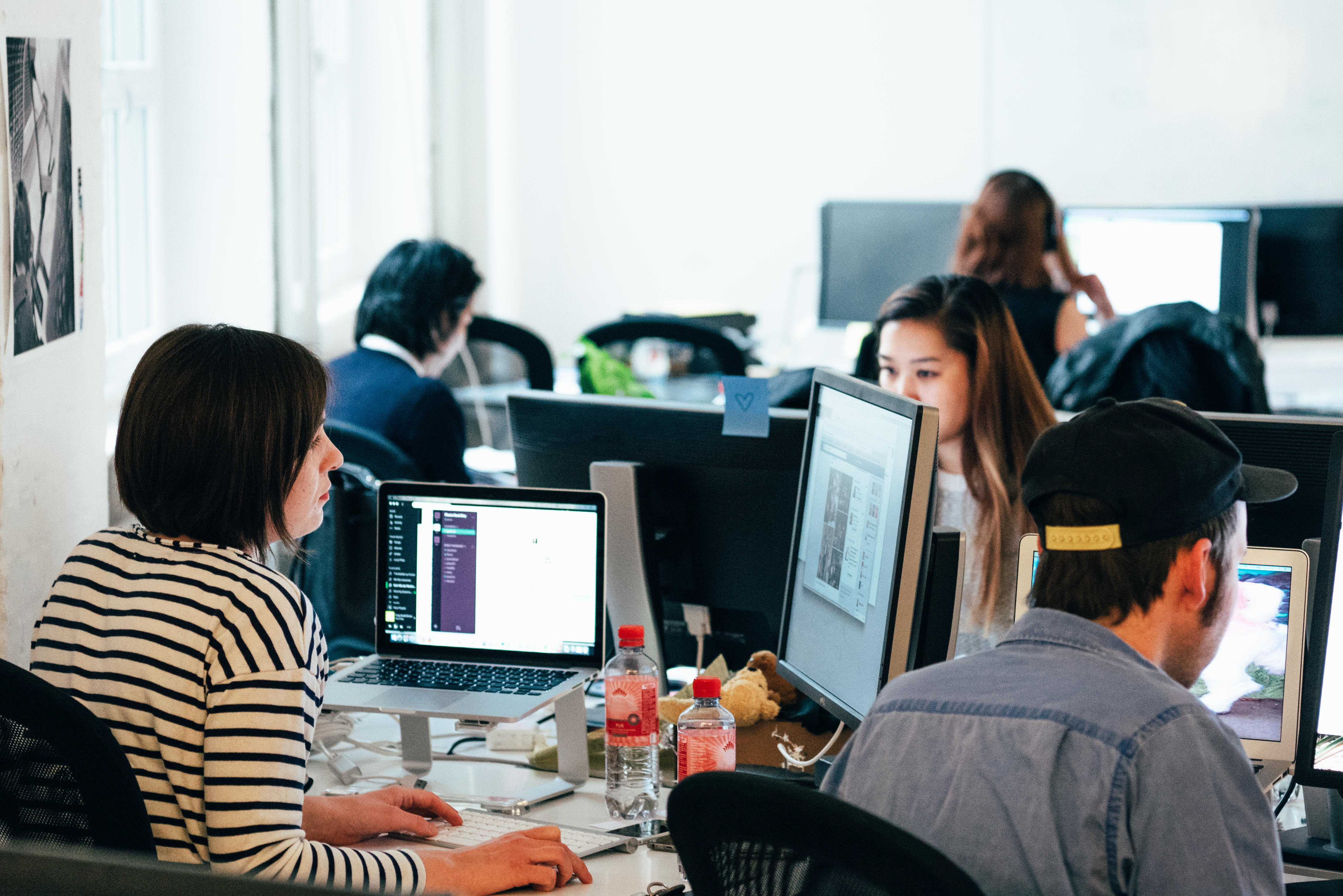 In many ways, working from home is a dream come true for lots of people.

In fact, at the start of lockdown we couldn’t believe our luck: No commute, all-day leisurewear and proximity to the fridge.

What is not to like? And of course, people are reluctant to submit to the misery and expense of public transport or incessant traffic jams.

Obviously, that could be moderated if people did not all start and end the working day at the same time.

But it seems we, as a nation, are not quite able to make that leap towards flexible working yet.

And in the meantime, the prospect of going to the office is bleak for many.

The average working day is around eight hours for full-time staff.

Add on another couple of hours for travelling and that leaves little time for a life.

Given that in the high street, a coffee costs £3 and a pint £5, and the fact that people can live outside the city and have a better house and cheaper mortgage, maybe it is time to accept that Covid — and technology that allows us to work from anywhere — has changed office life and the way we work for ever.

Google seems to think so.

It is so resigned to part of its workforce working from home that it is making it official.

It is planning to slash the salaries of staff who do not return to the office because of the savings they make on commuting and food.

On the one hand this seems fair — it does cost less to WFH.

But on the other, the idea of a salary disparity risks creating an apartheid between those at home and those in the office.

Also, workers have to invest in equipment such as computers and printers for their home office.

Plus their household bills, like heating, will rise. So maybe it’s not as fair as it looks.

Also, while it might be all very well for experienced workers to work from home, doing so as a new starter or apprentice and getting to know a new team remotely is incredibly hard.

I would go as far as to say that working from home is career suicide for younger people.

They will be overlooked in the workplace if they are not seen.

Anyone who wants to get on a decent career path needs mentors, the social life that work brings and, most of all, to be visible to their bosses and colleagues.

I fear “out of sight, out of mind” syndrome: You can’t catch your boss’s eye when they can’t see you. It is easy for people to feel and perhaps become ­irrelevant.

Also, the workplace is about so much more than just work.

People often make lifelong friends and even find a partner there.

It’s also a lot of fun — none of which can be had if you are alone at home.

And if you work remotely, you lose that connection with the culture and the drive and energy that is generated from working in a team.

It is so much better to be surrounded by people, exchanging ideas, building bonds and friendships, understanding people better and generally communicating in ways that you cannot effectively do online.

More often than not when you work from home, it turns into your own sweat shop with no boundaries, no clocking in or off, no dress code or walking out for lunch.

Going to work offers an essential boundary. It puts a buffer between home and work environments.

We definitely learned a lot from home working. Some people thrive on it.

But when it comes to the health and functionality of a team as a whole, I think three days in and two days at home is about the least you can get away with before people risk spiralling off into their own orbit — and work begins to suffer.

I could hardly bring myself to read about Nicola Priest, 23, who was jailed for 15 years for manslaughter last week.

Her little daughter Kaylee-Jayde was found dead this time last year with terrible chest and abdominal injuries at the flat where they lived in Solihull, West Mids. 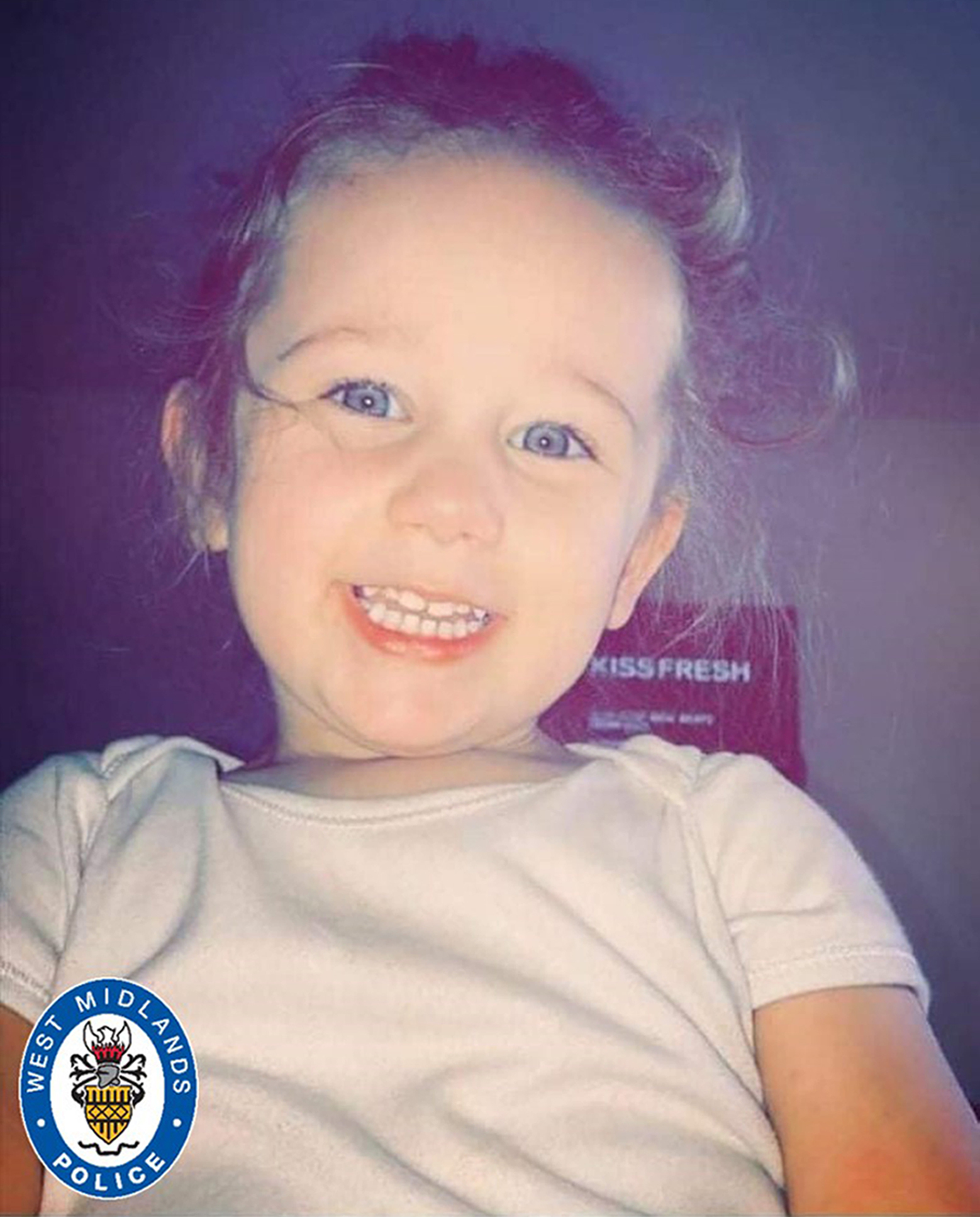 Medical experts have likened Kaylee-Jayde’s wounds to being hit by a car at 40mph or falling three storeys on to a concrete floor.

And the “crime” for which this little girl was punished – by death?

Interrupting her mother having sex with her boyfriend Callum Redfern, 22.

Redfern was jailed for 14 years for manslaughter and three years for a child cruelty charge.

This story is beyond disturbing.

Your mother is expected to protect you above everything else, not pose a grave danger to you.

Some videos have emerged of Priest dancing with Kaylee, who does not appear to be remotely happy.

Most three-years-olds dancing with their mum would be delightedly ­laughing and giggling.

But not this child, who instead appears to be monitoring her mother’s reaction, looking for signs this woman is not happy with her.

Now we know she was very likely worrying about whether she would bear the brunt of her mother’s wrath.

To me, this poor little girl has the look of someone trying to appease their attacker.

GOOD luck to Matilda “Tilly” Ramsay, who was this week named among the stars appearing on Strictly Come Dancing.

The CBBC presenter, daughter of chef Gordon, said she would fit in her appearances on the show around her studies, as she gears up for university in September. 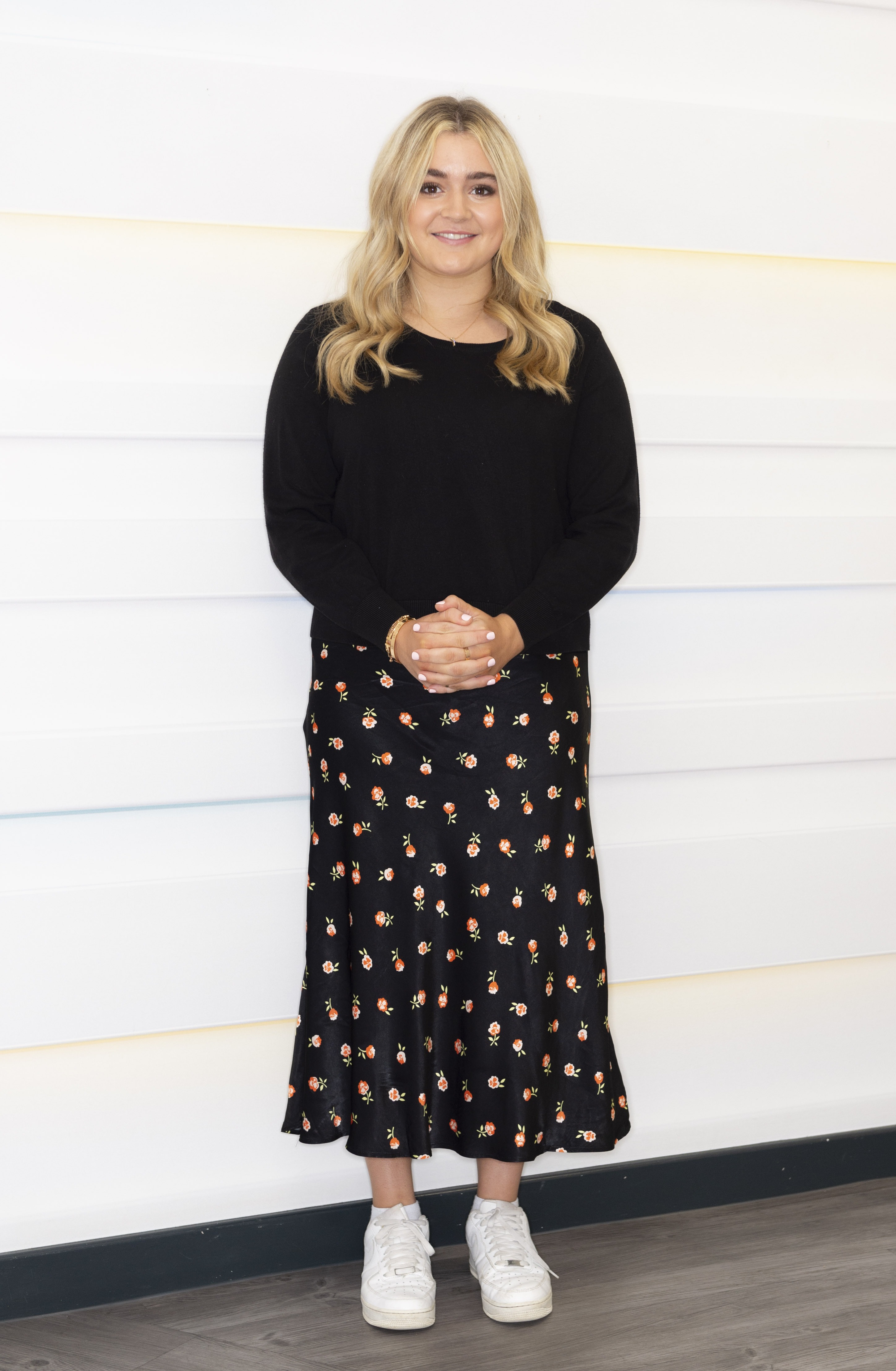 I would say it’s a rash decision to take on such a full-on challenge at the start of this new chapter in her life.

But given so many lectures will be online, it might be a good decision.

Smoking-hot Sofia gets her wiggle on

Mamma mia! The latest photos of Sofia Vergara, 49, who plays Gloria in Modern Family, are inspirational.

She is so full of vitality, verve and vigour . . . and is also smoking-hot. 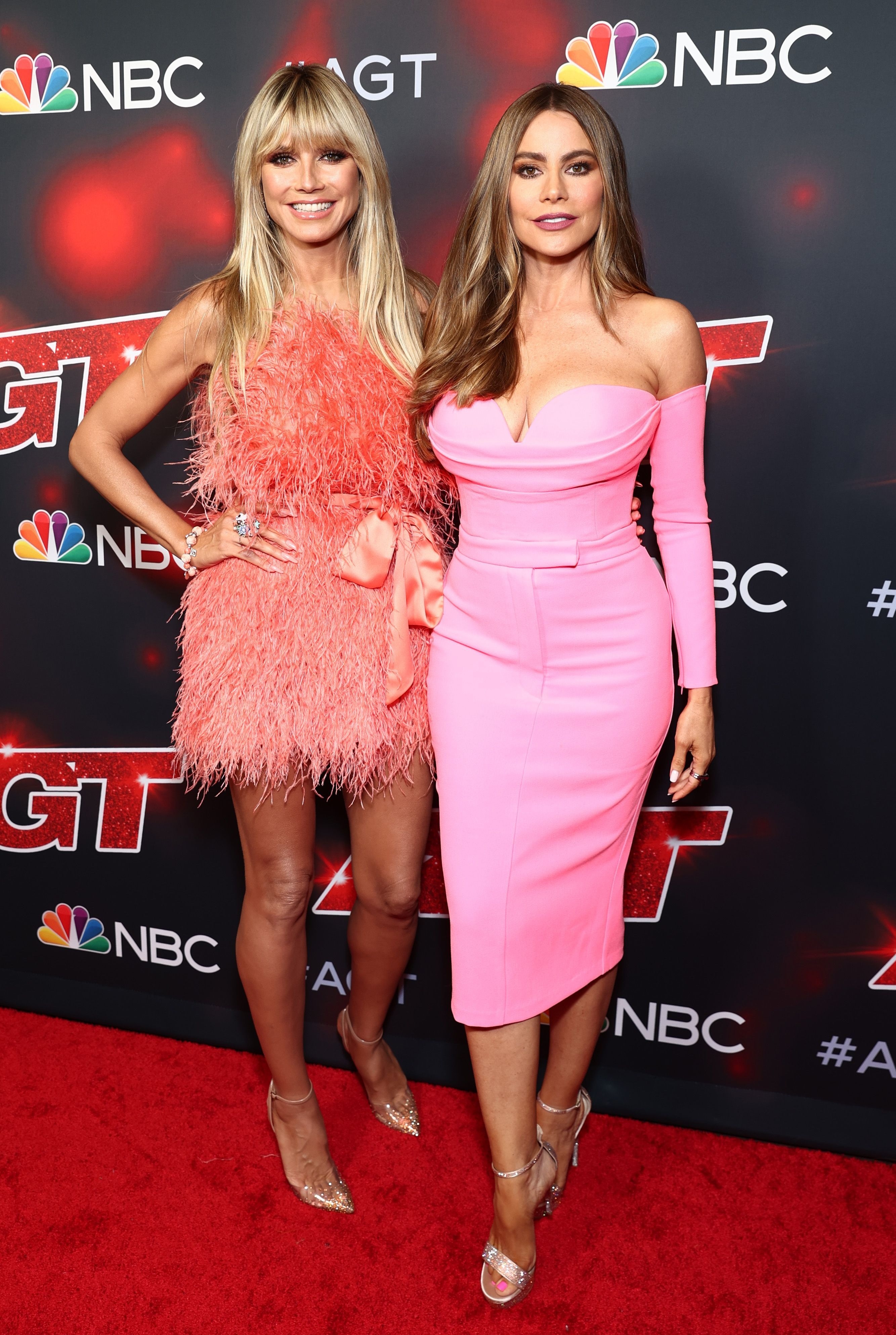 Standing next to Heidi Klum, on the red carpet last week, she looked a million dollars, better than women half her age.

A reminder youth is not everything.

One caption I saw said Sofia was wearing a “wiggle dress”.

I’d never heard of a wiggle dress before but from how she looked, I can see how they got the name.

WELL done to all the A-level and GCSE students who got good grades . . . and there were quite a lot of you.

On results day we saw grades hit a record high, with almost half of all A-level entries – 45 per cent – awarded grade A or A*. 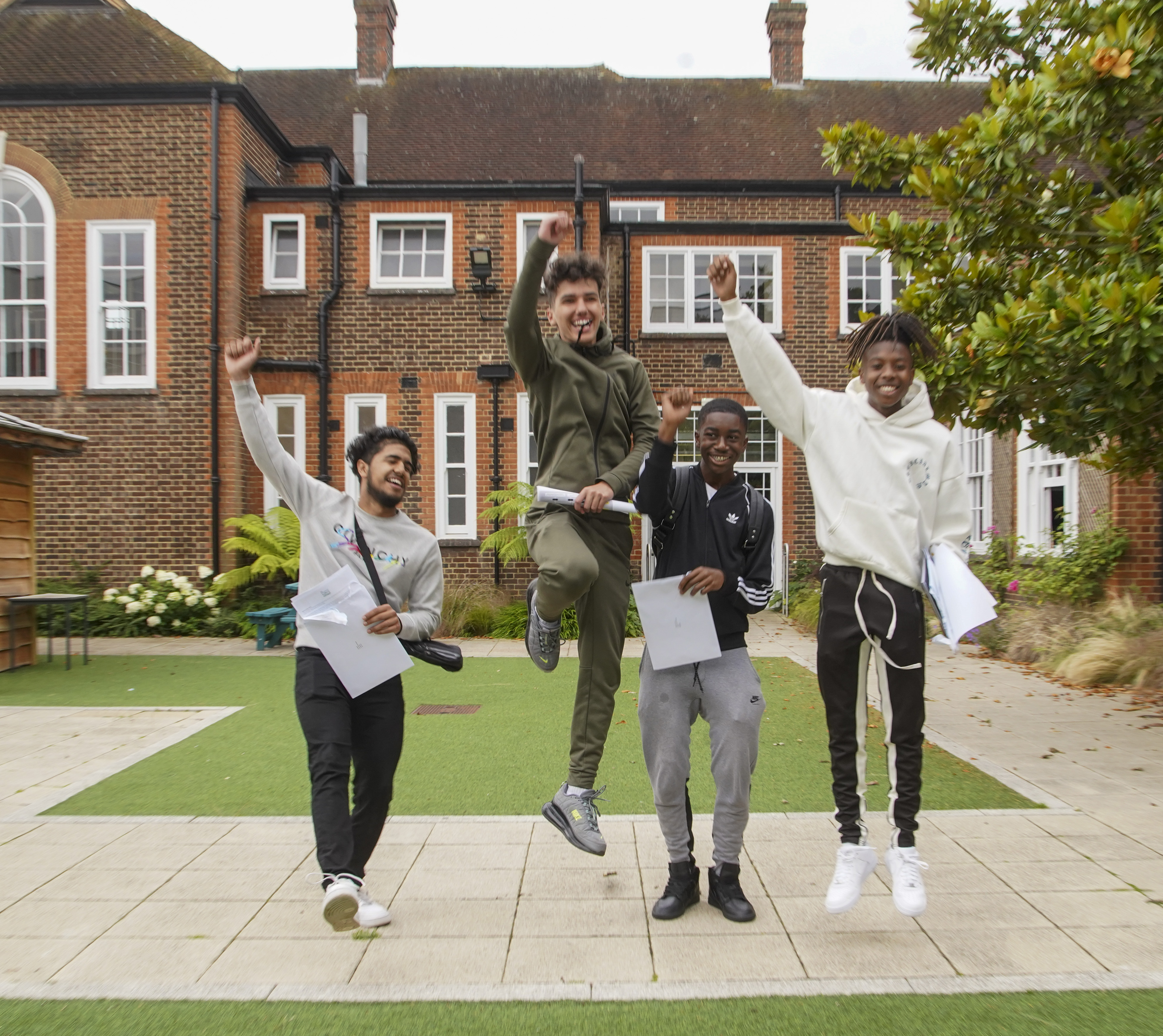 The grade inflation came after teachers decided results for the second year in a row, following the cancellation of exams due to the pandemic.

Hmmm. Is it a coincidence that after the two worst educational years of students’ lives, when results were decided by teachers, we got these record results?

Still, after the past 18 months or so, everyone deserves a break.

THOUGH more than half of Tory voters want Rishi Sunak to replace Boris Johnson when he leaves No10, the Chancellor is keeping his cards close to his chest.

Three times on ITV Rishi declined to answer questions on whether he wanted to step into the PM’s shoes. 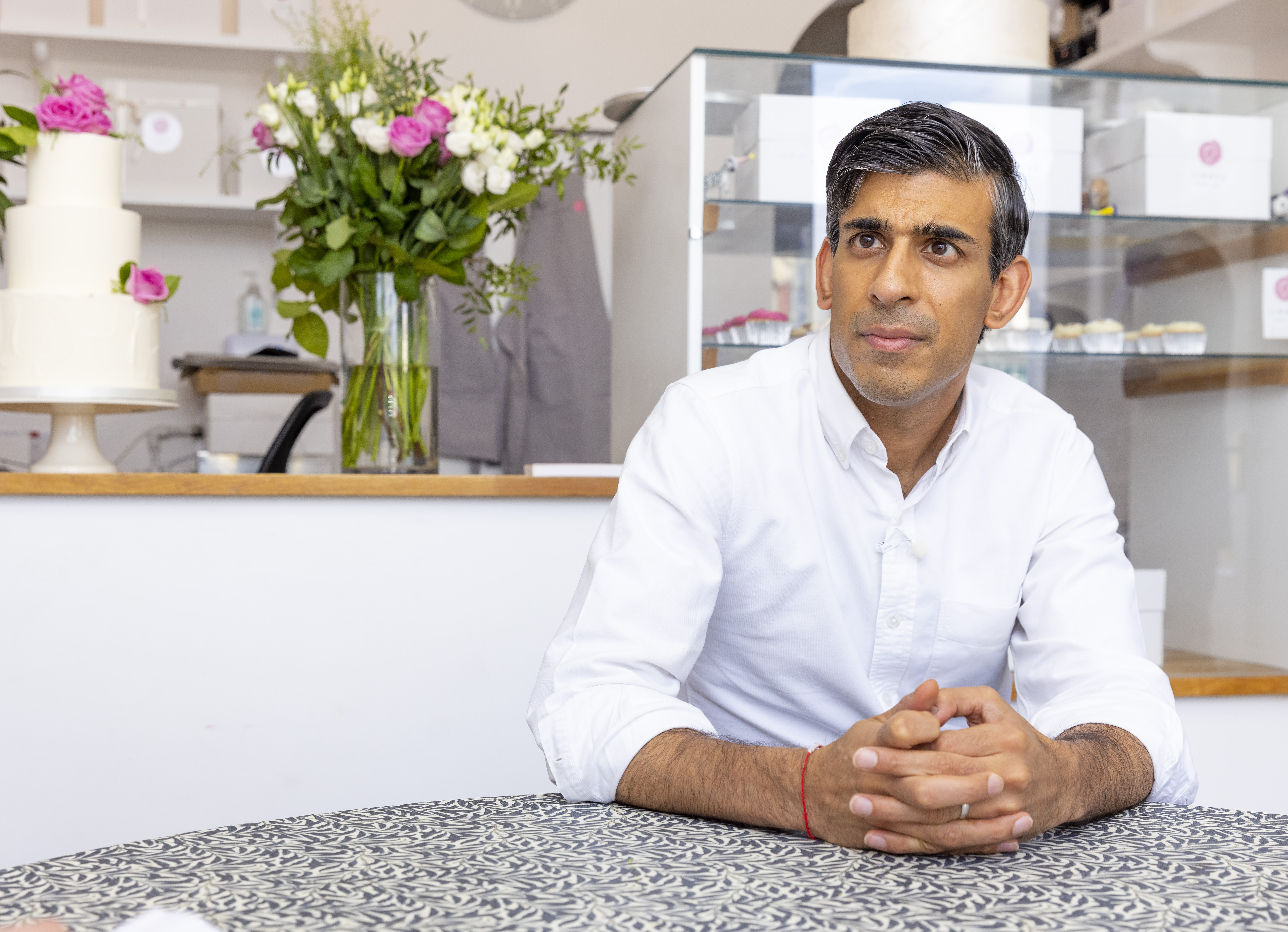 Given almost everyone in politics has ambitions to become Prime Minister, it’s a bit of a stupid question.

But I just wish he’d say: “Yes, one day I’d like to be the PM – but for now I am the Chancellor and I am concentrating on that.

“And while I am doing that, I’m supporting the current PM in every way.”