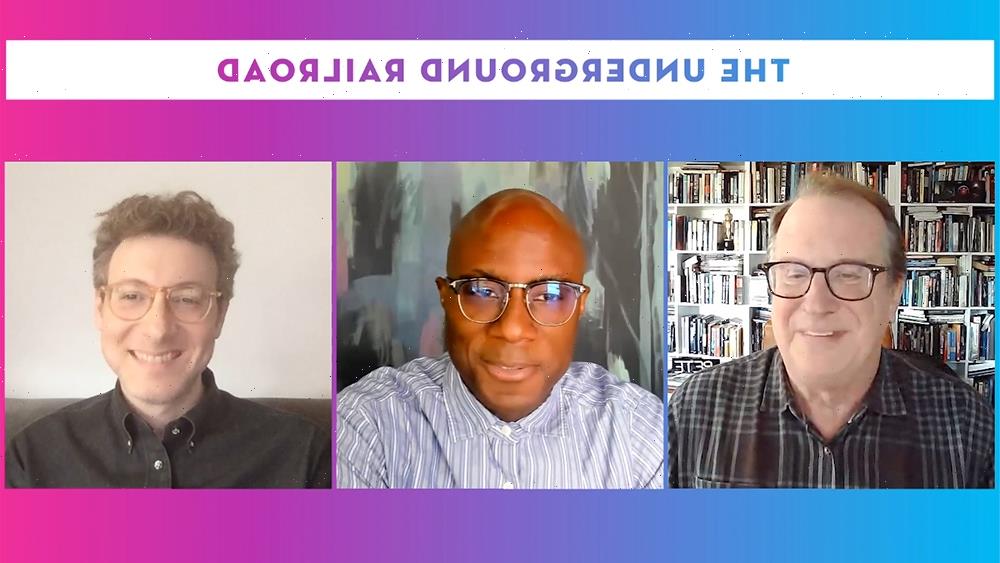 After winning acclaim and Oscars for your two most recent movies, what do you next? Well, if you are Barry Jenkins, whose Moonlight won Best Picture and Original Screenplay for him, and whose If Beale Street Could Talk won an Oscar for Regina King, well you tackle the most ambitious project imaginable, but one that has been brewing and calling out your name for two decades.

That would be his 10-part limited series The Underground Railroad, the epic and somewhat harrowing and fantastical story of Cora, a runaway slave who encounters the fabled Underground Railroad as she sets off on a journey to freedom. It is all based on Colson Whitehead’s bestselling novel, and has received seven Emmy nominations including Outstanding Limited Series and Best Director for Jenkins.

It is something Jenkins had to do, as he said when he and Emmy-nominated composer Nicholas Brittell joined Deadline for Amazon Prime Video’s panel at Contenders Television: The Nominees awards-season event.

“As a kid I was fascinated with the Underground Railroad, and I always imagined it as being Black people on trains underground. When I first heard the words, I literally saw Black people on trains underground, and I’ve always been a big fan of Colson Whitehead, the author of the novel,” Jenkins said. “I’ve been a big fan of his, and when I heard that he had written a book about the underground railroad, I just assumed that there was something about it that the literal conceit was going to take me back to that childhood vision, those childhood memories.

“And so, yes, before Moonlight even premiered at Telluride, I’d already read the book and engaged with Colson, and I never imagined that Moonlight was going to have the success that it had, but I did know that if it was going to have that success, that I might be able to pull out this 10-hour adaptation of the novel, and so that is how I spent the last five years of my life.”

There are parts of the series, particularly a slave torture scene in episode 1 and an ambush on a church full of Black worshipers in episode 9 that are particularly devastating and harrowing, but Jenkins did not want to sugarcoat reality, even in a show that also presents levels of fantasy as well. Did he ever feel he should tone it down?

“There was a feeling of holding back, but I think what more of it was, was just a fidelity to the experience of my ancestors. I had to tell the truth, and I will say, having done research and preparation for this show, the truth is much worse than anything we were able to communicate in the show, or that we decided to communicate in the show — but yeah, it was a choice,” he said. “I felt like in order to really understand what the character is exploring you know, what her journey is about, you have to understand what was at the root of it, and the root of it, even though this is a show, because there’s trains running underground is fiction, it is rooted in truth, the truth of that experience.”

Jenkins has worked with Brittell on his previous films so they do have a shorthand between director and composer, but this was a unique assignment, Brittell says, especially that because of Covid he had to essentially conduct the orchestra in London over a Zoom connection from L.A.

“It was the first time I’ve ever done that, and you know, as a composer, one of the most joyful parts of the process is being in person and being able to conduct. I love conducting the scores, but in this case, it was pretty remarkable with the technology that’s available today,” he said. “We used a program called Audio Movers, where you can get a virtual real-time link to the mixing board in London. And so, while we were in L.A., I would get up at 5 in the morning and record for eight hours, and we’d have Zoom cameras everywhere, and then through my speakers I’d be hearing literally what they were hearing in the mix room at AIR in London. So, it all came together. I wasn’t able to conduct these unfortunately, but I was able to, literally every note of this, we oversaw from L.A., and it was incredible that we were able to do it that way.”

Check back Monday for the panel video.