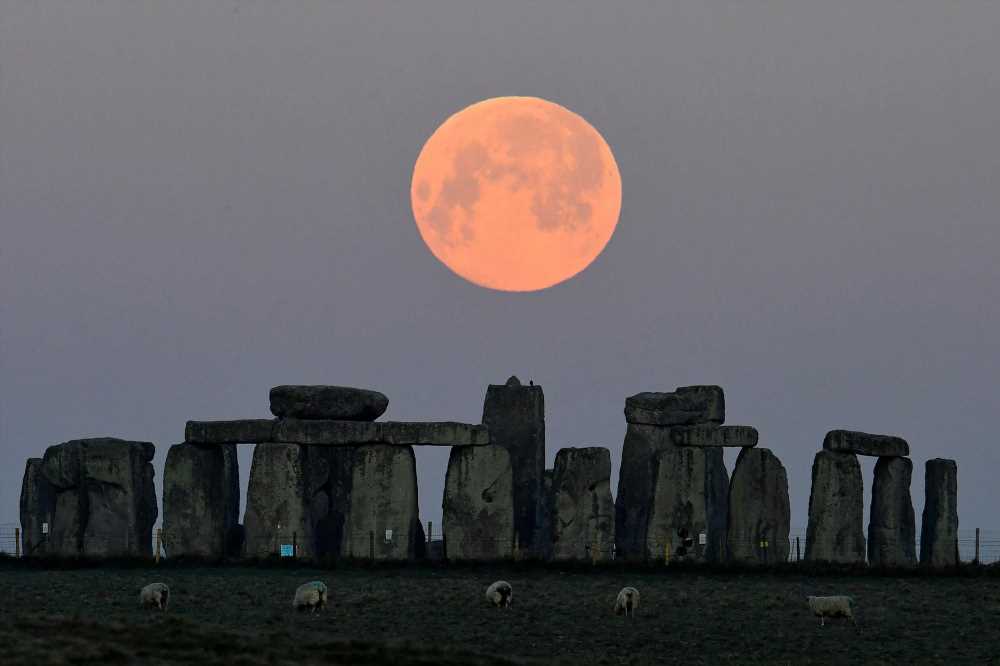 It’s a rock of the ages.

A long-lost piece of Stonehenge has revealed the prehistoric monument is nearly 2 billion years old — giving new insight into its super-durable makeup, according to a new study.

Robert Phillips, a worker restoring the monument in England in 1958, took home a rock fragment that was recently unearthed and studied by researchers at the University of Brighton in England.

The fact that the monument’s minerals formed 1.6 million years ago — back when dinosaurs roamed the Earth — explains why it has lasted so long, University of Brighton geomorphologist David Nash, who led the study, told Reuters.

“This explains the stone’s resistance to weathering and why it made an ideal material for monument-building,” Nash said.

The study showed that the silcrete compound of the rock is largely composed of grains cemented tightly together by interlocking crystals of quartz, which is extremely durable and does not easily crumble or erode even when exposed to the elements.

The megaliths are made of stone called silcrete, which formed gradually within a few yards of the surface as a result of groundwater washing through the underground sediment.

Researchers studied a core sample of the rock, called Stone 58, which was kept in the US for decades before being returned to Britain for research in 2018. The sarsens were erected at the site on Salisbury Plain in Wiltshire by late Neolithic people around 2500 BC.

On Wednesday, researchers described the comprehensive study, which provided a glimpse inside one of Stonehenge’s 52 sandstone megaliths, known as sarsens, gaining insight into its geology and chemistry, according to Reuters.

Stone 58, stands about 23 feet tall, with another 7 feet underground, and an estimated above-ground weight of 24 tons.

The core sample — about an inch in diameter and roughly a yard long – is brighter than the pale-gray exterior of the megaliths.

It was given as a souvenir to Robert Phillips, who worked for a company involved in the conservation work. He took it with him with permission when he emigrated to the US in 1977. In 2018, he decided to return it to the UK for research. He died in 2020.

“Getting access to the core drilled from Stone 58 was very much the Holy Grail for our research,” Nash told Reuters. “All the previous work on sarsens at Stonehenge involved samples either excavated from the site or knocked off from random stones.”

The scientists used CT-scans, X-rays, microscopic analyses and other techniques to study fragments of the core sample.

“This small sample is now probably the most analyzed piece of stone other than moon rock,” Nash said.

“The sandy sediments within which the stone developed were deposited during the Paleogene period, 66 [million] to 23 million years ago, so the sarsens can be no older than this,” Nash told Live Science.

But when the researchers compared ratios of neodymium isotopes — or atoms of the element with a different number of neutrons in the nucleus — in the samples, they found that some sediments were even more ancient, according to the outlet.

Some grains were likely eroded from rocks dating to the Mesozoic era, when they may have been pounded on by dinosaurs, according to Nash, who said that some of the grains formed as long ago as 1 billion to 1.6 billion years ago during the Mesoproterozoic Era.

The findings were published in the peer-reviewed journal PLOS ONE.