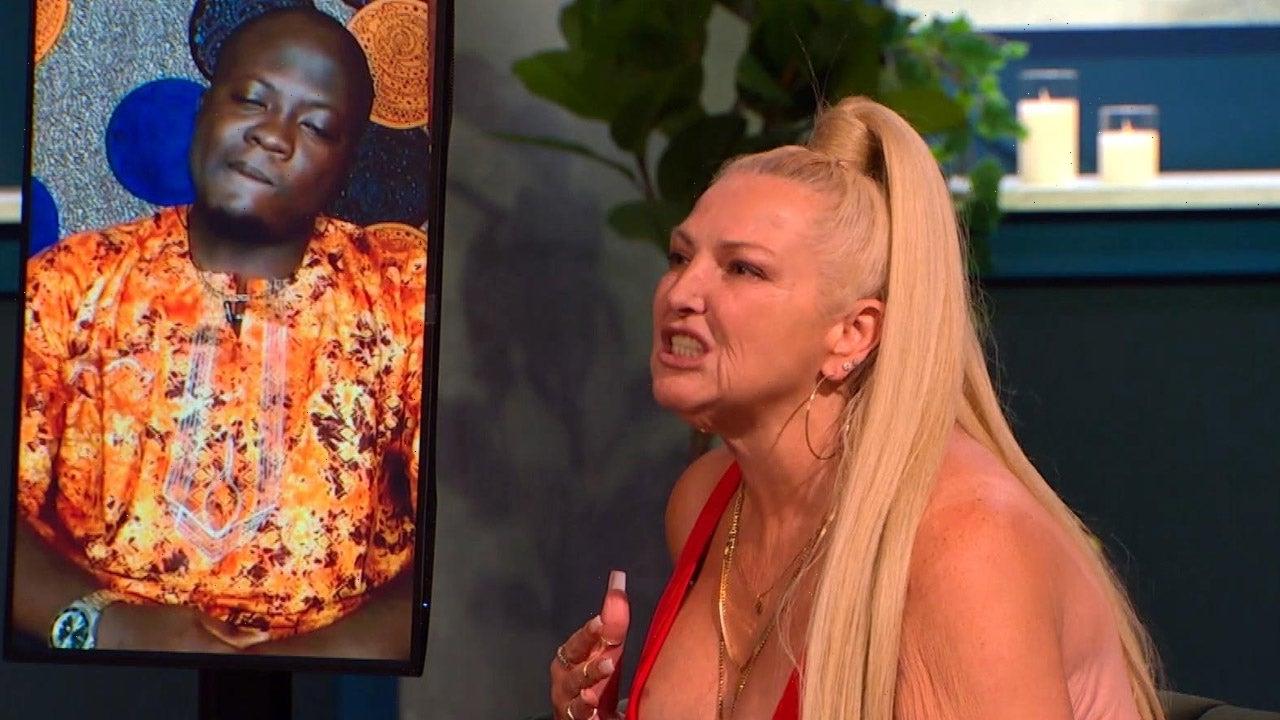 90 Day Fiancé star Angela truly has no filter. In this explosive preview of this season of90 Day Fiancé: Happily Ever After?‘s two-part tell-all, Angela shockingly bares her breasts amid a fight with her husband, Michael’s, aunt, as the rest of the cast tries their best to avert their eyes.

This season of 90 Day Fiancé documented Angela getting weight loss surgery as well as a breast reduction. In the preview, Angela and Michael argue after Angela reveals she attended a birthday party for the handsome doctor who did her breast reduction, Dr. Obeng, with whom she’s heavily flirted with in the past. Michael is not surprisingly unhappy with the revelation, and Angela loses her temper when his aunt, Lydia, tells her she needs to respect her husband.

“You mind your own business, you will not f**king tell my husband what to do,” she says, getting up from her chair before shockingly pulling down her red jumpsuit to flash the camera. “Suck on these brand new f**king t*tties, b**ch. How do you like that s**t now?”

Meanwhile, the rest of the cast is also struggling with their marriages. After fighting all season long, Mike finally appears ready to throw in the towel when it comes to his marriage to Natalie, asking, “Anyone know a good lawyer?” Natalie shoots back, “If you think you can find a better woman than me and be happy I will only pray for you, honestly.”

As for Asuelu and Kalani, his sister, Tammy, makes an appearance alongside his mom, Lesina. Tammy is as confrontational as ever, this time threatening to come for 90 Day Fiancé star Yara.

Other shocking moments include Ronald insinuating Tiffany cheated on him with a cameraman, and Elizabeth’s brother, Charlie, showing up to the tell-all to confront Andrei after their fist fight. During the preview, Yara also threatens to take her and Jovi’s daughter, Myla, back to Ukraine with her as it’s obvious things between Yara and Jovi haven’t improved after his questionable strip club antics.