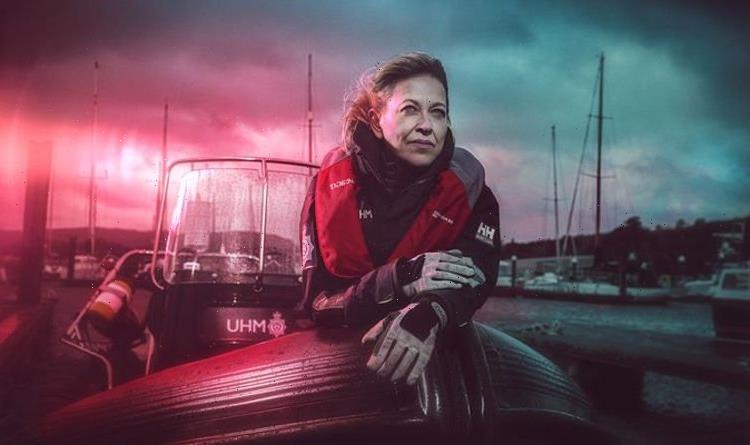 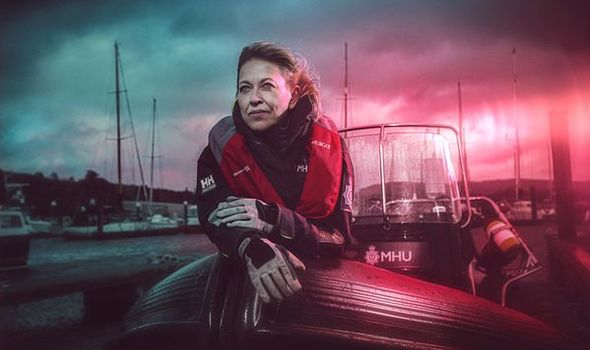 She was stabbed to death in BBC drama Spooks and killed in a car accident in ITV’s police series Unforgotten, but Nicola Walker is banking on living to fight another day in her latest role after surviving her most challenging shoot yet.

Next month we will see her playing the head of a Glasgow marine homicide unit, a part for which she had to get a real powerboat licence so she could execute a series of death-defying moves on the River Clyde.

“This is my licence,” says Nicola, 51, gleefully waving it in the air. “We had to do the man overboard procedures and navigating lights and buoys, and we can drive them quite safely now.

“Normally, as an actor, you get so infantilised on set. You have someone following you when you go to the toilet and they almost wait outside to return you to the set again.

“But when we were on the water and the rest of the crew were on a floating platform, you couldn’t see them and they actually floated off, so that was a bit of an issue!

“Me and Jamie [co-star Jamie Sives] were just doing quite fast figures of eight until someone on a walkie-talkie told us to get back into position. We found out very quickly that walkie-talkies, the Scottish weather and very fast RIBs [rigid inflatable boats] don’t go well together.

“However, it was really freeing because we were answerable to no one and there were large chunks of the day when we were on the water.”

Having put in the work to pass the speedboat test, Nicola’s now a little concerned that viewers will think it’s a stuntwoman at the wheel as she zips up and down Scotland’s rivers and lochs. And she wants all the credit.

“I think there should be more of me on the boat,” she laughs. “When it is all edited together you never really feel like it shows that you really did it – but we really did!”

Another issue was the sub-zero weather conditions. Like most actors, Nicola is keen to look as svelte and attractive in her costume as possible.

And who can blame her? In Last Tango In Halifax she played sheep farmer Gillian, a woman with a wardrobe that consisted almost entirely of old jeans, waterproofs and wellies. So she was looking forward to wearing her outfits for Annika Stranded, the eponymous Norwegian heroine of her new six-part murder mystery.

“You think you are going to look really glamorous and amazing,” she laughs. “But I didn’t factor in how ****ing freezing it was going to be in Scotland in January.

“I don’t know why I didn’t think of that.

Normally when it is cold and you are filming, your vanity as an actor says, ‘No, no, I won’t take extra layers because I want my costume to look nice.’ But Scotland made me go, ‘I want everything. I want every single item of thermal clothing and I want to wear 72 layers so I don’t look as glamorous as I imagined.’ I look like I can barely move because I am wearing so many clothes in extreme weather conditions.”

Annika, which started out a drama series on BBC Radio 4, has Nicola’s character addressing the audience directly in some scenes… “breaking the fourth wall” in theatrical parlance. It required her to look straight down the camera – which is generally viewed as a major faux pas.

“If you look down the barrel normally on a drama then you really get told off because you are not meant to,” explains Nicola. “Then suddenly you are doing the opposite of what you are meant to do. So it was weird and difficult on the first day but after that I really, really loved it. I did become slightly obsessed with it and now I imagine that I’m talking to someone who is sitting at home on their sofa as if they were my silent partner in crime and I reveal things to them and I withhold things.

“But it has destroyed me. I’m filming (something else) at the moment and I keep getting told off for looking down the barrel. I’m sort of turning into Annika!

The radio series was initially set in Norway, but when it made the transition to TV, writer Nick Walker moved the setting to Scotland. The main character is still Norwegian though, so Nicola has had to master the accent, and at least some of the challenging language.

“There is an episode later on in the series where Annika is talking to her father and that had to be obviously in Norwegian but my Norwegian friend helped me with that,” Nicola explains.

“It basically involved me doing Zoom, her laughing at me and telling me how terrible I was but she pushed me through and I got there.”

For the past three decades, Nicola has worked pretty much non-stop. Her only real break from our screens came in 2006 to give birth to her son Harry.

Nicola and her husband, the actor Barnaby Kay, named him after Harry Pearce, her character’s boss in MI5, played by Peter Firth.

At the time, she was starring as MI5 intelligence analyst Ruth Evershed in the much-missed spy drama Spooks, eventually returning in 2009 until her character met a sticky end in the final episode of series 10.

But it was her role as the woman she calls the “fabulous, aggressive, emotional” Gillian in Last Tango In Halifax, Sally Wainwright’s comedy-drama series — alongside Derek Jacobi, Anne Reid and Sarah Lancashire — that cemented her reputation as one of our most versatile and popular TV actresses.

Then she went on to play determined but troubled detective Cassie Stuart in ITV’s Bafta-winning crime drama Unforgotten alongside Sanjeev Bhaskar. Viewers were devastated when the much-loved Cassie failed to recover from her road accident injuries and died in hospital.

But Annika is a very different sort of detective… witty, eccentric and very Scandi-noir, even if she is based in Glasgow.

“She would probably really dislike being called quirky but she is idiosyncratic… she also has a reputation for getting results,” Nicola muses. “I think she’s really good fun.

“Her managerial skills are very interesting – I don’t think she has them! She has skipped all the courses and she lies to her new boss that she went on the managerial course and she didn’t.”

Let’s just hope those failings don’t lead to the death penalty for this character.