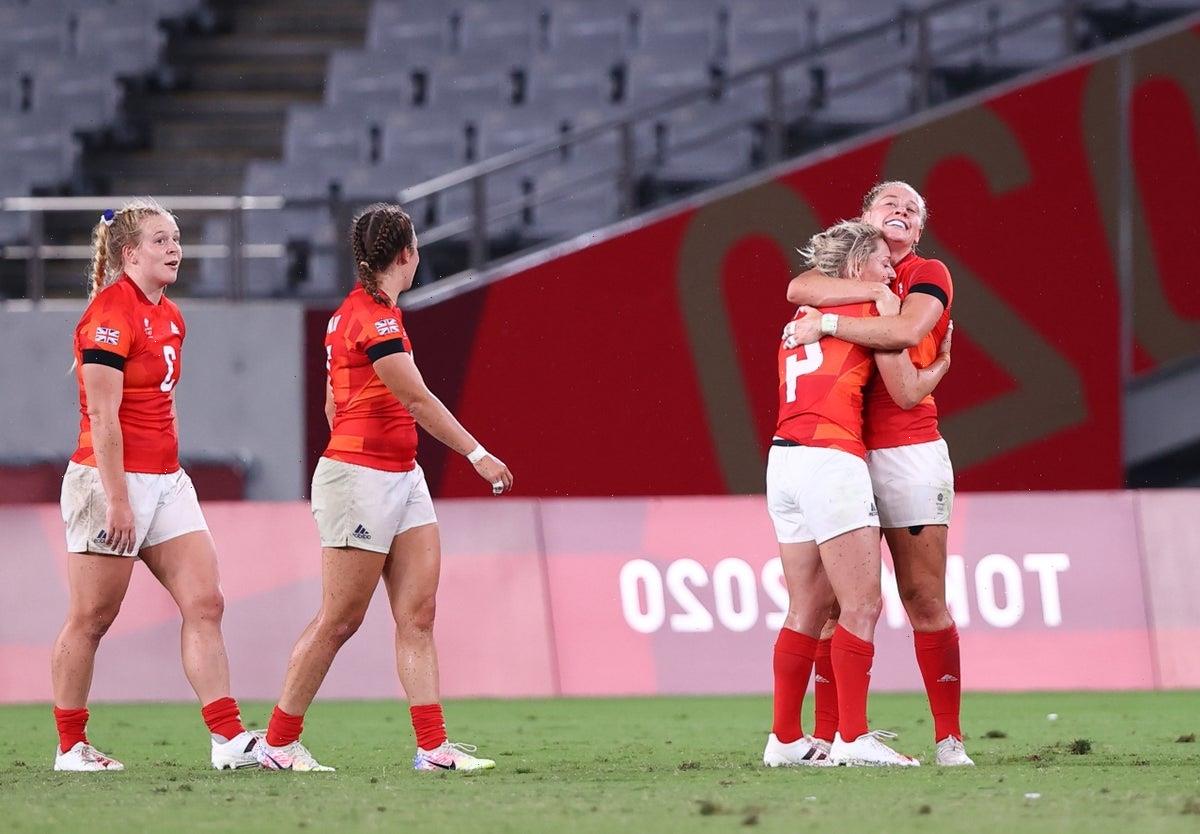 Great Britain’s women will play France on Saturday for a place in the Tokyo Olympics sevens final.

A 21-12 victory over the United States put them into the semi-finals, which means they have at least matched their performance at the Rio Games five years ago.

It was a dominant display that saw Jasmine Joyce score the opening try after just 38 seconds.

Holly Aitchison converted, and then added the extras to an Abbie Brown touchdown as Britain built a 14-point interval lead.

Joyce’s second try early in the second half, again converted by Aitchison, gave the United States a mountain to climb, and it proved too much despite late tries by Kristi Kirshe and Naya Tapper.

Fiji and New Zealand will contest the other last-four encounter after the former knocked out defending Olympic champions Australia 14-12.

Britain’s Celia Quansah said: “The grit and determination we showed, especially in that defensive set at the end was unreal.

“We showed heart like no other, and I am just so proud of the team. We know what we’ve got to do – fuel up and come back firing tomorrow.”

“We’ve got some of the smallest girls, we are not a big team. Defence wins you the game and makes it easier once you have got the ball.”

France overcame China to secure a semi-final spot, but the odds favour a Great Britain versus New Zealand final.

If that happens, it would be a repeat of their pool game earlier in the tournament that New Zealand won 26-21 after trailing by 21 points.