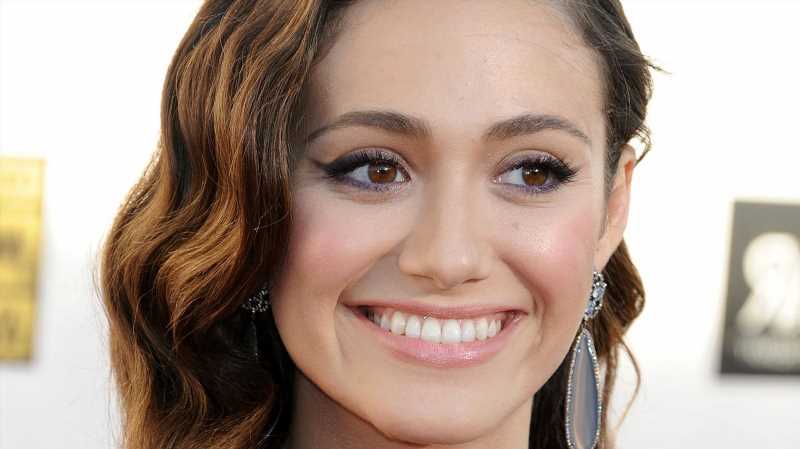 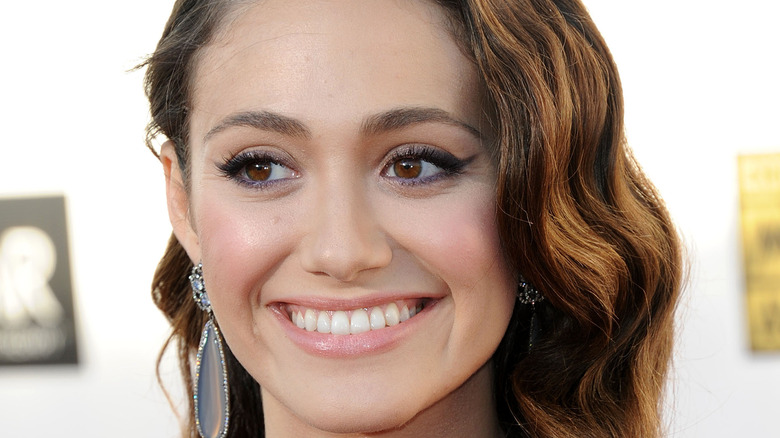 It’s not uncommon to look to the stars faces for the latest beauty trends. After all, if something can hold up well enough for someone always being photographed, it will surely be good enough for our daily use. Emmy Rossum is a great example of someone who looks amazing while putting products to the test. Whether the “Shameless” star is portraying the chaotic life of Fiona Gallagher, performing a blink and you’ll miss it cameo as a caroler in “Mr. Robot,” facing major disasters in “The Day After Tomorrow,” appearing in a Beyoncé music video, or even making one of her own, she always looks stunning (via IMDb).

How? Of course, they often have help as the “Poseiden” star pointed out when she told Byrdie, “I used to do [my own makeup] a lot for red carpet, but now I do it more for every day because sometimes I get help.” Sometimes the celebs steal the makeup secrets they use on camera for those everyday looks. That is the case with Rossum ,who has taken the eldest Gallagher’s no-makeup look home with her in a big way. The “Phantom of the Opera” star was not only willing to divulge her Shameless beauty secrets, she even became an ambassador for the product (via Coveteur). 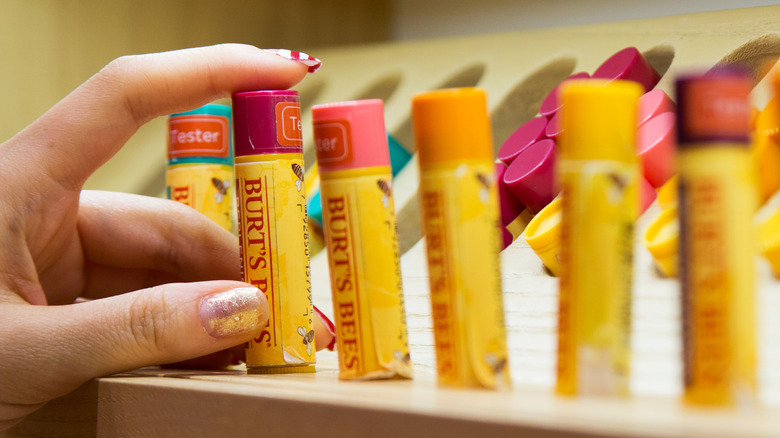 Emmy Rossum swears by one product line on and off camera for flawless lips, and that’s all-natural brand Burt’s Bees. Rossum told People, “Fiona has a very natural look. The Burt’s Bees tinted lip balm is all we use on Fiona.” So how did the “Beautiful Creatures” actress get involved with the company personally? “I think [Burt’s Bees] probably saw that I was posting about the lip balms and using them on ‘Shameless,'” she told Byrdie. She touts the natural aspect of the products stating, “The products themselves are made with natural ingredients and not tested on animals and that really hit home on a number of levels for me.” She uses more than just lip balms in her go-to lip looks. About their lipstick, she raved, “Having a lipstick that has jojoba oil and other things in it that makes it feel really nourishing is really nice.”

And the best part is you don’t have to break the bank to get her faves. Us Weekly reported that the “Slow Me Down” singer was spotted out an event looking sensational wearing Burt’s Bees Matte Lip Crayon in Napa Vineyard. A product that retails for less than $10! (via Burt’s Bees). At that price, why choose just one?