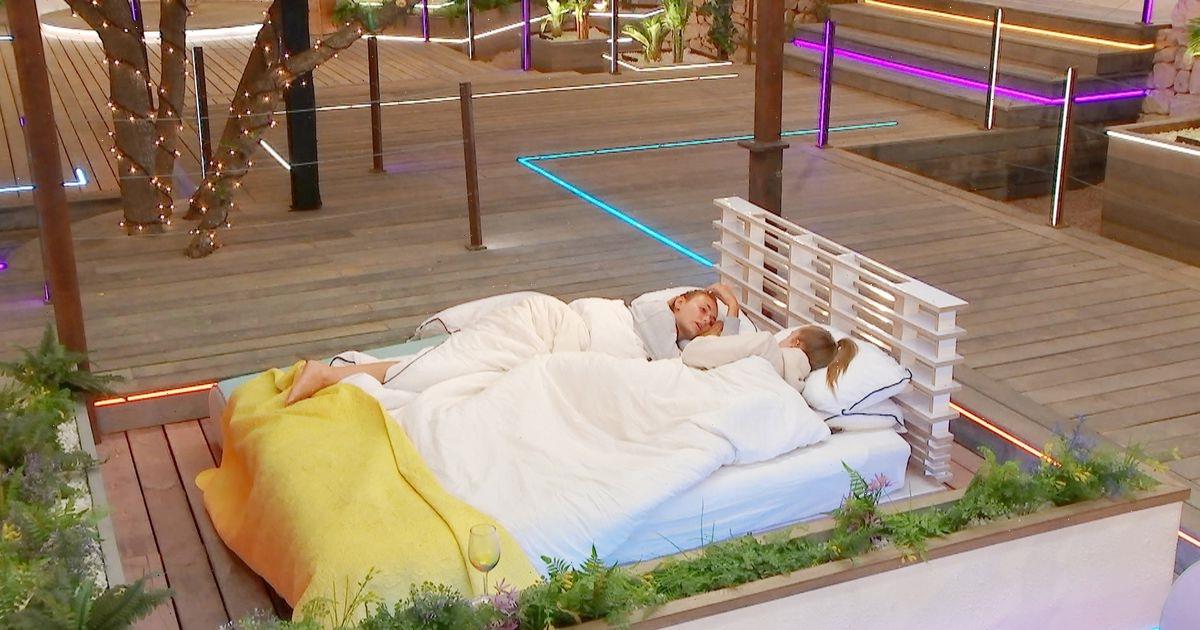 Love Love Island? Our Factor 50 email brings all the goss direct to your inbox

Love Island is set to take yet another dramatic turn as the contestants in both the villa and Casa Amor discuss their sleeping arrangements on Tuesday night's episode.

In scenes yet to unfold, Millie Court admits she "definitely does not want to sleep next to a boy" while Abigail Rawlings adds: "It's a bit too soon, isn't it?"

Speaking of her flirtatious bond with Tyler Cruickshank, Kaz Kamwi echoes the other girls' thoughts as she adds: "I feel like I just got into bed with a boy I really like."

However, things don't appear to be as difficult for Tyler over at Casa Amor, as he decides to share a bed with Amy, after enjoying a kiss with her during a game of Truth or Dare.

And Toby and Mary appear to be taking things to the next level as they also decide to share a bed.

And when asked by Tyler and Amy what their plans are, Toby explains: "We can have a chat in bed with no distractions."

While the rest of the boys make arrangements to sleep inside, Teddy and Jake head outside to the daybed.

However, Liam Reardon doesn't appear to be sleeping on the daybed, and viewers will have to tune in to see just where he'll be dozing off during the evening.

Meanwhile, viewers will also see Chloe making it known that she eyes for the new boy Dale.

Speaking with the girls on the terrace, Chloe says: "Dale, potential to fancy. If I had to pick one to snog now, it would be him."

Chloe later pulls Dale for a chat on the sun deck. Later, speaking in the Beach Hut, Chloe says: "I've got a crush on Dale. When he was skipping, I thought, 'that is fit!' He's a good height because I don't fancy tall boys."

The feeling appears to be reciprocated with Dale later saying in the Beach Hut: "She's really fun. She's made me feel super welcome in the Villa. I'm loving her energy."